One particular dish has proven to be a crowd favorite each and every year. Although I try to keep these as rare sighting, special occasion treats (kind of like Santa Claus), I do get messages throughout the year with people craving them. Three words: BACON STICKY BUNS! They are the a rich, soft, sweet dough made with both butter and rendered bacon fat in the dough then spiraled with a lovely sugar and cinnamon mixture.  The buns are topped with a sticky, caramel, honey and BACON mixture.  The bacon is nice and crunchy so they stay delicious whether warm or room temperature.  Each bite is a mixture of sweet and savory, crunchy and chewy, but overall BACON-Y.  The bacon in this dish is neither subtle nor hidden.  It is showcased front and center:  right where it should be. 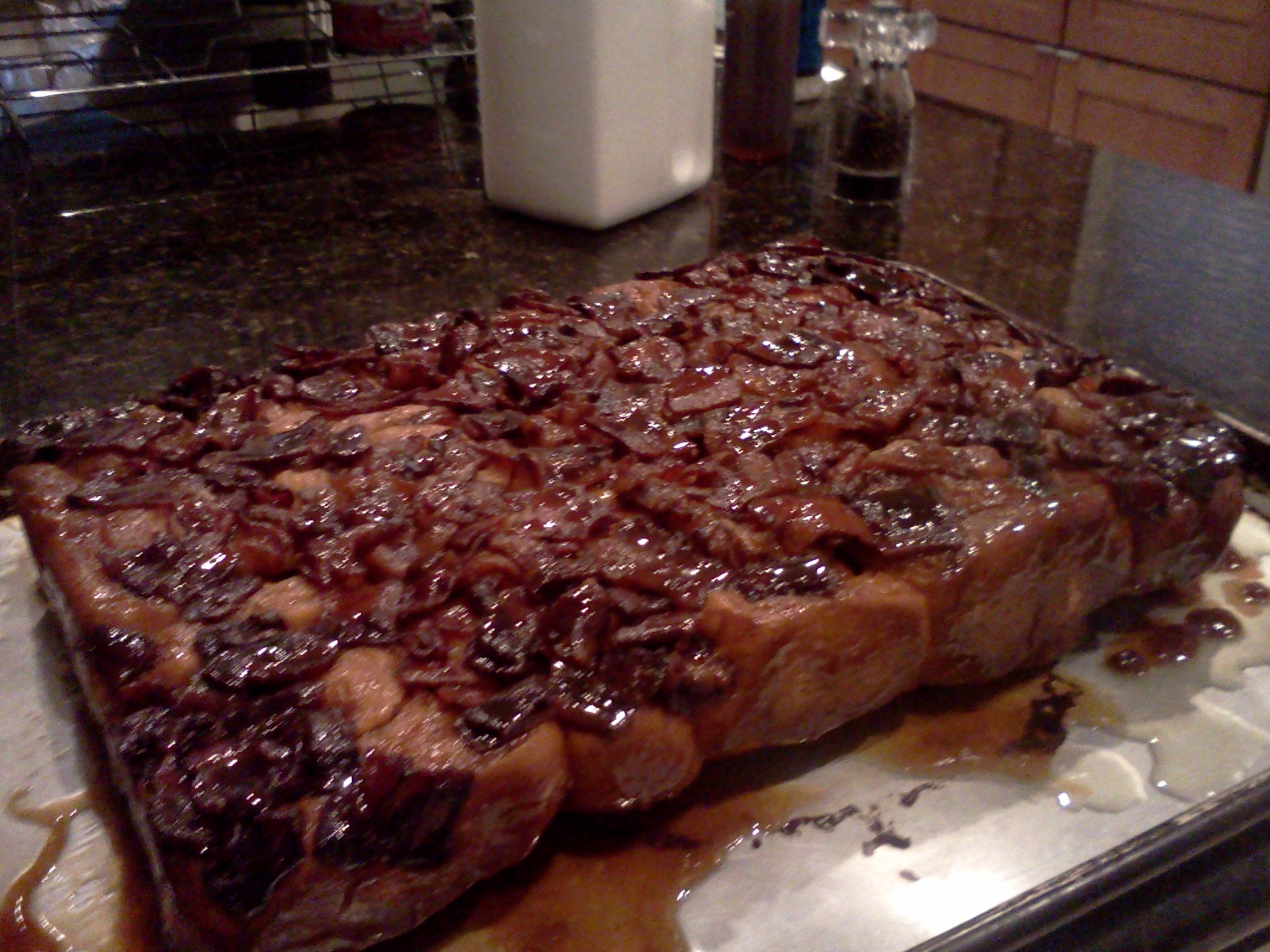