Baconfest Chicago is proud to welcome back The Cooking Channel to the roster of Sponsors for 2013!!  Be sure to check out their new show ROADTRIP with G. Garvin Tuesdays at 9pm ET. 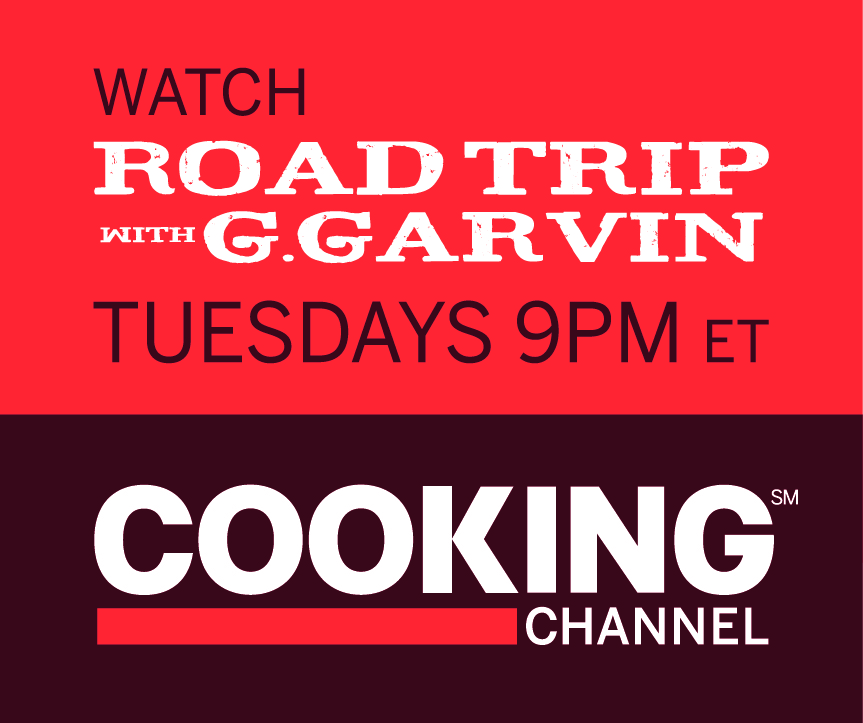 Acclaimed cookbook author, host and larger-than-life personality, Chef Gerry Garvin, aka ‘G.’, takes viewers on a culinary expedition to taste the most delicious Southern-inspired cuisine the country has to offer in Roadtrip with G. Garvin.  An all-new season premieres Tuesday, May 7th at 9pm ET/8pm CT.  G. visits a different city each episode to discover the hidden gems and the people behind the magic. From traditional ethnic food and urban farms to barbecue pit masters extraordinaire, G. Garvin leaves no stones unturned in his quest to find the hottest, most delicious spots in the country.

G. Garvin has mastered offering a one-size-fits-all approach to cooking sophisticated and simple meals, proving that even the most basic cooking palate can create the most flavorful of dishes.  The Atlanta native began building his culinary repertoire during childhood. His earliest experience came with cutting and peeling vegetables alongside his mother in the kitchen.  G. most recently hosted on Cooking Channel Georgia Roadtrip with G. Garvin and is also a notable TV host and cookbook author; his first cookbook, the NAACP nominated “Turn Up the Heat with G. Garvin” debuted in October 2006. Its widespread success quickly prompted a second printing and won an American Literacy Award. Garvin’s highly anticipated sophomore effort, “Make it Super Simple with G. Garvin,” was released in 2008 and has since written two other books.  Through Garvin’s efforts he hopes to aid in breaking down the diversity barriers within not only the cooking industry, but in society as a whole.  His down to earth approach to cooking, and discovering off-the-beaten path foods, has made him one of the most respected chefs on the culinary scene today.