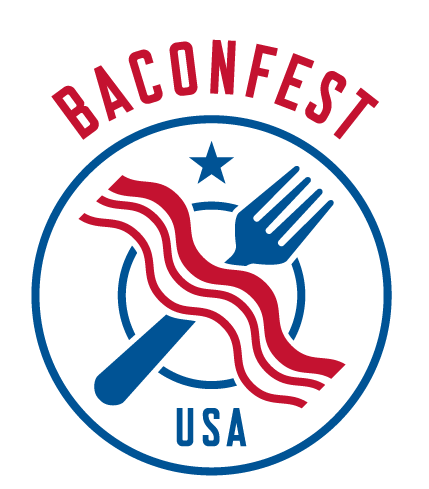 At its core, our festivals are fun-filled walk-around  tasting events featuring creative bacon dishes from the best chefs in the country.  On the festival floor, the hottest chefs from the finest local restaurants prepare and serve small plates starring bacon.  The best mixologists and brewers quench thirst with refreshing bacon-based and bacon-inspired cocktails and brews.   Luxury brands, artisan bacon-makers, and bacontrepreneurs display, sample, and sell a multitude of local craft bacons and bacon-related products. Guests grab a Baconfest: Guide to Bacon playbill and walk around in a bacon-lover’s Nirvana.

To celebrate special achievement in the bacon arts, we give out Golden Rasher Awards (the Oscars of the bacon world) to pro and amateur chefs as well as the winners of our Bacon arts poetry, video, song, and other contests.

Best of all, Baconfest is good for America. We donate a portion of proceeds from ticket sales, raffles and sponsor match programs to local food charities. Since 2009, Baconfest has raised over $85,000 enabling partners like the Greater Chicago Food depository to distribute over 150,000 pounds of food to hungry people in the area.  Although we are not a 501 c3 non-profit, our charitable giving is central to our event and to our identity.

Click here for more details on our Chicago events.

Baconfest San Francisco date and venue to be announced.

Click here for more details on our San Francisco events.

Baconfest DC date and venue to be announced. 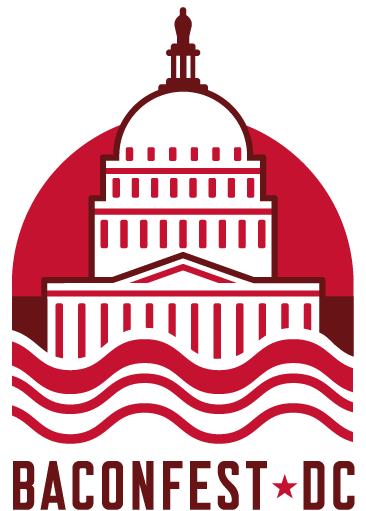 Click here for more details on our Washington, DC events.

Who is behind Baconfest?

Baconfest Chicago is the brain-child of founders Michael Griggs, Andre Vonbaconvitch and Seth Zurer.  Founded in 2008, our goal was simple:  Bring to the City of Chicago a world-class culinary and cultural festival dedicated to all things Bacon featuring the City’s best Chefs/Restaurants, Bacon-vendors and entrepreneurs.

Now in our 5th full season, with a successful and dynamic track record of events behind us, we look forward to bringing Baconfest to Chicago each April and to San Francisco and Washington DC!

Michael Griggs is a theatrical Sound Designer based in Chicago.  His work has been seen throughout the City at all major Theaters.

Seth Zurer is an actor, producer, data-base manager, food-blogger, and one of the founding members of LTHForum.com.

All three LOVE bacon more than most other things in life.