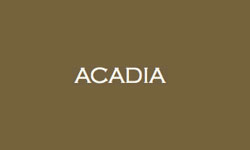 Overview:
The sophisticated, elegant space of Acadia provides a perfect house for the simultaneously contemporary and classic cuisine from Chef McCaskey. Divided into a lounge space, dining room and private dining room, Acadia is comfortable and inviting, with natural elements throughout. Soaring ceilings and colors of warm neutrals, cool grays, chocolate and sage are peppered throughout the minimal space. An open kitchen and wine room reinforce the fact that Acadia is first and foremost about great food and wine, and attention to detail paid to both. A la carte and tasting menus are available, featuring McCaskey’s contemporary take on Classic American cuisine. Attentive service, contemporary-classic cocktails and a global wine list round out the offerings. 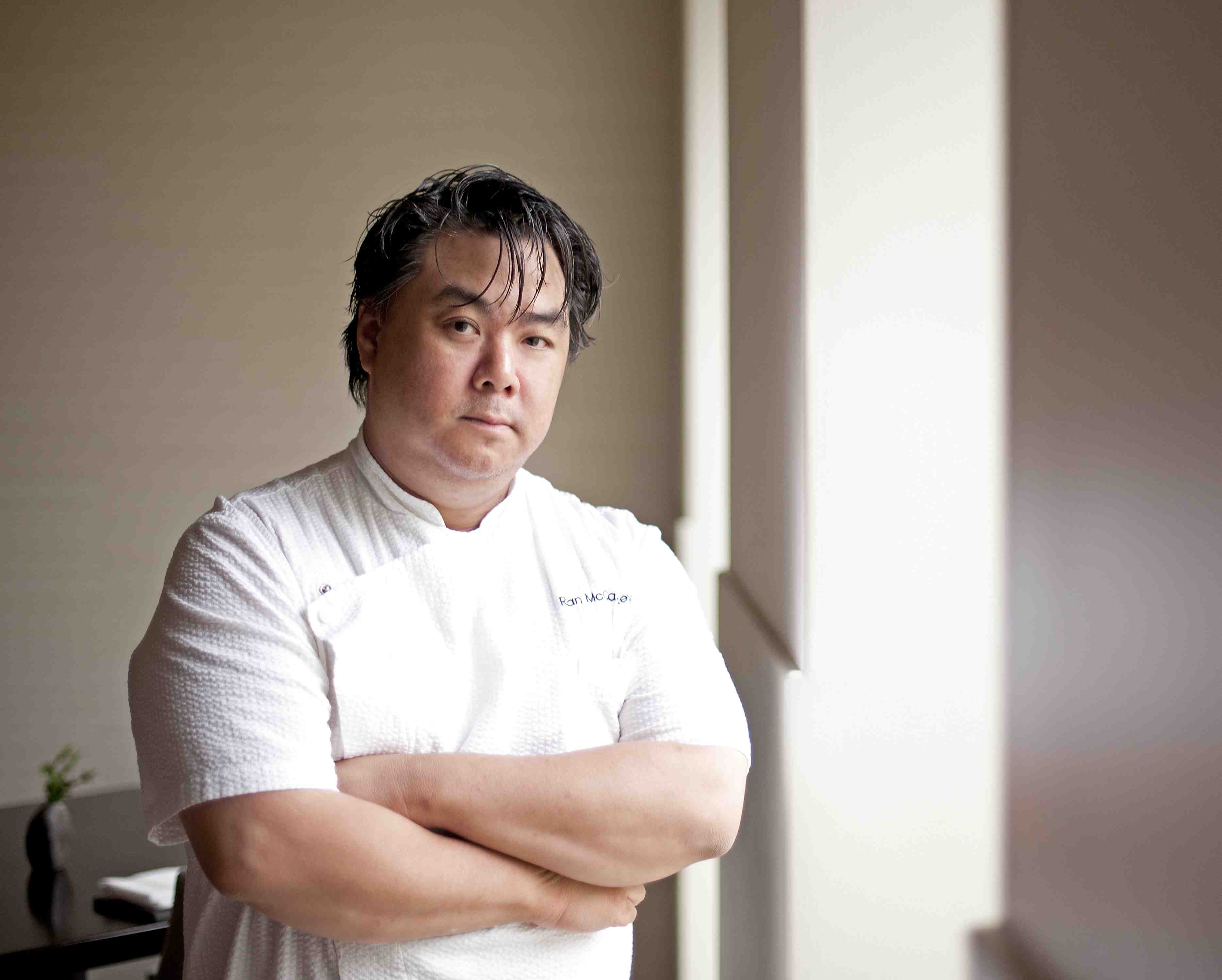 A native of Saigon, Vietnam and raised in the northwest suburbs of Chicago, McCaskey discovered his passion for cooking at an early age. As a youngster, he would watch his grandmother recreate handed-down recipes, helping her out as he could, and his interest was piqued. He began experimenting and by age 14, McCaskey was the family cook. Lucky to have traveled extensively throughout his childhood, McCaskey was exposed to many different cultures and flavors, and to this day employs a multi-cultural approach in the kitchen.

Realizing at a young age he wanted to work professionally as a cook, as a high school junior he was one of nine pilot students to attend the Harper College Culinary Arts program.
He next attended the School of the Culinary Arts at Kendall College (Evanston, IL), and while at school, worked at the three-star Greenery (Barrington, IL) and subsequently, at the acclaimed Tuttaposto under Tony Mantuano, working various stations in the kitchen. McCaskey had the foresight to learn all stations, both savory and sweet , as he knew these skills would serve him one day when he ran his own kitchen. He then accepted a position as sous chef and pastry chef – at age 19 – at Goose Cove Lodge in Maine, lauded by The New York Times as one of the best restaurants in the state. Still a student, he spent his summers cooking seasonal, regional cuisine and finished his schooling in the off-season. After graduating (1996), McCaskey moved to Wisconsin, accepting a position as Chef de Cuisine and Pastry Chef at the Black Locust (Fish Creek). While at the helm, the restaurant was named one of the top three restaurants in the state by the Milwaukee Journal. Ryan then opted to return to Chicago, working as chef de cuisine at Vivere and then at the acclaimed Rushmore, where he returned to his contemporary American roots. When Rushmore closed unexpectedly (due to a fire), McCaskey took some time off, then broadened his kitchen skills staging at the four-star Trio under Grant Achatz and TRU under Rick Tramonto, as well as working at Les Deux Gras, Rhapsody, and Allen’s. He next worked as Executive Chef at the Moroccan Tizi Melloul, where he garnered national media exposure. When Rushmore reopened, McCaskey returned – this time as Executive Chef – where he continued to hone his craft. In 2007, McCaskey was offered the position as Executive Chef at the four-star Courtright’s (Willow Springs, IL) and maintained the prestigious status of this acclaimed eatery, leaving when the owners decided to take the concept in another direction. In 2010, McCaskey began plans for Acadia, fulfilling a lifelong dream of opening his own restaurant.

McCaskey has a diverse skill set and broad experience, and cites some of the greats – Trotter, Tramonto, Portale, Achatz and Keller – as influencers, as well as Henry Adaniya, owner of Trio and a consummate host. Seeing a guest have a great experience, providing them a culinary memory, is what drives McCaskey to strive to provide the best he possibly can. McCaskey describes his style as “Simultaneously contemporary and classic.  The first half of my career was rooted in classical cuisine, technique-driven, the fundamentals. Recently, my focus shifted to sublety, layering flavors and using contemporary techniques. But one doesn’t overshadow the other – they work in harmony, balancing out one another.” In November 2012, Acadia was awarded it’s first Michelin star, after being open less than a year, an incredible honor for the chef and his team. McCaskey lives in the South Loop neighborhood, just up the street from Acadia. 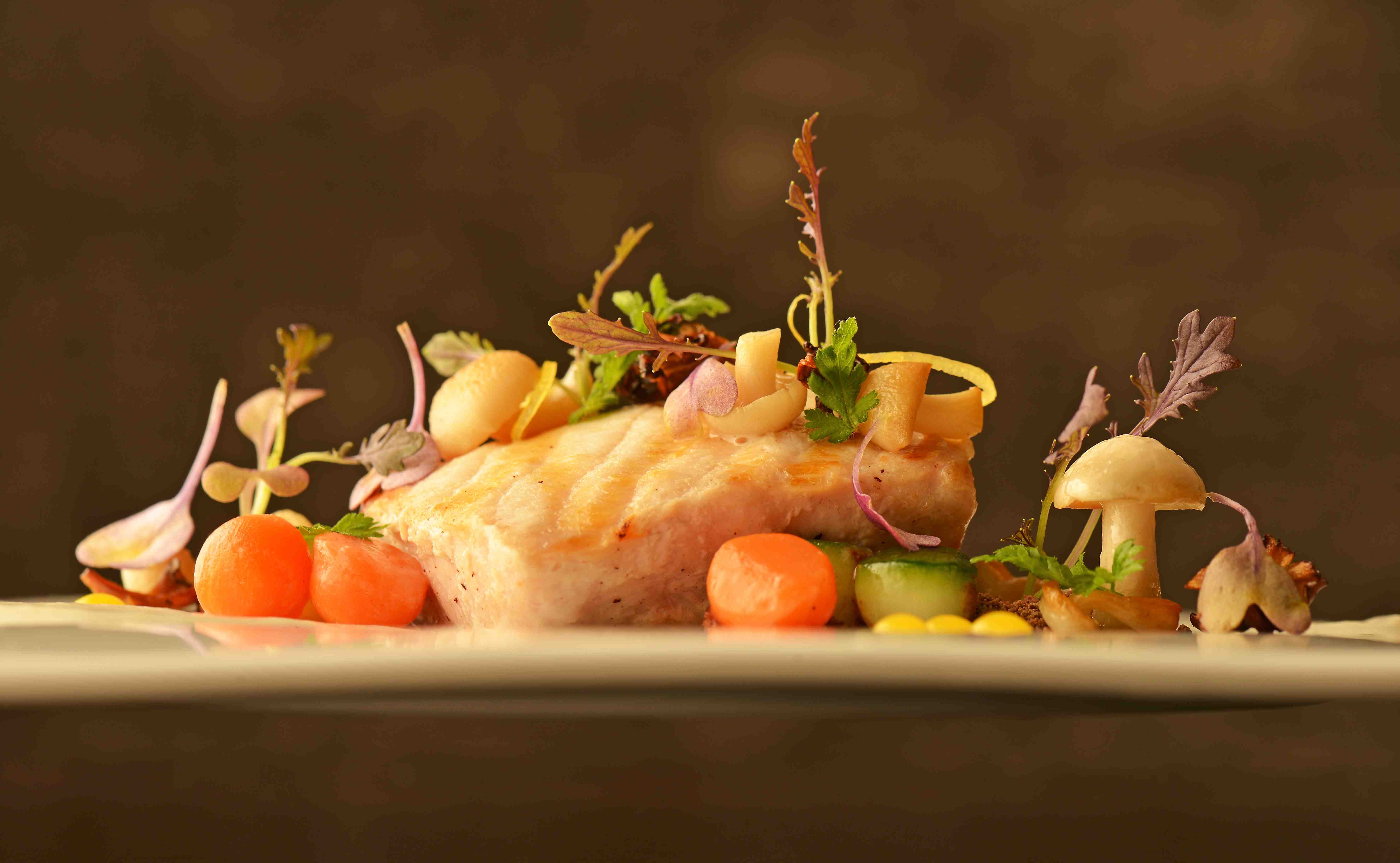