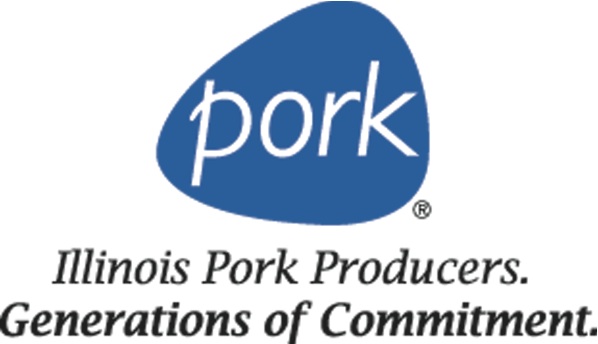 Hello Bacon Nation and all you Bacon Poets,

First of all, we at Baconfest Chicago are BLOWN AWAY by the number of truly fantastic poems we’ve received.  I’ve been doing interpretive readings of them for my wife (much to her dismay I can assure you).  So many of them are just spectacular.  At some point we will publish all entries, but for now, the Baconfest Triumvirate has chosen our favorite top SIX.  Believe me when I tell you choosing only six was NOT easy.

Those six finalists’ entries are below along with a poll for voting.  The poll will close next Friday March 18th at 1pm.  Our followers will help us choose our Champion – who will receive two tickets to Baconfest Chicago on April 9th along with some other Bacon-related prizes t.b.d.

A Note on Voting:  You may only vote for ONE POEM.  You may only vote ONCE.  Once you vote, your IP info for your computer and all computers on the same network are immediately made ineligible to vote again.  As we learned with our last poll, users of Internet Explorer 8 experience problems with the poll displaying properly.  Enable “Compatibility View” for Internet Explorer 8 and you can vote in IE.  You may also use any other web-browser (Firefox, Safari, Chrome) and all should work fine.

Without further ado, here are the six finalists and their wonderful Bacon poems:

up wafts campfires of youth,
explosions of expectations-
appetite anticipation.

It falls-
cold hitting hot-
sings its transformation,
sprays it’s divinity across your kitchen
stings as it splatters,
dances in the pan.

Out it comes-
one of the few things that fulfills
as much as it promises.

I savored every Saturday
when she rendered
up to the gods what was theirs
(a burnt offering:
crisp edged plank of glistening
smoked pork in its glory).
at five, I marveled at the marbled
slab of sizzle–
standing on a chair, my eyes watering,
as before me a transubstantiation occurred:
bacon became Bacon, my mouth gaped adrool–
and still that sizzle echoes
through time’s larders
and the years’ open windows,
her gingham curtains wafting
as fat is forever rendered
into memory and hickory-smoke

A BACON UNIVERSE by Ryan Courtwright

It’s dangerous for a boy to love just one thing,
but bacon is salty and crispy with zing,

there is no cut, prep, or dish from New York
that would go without garnish in my world of pork,

there’d be slides of raw bacon and hotdogs with wraps,
presidents and mayors would sport bacon chaps.

Pancetta’s the forecast! It rains marbled blocks
down into my chocolates, our salads, and socks,

hunger would be cured by the slab or the pound,
caul fat and pork loin—shoveled in mounds!

After the storm, the temp would rise high,
bacon would lattice the tops of our pies.

Block parties sharing a flich, that’s a slab,
it’s all you would smell in the back of a cab,

the world would be bacon, but there’s just one glitch,
it still wouldn’t cure my bad bacon itch.

JOHNNY BACONSEED:  A POEM FOR THE HOPELESS ROMANTICS
by Joel Chmara

When strips of pork Godliness dance-crackle-curl on the pan,
I will be there,
puffing my chest
accepting pops of grease on my shirt
like a Deputy Ditka badge.

Garments perfumed with slight bacon splatter is no call for stain-lifter.
Nay, it simply ensures that one will carry the greatest foodstuff essence
for the rest of the day.
Take heed dear readers,
to love bacon is to carry the smokey scent with you
as an am-bad-ass-ador of the fine piggy belly brine.

I am that breed of bacon lover
spreading its virtues
as Johnny Baconseed.
Baconology mentored to friends
of how to incorporate it into every dish.
Caramelized, Hickory Smoked, Peppered, Mapeled
Sweet or Savory
Lardon or in Bits
I can baconate any menu
for the better of humankind.

When the final bite of a bacon treat
crunches in my mouth
leaving the perfect salty smoke sensation
I whisper to no one in particular,
“That’ll do pig. That’ll do.”

2
Early dawn on the farm, harvest season,
a swarm of chores buzzing your psyche like bees.
You want to roll back to sleep,
but you’d need a reason. Make yourself a fever.
Dad would know you were faking.
So you open your eyes, and, no surprise,
Mama’s awakened you, enticed you out of bed
with the smell of bacon.

3
Quiet in the cabin.
The gin-rummy guys are still asleep.
Creep to the wood-stove in your stocking feet.
Get a fire started. Make a pot of coffee.
Wash last night’s cups.
Fill the big black skillet with bacon.
Soon they will all be waking up.

4
No better way of facing the day, I’m thinkin’,
than waking to the sizzle of bacon on the grittle
and figuring how to snatch a crisp piece from the plate
before Gram is able to set it on the table
with the jar of home-canned jam and scrambled eggs
and all the lousy other kids start grabbing for the bacon
because, when the plate is passed, it’s all taken faster
than you can ever get enough and you’re always left
with saliva glands spurting at the smell of bacon
that still fills Grandma’s house.

5
If they could,
those air-freshener guys would
abandon the mamby-pamby scents of jasmine and lilac,
devise a way to give you the man-happy smell
of black coffee and bacon.
Know why they don’t even try?
Because there’s no fakin’ the smell of bacon.

6
A long day at work,
delays on the el and the hell of it is you worked through lunch
and you’re famished.
When you open the door to the house-smell of morning,
she says, “Honey, come see, I made your favorite—BLTs”
You  were thinking of taking her out,
but the smell of bacon says your house is where you want to be.
You both know how it goes–
seduction via your taste-buds and nose.

Bacon, I love thee as I love the first
Young swine of the spring,
While tailgating for those baseball games,
Asking “where’re my bacon wrapped wings”.
I love thee, as I love the full,
Sweet gushings of that juice,
Which given as a peace offering,
Would cause enemies to call a truce.
I love thee, on my burgers big
Served with beer to drink,
With every bite I take a swig
Too bad the crispiness is gone in a blink.

If only I could savor you,
And keep this feeling long,
Which bringeth, by its gentle spell,
The drive to carry on.
I love thee enough to put in the work
To have Congress pass new legislation;
For Baconfest Chicago will have one more perk:
All Americans will be off for vacation.
Such is the feeling which from thee
Nothing else on Earth attracts:
Bacon you’re forever linked to all I see
That’s delicious and pure—it’s a fact!

[poll id=”3″]
Share your love of bacon with the world!