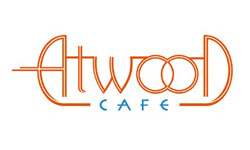 Reservations via Open Table (reserve for the date and time above) or by contacting the restaurant 312.368.1900.

Derek Simcik is serious.  The man does not fool around.  He’s got tattoos up to his ears and bacon fat running through his veins.  He’s got pride and he’s earned it.  From his bacon-snickers ice cream in 2010 to his bacon-fat cannoli, he knows what the people want. And what they want is his crazy-ass bacon concoctions.  That’s why we are SO THRILLED to have him on-board for this year’s satellite series.
Here’s what you can expect.

Executive Chef Derek Simcik – (Atwood Café) Executive Chef Simcik, a graduate of the Art Institute of Washington, was always captivated by the meticulous attention to detail of pastry chefs. He trained at Der Haussen in Vienna before returning to the United States to pursue a full-time career in food. After stints as sous chef and pastry chef at Café Milano and The Grille at Morrison House, Derek eventually joined the team at Jackson 20 as executive pastry chef. Today, he makes use of his considerable depth of experience at the Atwood Café as their Executive Chef, bringing with him an artful touch and authentic Southern sensibility.