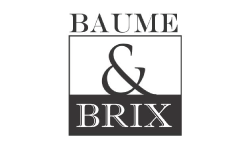 PARKING:
Valet parking is available for $12

Featuring a menu of playful, yet modern cuisine designed by Chefs Thomas Elliott Bowman, Ben Roche and Nate Park, Baume & Brix takes guests on a dining adventure. Accentuated by sharing, our menu allows diners to experience an array of dishes showcasing the chefs’ interplay between savory and sweet. With an innovative beverage program featuring classic and modern cocktails, wines from around the world and a mix of inventive spirits, Baume & Brix is the perfect place for after-work happy hour, entertaining clients or a special night out.

Offering four distinct spaces, Baume & Brix provides a dining experience unlike any other. With a mix of warm banquettes and contemporary tables providing seating for 60 guests, the bar and lounge area gives patrons a welcoming area to imbibe or enjoy items from the specialty lounge menu. Seating 106 guests and complemented by cozy booths and a glowing fire wall, the dining room area provides guests the opportunity to experience all aspects of the creative menu. Our private chef’s table takes six guests on a dining journey with a multiple course tasting menu. Furnished with sleek white modern furniture and dark woods, the private party room is ideal for seated dinners or cocktail gatherings for 12 to 50 guests.

Whatever your taste, we have a special experience waiting for you.

Growing up in Beaufort, South Carolina, Chef Ben Roche always had an interest in science and enjoyed doing what “most” boys did early in life – making things explode! Little did many know, these scientific experiments were more than just a fascination. They led to a bright career in the kitchen, where Chef Roche has been creating innovative dishes that diners from all around the world have been enjoying.

While earning his degree in Culinary Arts from Wales & Johnson University in Rhode Island, Roche worked nights at Pastiche, an upscale dessert bar and café. After 18 months of classes at the university, Roche left to fulfill an externship at Tylney Hall, a boutique hotel just outside of London, England. Upon returning back to the U.S., Roche joined the kitchen at Ouisie’s Table in Houston as a pastry assistant. Here he was given the freedom there to create nightly dessert “specials” and also to create and execute a freshly made bread program. After just six months in the Ouise’s kitchen, he was offered a position as a baker at the world renowned Charlie Trotter’s in Chicago. During his time there, Roche was exposed to the highest level of cooking which helped to elevate his own skills.

While working at Charlie Trotter’s, Roche met Homaro Cantu, who eventually left Trotter’s to open Moto. When Roche took a job at Moto as a pastry assistant, after just four months he was promoted to Executive Pastry Chef. While at Moto, Roche and Cantu worked side by side, collaborating to bring unique and innovative ideas to life. Cutting edge technology such as liquid nitrogen was always found in the kitchen, giving Roche all the facilities to bring his ideas into reality. In 2010, Roche and Cantu wrote, developed and starred in their own television show, “Future Food” on Discovery’s Planet Green network. Chef Roche also took on many international appearances as a speaker/demonstrator at top venues including Stanford University, the TED conferences, Madrid Fusion, Epcot Center and PopTech!

After enjoying much success at Moto, Roche will be joining friend and former colleague Chef Thomas Elliott Bowman at Baume & Brix in fall of 2012. Always having worked well together, Roche came on board as co-executive chef and is constantly contributing his creative genius to the globally inspired menu. With his pastry past, Roche is collaborating with Chef Bowman on both the “savory side” and “sweet side” of the menu. With a new restaurant and team in place, Roche is sure to bring exciting innovation to River North’s newest hotspot.

Like many teenagers in his Oklahoma City environs, Thomas Bowman took a part-time job bussing tables at a local restaurant to make some spending money. He found himself spending quite a bit of time in the kitchen, and soon was working the line. Once there, Bowman knew this was where he belonged. The passion discovered then remains with him today.

Over the next few years, Bowman continued to learn; advancing to a sous chef position by the age of 17. Along the way he trained under many well seasoned chefs, such as Kurt Fleischfresser, absorbing all he could from these culinary masters. At 20, he spent a summer working in Tuscany, Italy, in Vico D’Arbia just outside of Siena. Bowman returned home in 2003, accepting an Executive Chef position at Cascata (Oklahoma City), creating classical Italian dishes with a modern flare.

In 2006, Bowman took the opportunity to further his wine and culinary education and relocated to Napa Valley. Bowman worked at the Michelin-starred Terra Restaurant under Hiro Sone, where they blend classic European country food with an Asian sensibility. At Terra, Sone served as a mentor to Bowman, instilling in him the importance of detail in all aspects of food conceptualization, preparation and service. While in Napa, he worked to expand his repertoire and enrolled in the Baking and Pastry program at the Culinary Institute of America, Greystone. There he trained under the acclaimed Stephen Durfee, another mentor. Durfee taught him about the balance between sweet and savory, something that has become somewhat of a hallmark of Bowman’s. Upon finishing the program, he was intrigued by the rapidly accelerating food scene in Chicago and jumped at the chance of joining the culinary playground that is Moto.

At Moto, Bowman began working in pastry with Ben Roche, who exposed him to many new techniques and ideas. He also spent time conceptualizing menu ideas with Homaro Cantu, another mentor, who pushed Bowman to think outside the box. The following spring, he had proven his skills and accepted the Executive Chef position next door at Otom, which he and Homaro later transformed into the world-renowned iNG. Bowman’s menus reflect his eclectic training and can be described as intelligent food with a playful approach. He likes to walk the line between savory and sweet, and the melting pot of Greek, French, Italian, Japanese and American culinary influence shines through his menu. He frequents local meat purveyors, fish mongers, and farmers markets to hand select the freshest products available. In the summer of 2010 he partnered with Devin Jorgenson to start Otom farms in Milford, Illinois to fulfill a dream of being the farmer and the chef.

Bowman begins his next venture alongside Roche as co-executive chef of the soon-to-open Baume & Brix, where the two chefs will collaborate on the restaurant’s globally-inspired menu.

Bowman’s philosophy in the kitchen is “Kai Zen”, the Japanese idea of constant improvement. Always making what you do and who you are better every day. 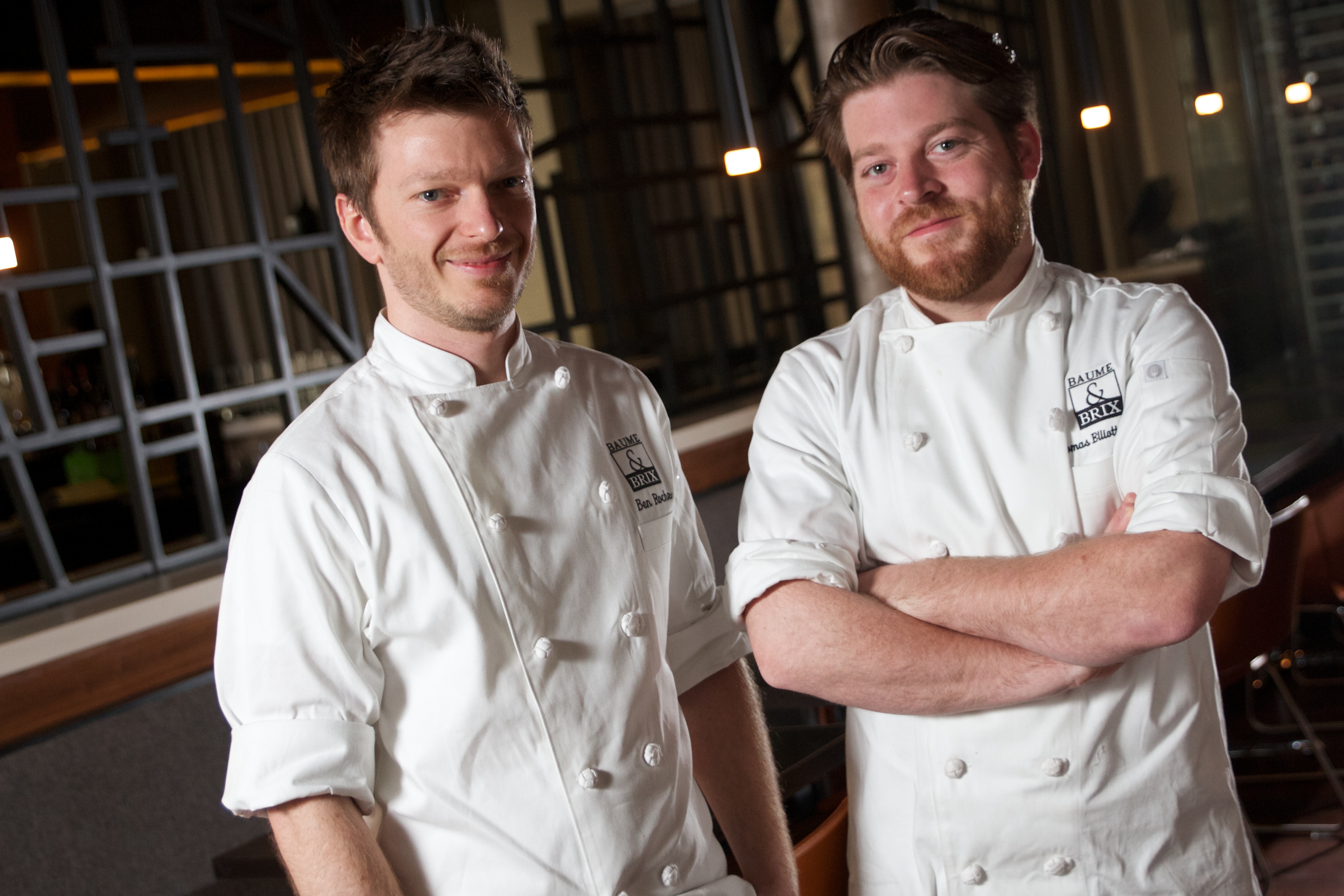 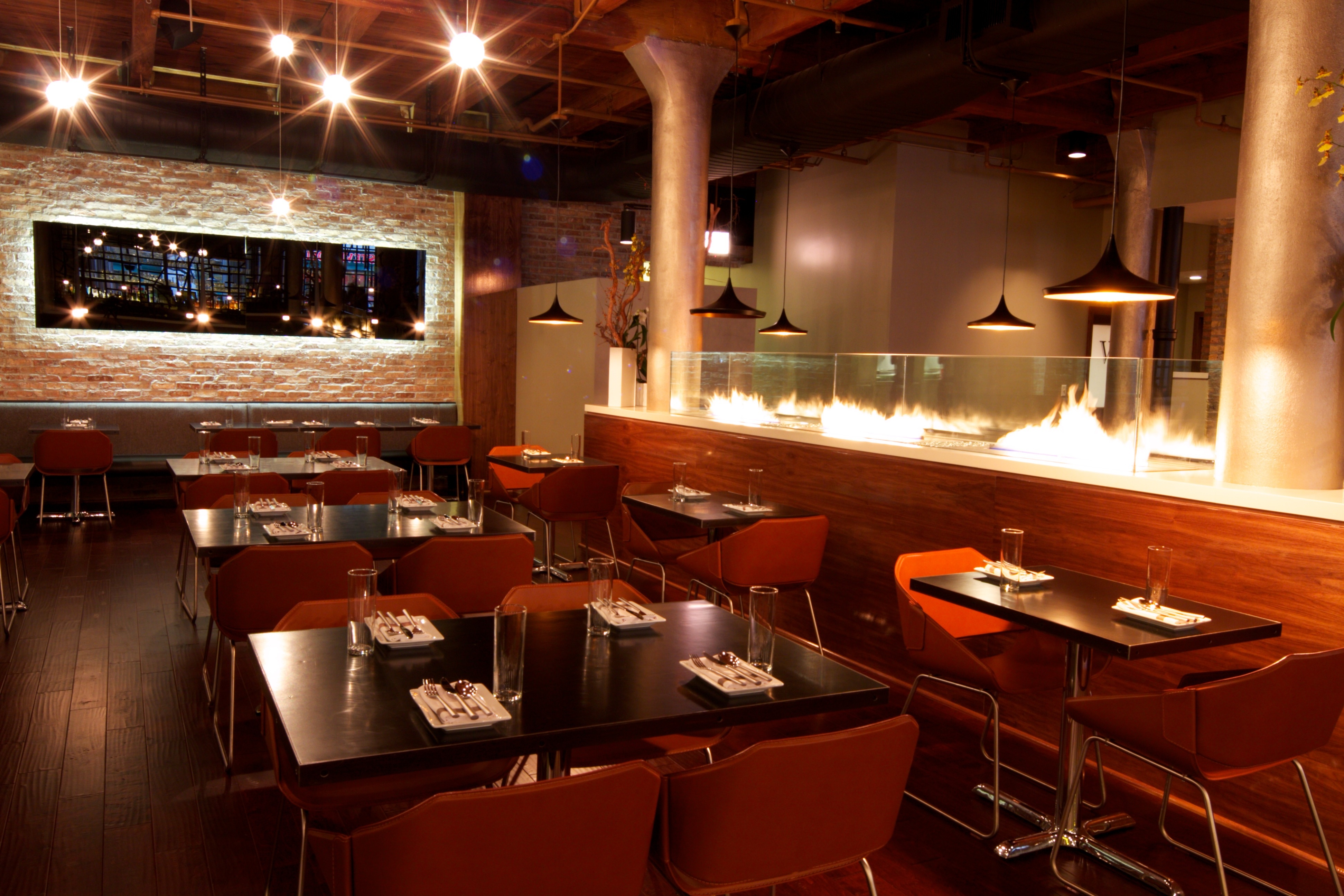