As those who read our blog with dedication may have already deduced, Seth, Michael and I are dreaming big.  Why dream at all if not to dream “big”?  In the hopes of bringing the joys of Baconfest to other currently deprived municipalities, we’ve decided to take what we’ve learned from our success here in Chicago and propagate the model in other cities, Washington D.C. and San Francisco for starters.

Why?  That’s like asking Mark Zuckerberg circa 2004 “Why expand Facebook outside of Harvard?”  It’s BACON, and while regional temperaments and demographics may vary, we at Baconfest believe that a Bacon-Fan is a Bacon-Fan whether in the sweltering zydeco-infused streets of New Orleans or the wind-swept beaches and palm trees of California and yes, even in our nation’s capital where “pork” has a whole different connotation.  Our goal is to grow the legions of Bacon-Nation beyond city and state boundaries and to turn the dream of Baconfest U.S.A. into a glittering reality.

We are incredibly proud of how we’ve grown and all we’ve learned in the last three years here in Chicago.  Rest assured Chicagoans, Baconfest Chicago 2012 will reach new heights in bacon-bacchanalia.

But a year is a long while to lie in wait for that glorious Chicago day in April.  And to be 100% honest, Seth, Mike and I, like all red-blooded Americans, do fantasize about a day when we can spend our whole days spreading the gospel of Baconfest.  That day may never come, but we can dream can’t we?  And more than dream, we can PLAN!  And planning is just what we’ve begun.

A few weeks ago, Seth and I took a trip to Washington D.C.  The goals were three fold:

1. To tour a series of potential venues
2. To meet with folks at the D.C. Central Kitchen (a potential partner in our charitable efforts ala the GCFD here in Chicago)
3. To begin to foster relationships with local Chefs and restaurant PR reps

Stop reading now if details are not your thing, but if anyone is interested in how a project such as ours gets boot-strapped from scratch in a foreign city, you might enjoy this trip recap.

We chose to target D.C. as our first non-Chicago city for expansion not only because Seth grew up there and he has family in the area (free housing), and I spend a lot of time there for my day job, but also because the culinary scene is as vibrant as any city outside of our own.  So many great chefs and restaurants thrive in a relatively concentrated area.

I have to first thank Seth’s family in D.C.  The entire Zurer clan were incredible hosts and ambassadors to their city.  Seth’s brother Jonathan, who is a film/TV producer based in D.C. was an invaluable resource, and in fact before we even landed, he’d scheduled a myriad of venue visits and meetings that constituted the vast majority of our time there.

As we learned in Chicago, there is a triangle to kick-starting a Baconfest.  Lock down a date/venue, rally behind a local food-based charity we believe in (the GCFD), and get chefs on board who, along with their Bacon-creations, are the stars of the show.  How is this triangle achieved?  Networking is EVERYTHING!!!

In. D.C., we began with a series of venue visits, and wow, what an eye-opening experience.  We really learned to appreciate the awesomeness and affordability of our incredible new home in Chicago as of April 2011, The UIC Forum.  In D.C., the venues we visited (some of which have housed many an Inaugural Ball), are NOT inexpensive.  Seriously!  We visited over 10 venues ranging from the raw D.C. armory to the totally posh National Gallery.  See the series of photos below.  Many thanks to the great venue reps who took us around and entertained our questions like “so how could we fit 60 chefs in here cooking with bacon?” with humor and good cheer.  We haven’t yet settled on a venue/date, but we have a great sense of the budget/time frame/union restrictions etc. with which to negotiate.  Baby steps.  We gotta start somewhere.

Next, we had what I think was an exhilarating meeting with Chief Development Officer Brian MacNair of the D.C. Central Kitchen (DCCK).  More info on the DCCK can be found here:  www.dcck.com Brian is responsible for public relations and communications; raising over $2 million in annual funds, and is also responsible for organizing the Capital Food Fight, their big annual fundraising event.   He gave us a detailed tour of the facility concluding with an in depth meeting regarding ways in which Baconfest D.C. might forge a partnership with DCCK.  Very exciting.  His connections with the D.C. culinary scene run very deep, and it was really thrilling to speak with someone with so much hands-on experience working with local chefs on similar chef-driven fundraisers.  His insight and expertise were invaluable.  Will the DCCK be our D.C. version of the Greater Chicago Food Depository (i.e. our charity beneficiary)?  Still too early to tell, but a great connection was formed and we look forward to seeing where it leads.

We then had a handful of great ancillary conversations.  We spoke with Julie Mounts, a biologist at the Smithsonian.  Julie runs their annual sustainable seafood dinner – we compared notes about running 1000-odd guest food events and she gave us some good leads about working in the city re: licensing and permits etc.  Additionally, we spoke with P.J. Weber who is an account executive at the Capital Meat Company based in D.C.  He also happens to be Chef Chris Lateano’s (Baconfest Chicago vet and 2010 Golden Rasher Winner) brother in-law.  Chicago connections coming through!!  P.J. is really interested in helping us make connections with chefs and helping us arrange for possible local bacon sponsors.  Fantastic.  We also paid a visit to Melissa Wenczkowski – Convention Services Manager with Destination D.C., the official Convention and Tourism Corporation for Washington D.C.  She gave us a great birds-eye view of the various city fests and venues and was a great help in assembling our roster of potential venues.

We sat down with chef Dean Gold of Dino Ristorante in D.C. We picked his brain about a myriad of issues, such as “what makes chefs excited to partake in Chef-driven food festivals? And “what turns them off?”  He was a wealth of information, and we’re happy to say that to him, the idea of cooking for a Bacon festival was a no brainer – yes!  He also pointed us in the direction of a venue previously not on our radar, but which quickly became one of our favorites – the Washington Hilton (aka the Hinkley Hilton.)

We had lunch in D.C. at an Izakaya restaurant of Jonathan’s choosing called Kushi.  It was relatively quiet in there on a Monday afternoon, and we found ourselves in jovial conversation with the executive chef and owner Darren Lee Norris who, along with his lovely wife/business partner Ari Kushimoto Norris, gave us an exquisite meal.  And yes, Bacon was heavily featured.  Darren and Ari too seemed pretty jazzed about the idea of jamming with bacon at Baconfest D.C.  (Incidentally, Google “Kushi D.C.” – turns out they are one of the region’s hottest restaurants.)

Finally, we had the extreme pleasure of enjoying a glorious fresh crab feast (hosted by Jonathan and his wife Lisa) at which a woman named Libby Richman and her husband Brian joined us.  Libby is also a TV producer based in D.C. and her mom is Phyllis Richman, who was the chief food critic at the Washington Post for over two decades.  Libby’s connections to the top chefs in D.C. run VERY deep, and her enthusiasm for a D.C. Baconfest was incredibly exciting.  She’s agreed to help us connect with her chef contacts as we assemble that last most important piece of the puzzle:  the Chefs!  And as a bonus, she and her husband are just delightful folks and are a blast to hang out with.

All in all it was a tremendous trip, with much groundwork set in motion.  When/Where/Will Baconfest D.C. actually happen?  At this point, we really just don’t know, but the foundation is in motion and if our success in Chicago is any barometer, we’re certain we will fire things up with our due diligence, enthusiasm and love of bacon as the fuel.

More info on Baconfest CHICAGO 2012 will follow in the coming month. 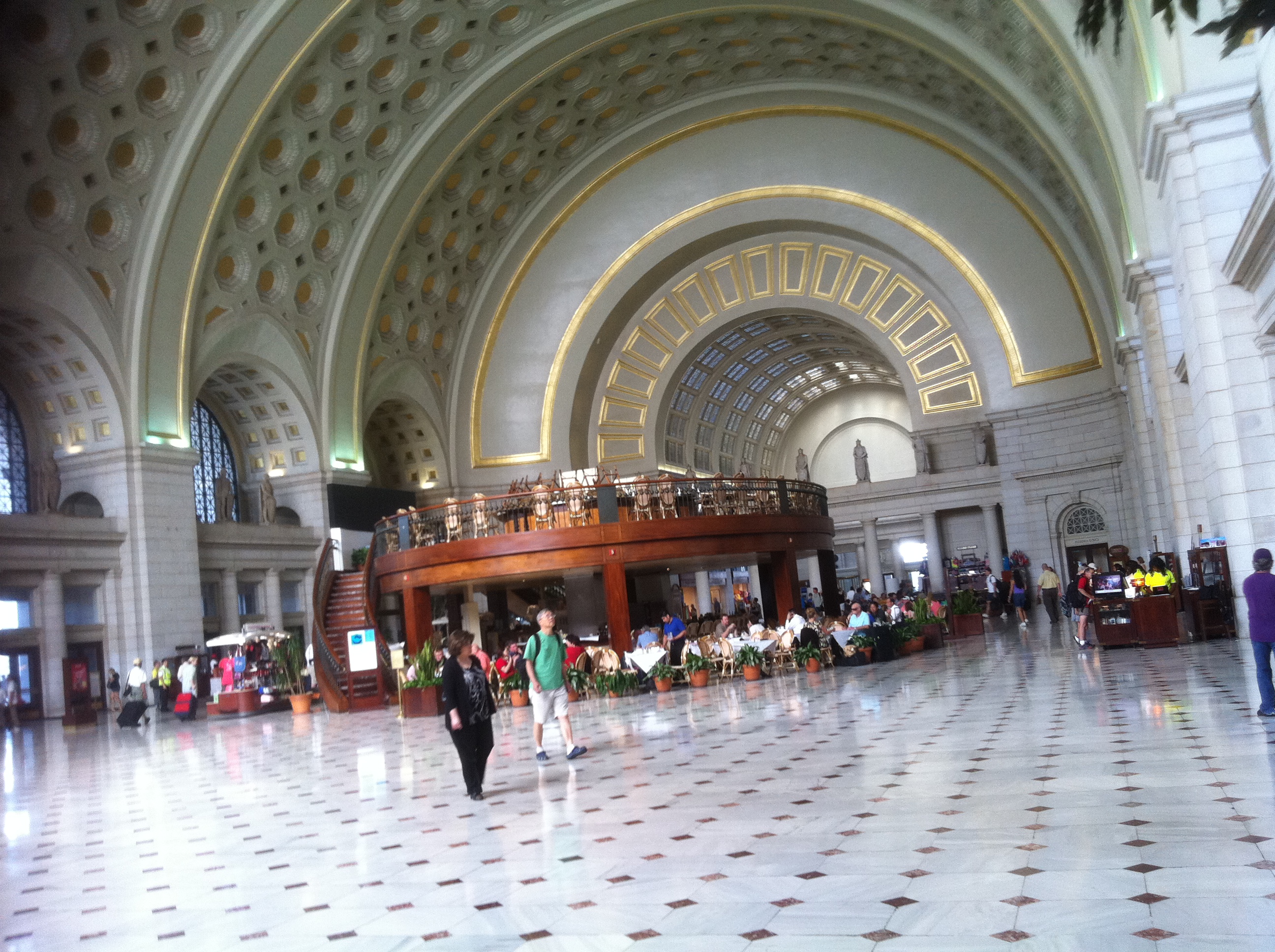 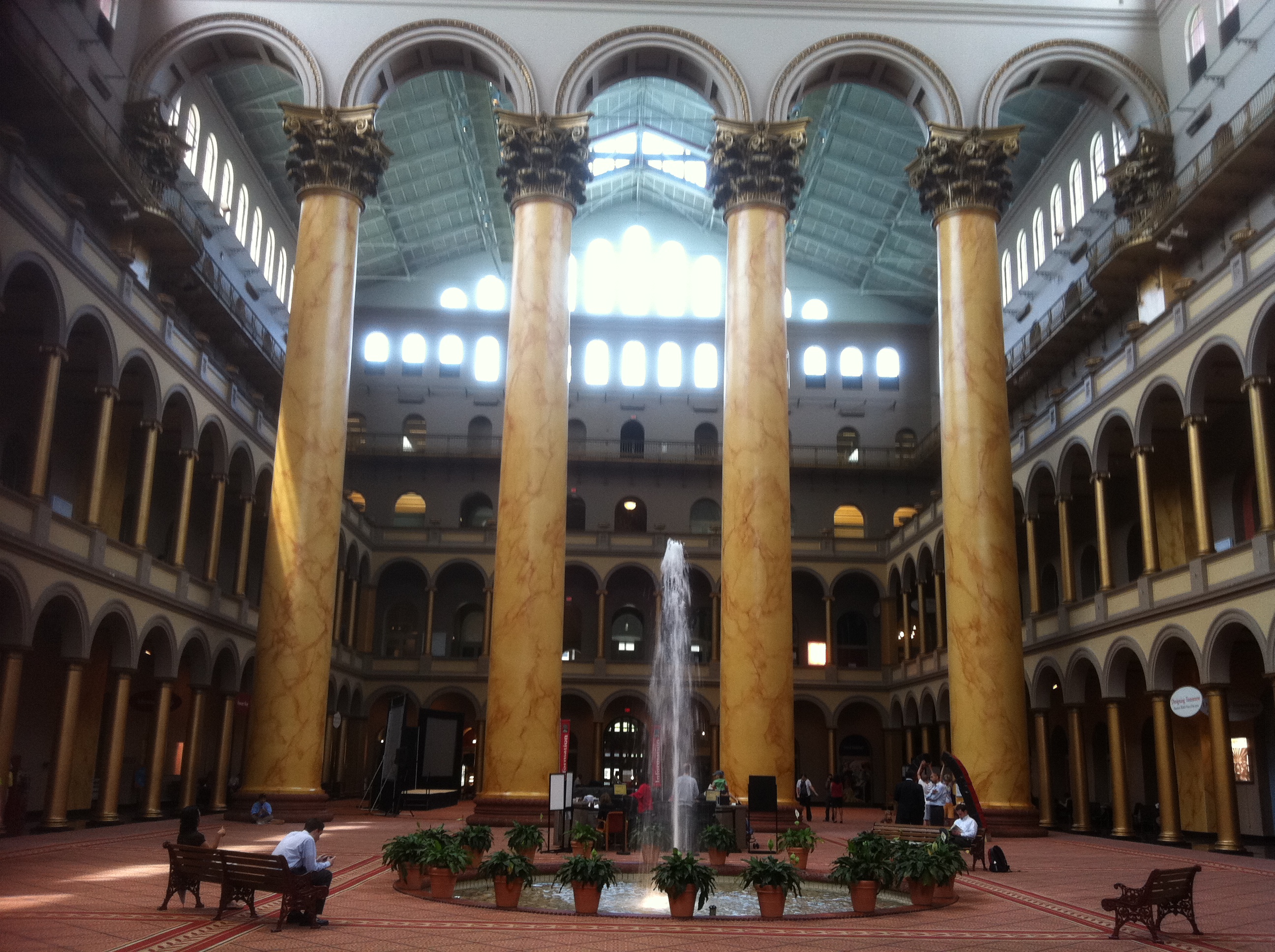 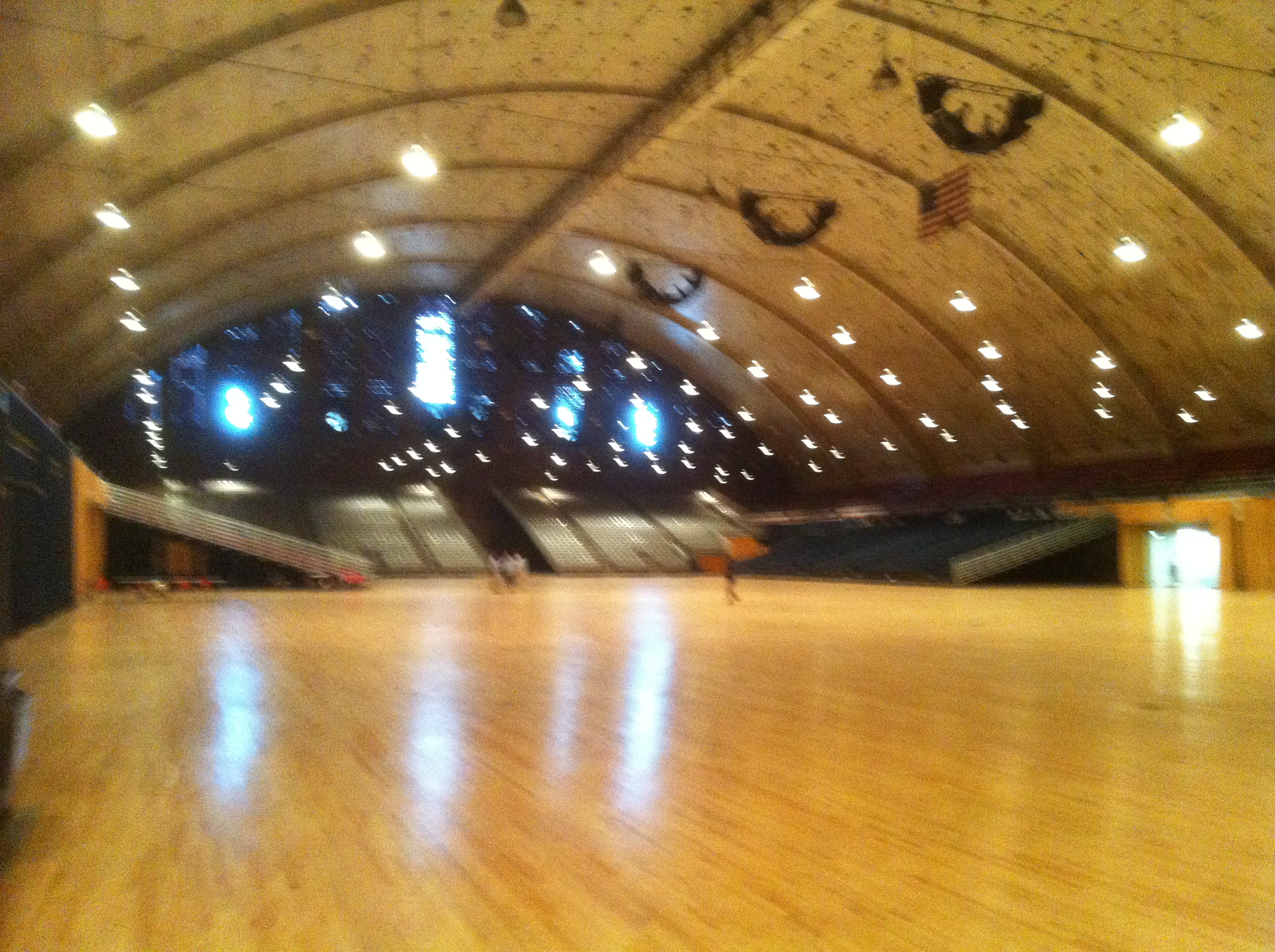 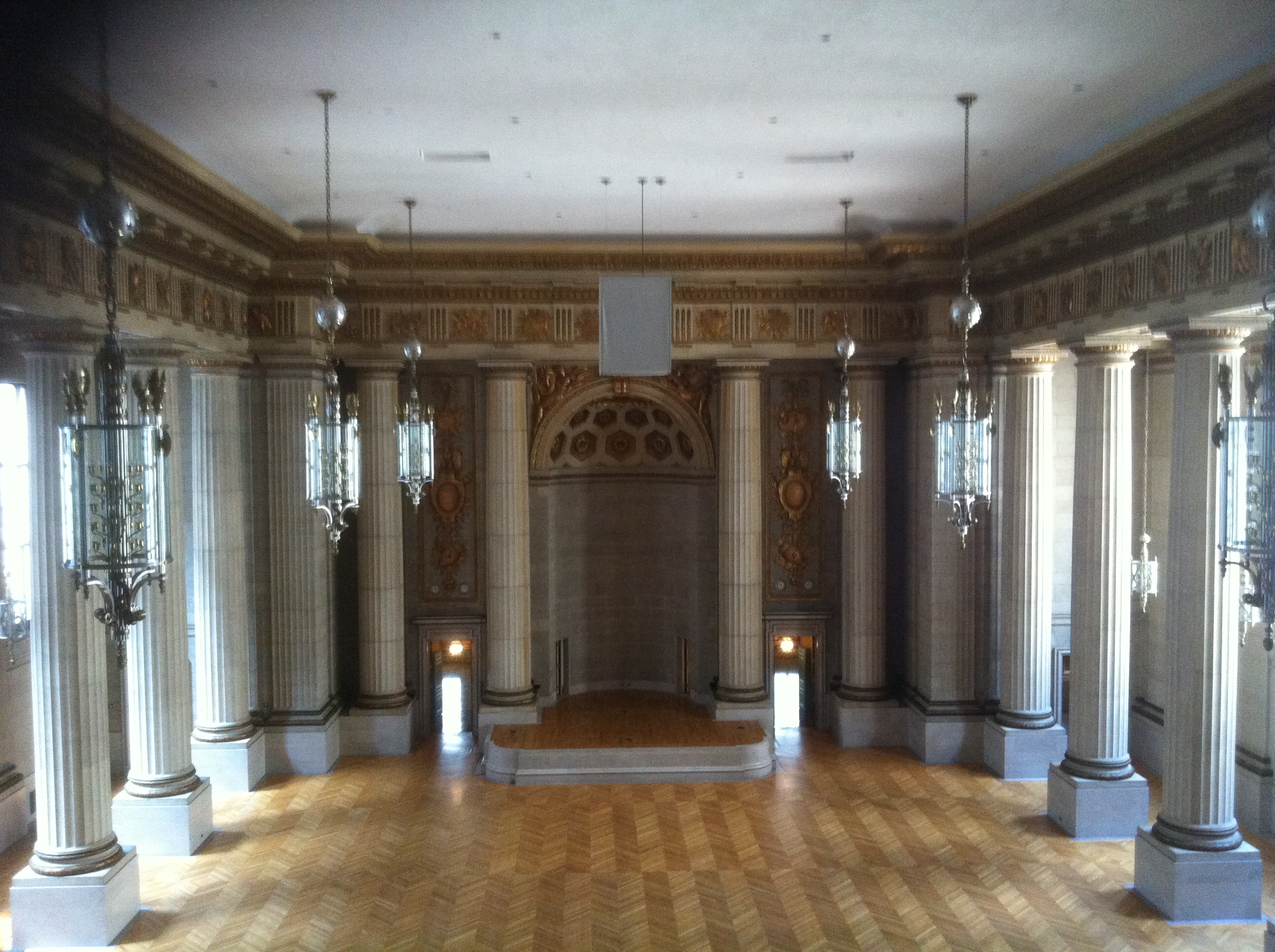 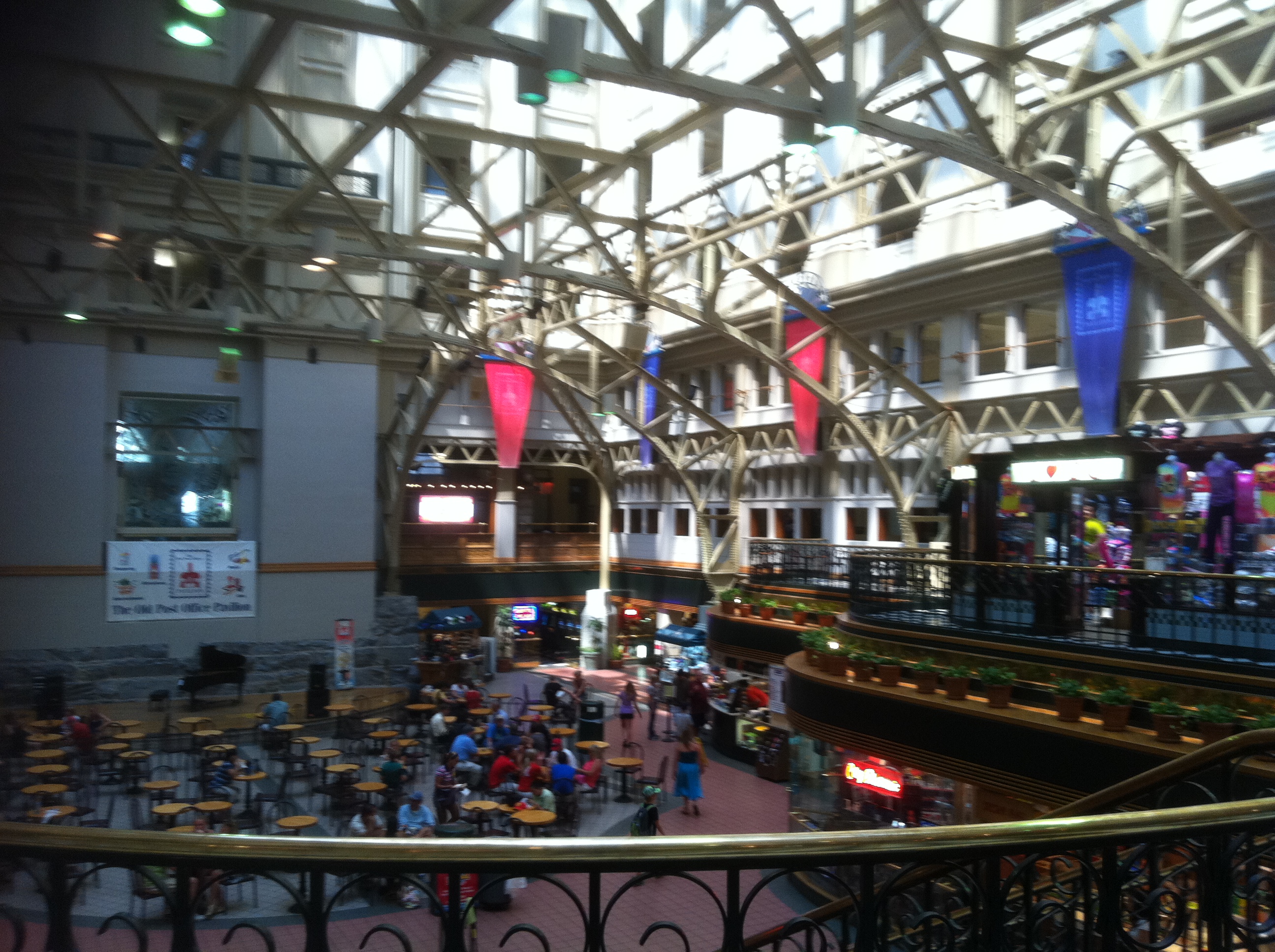 Washington Hilton (aka the Hinkley Hilton) 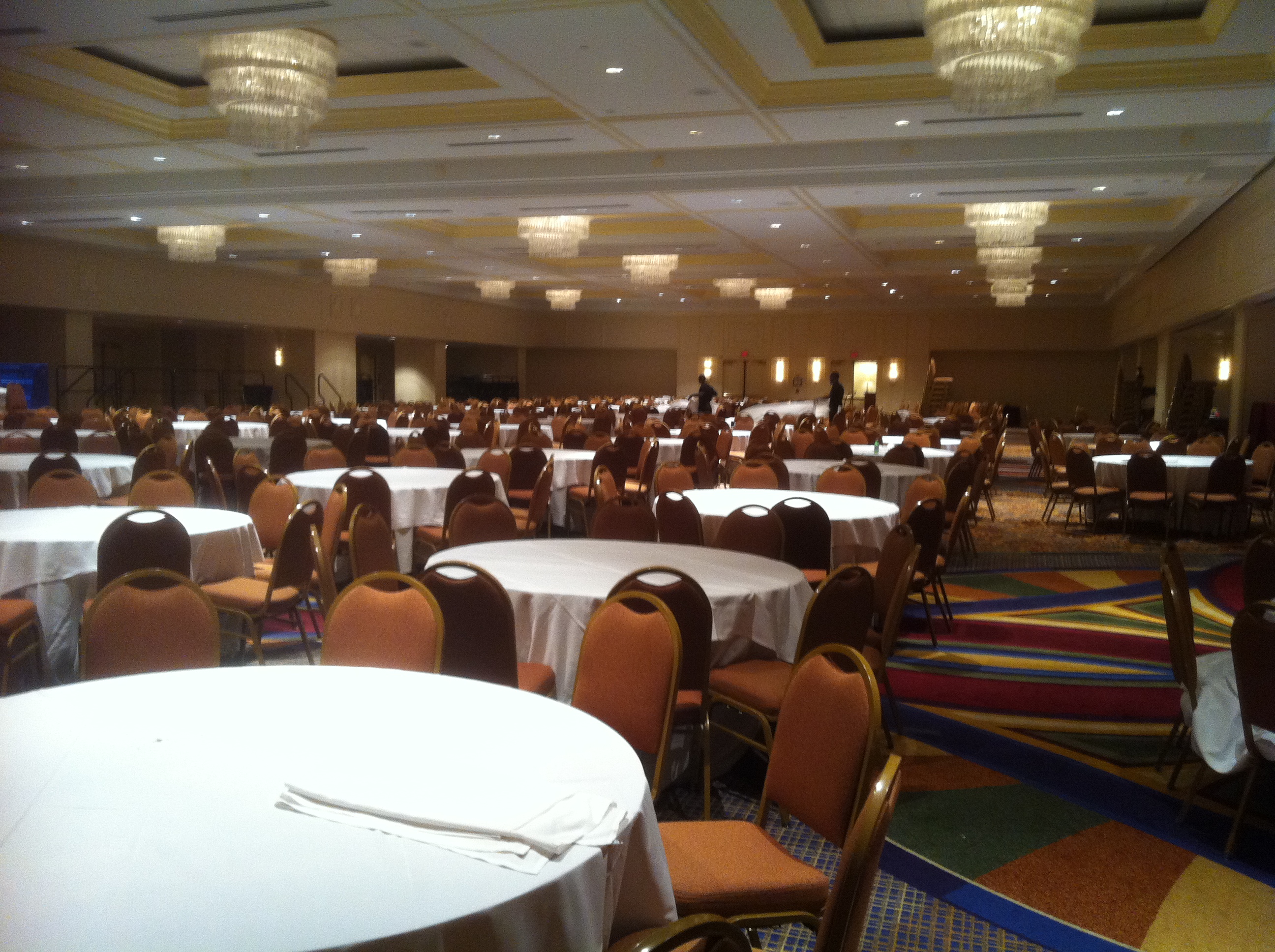 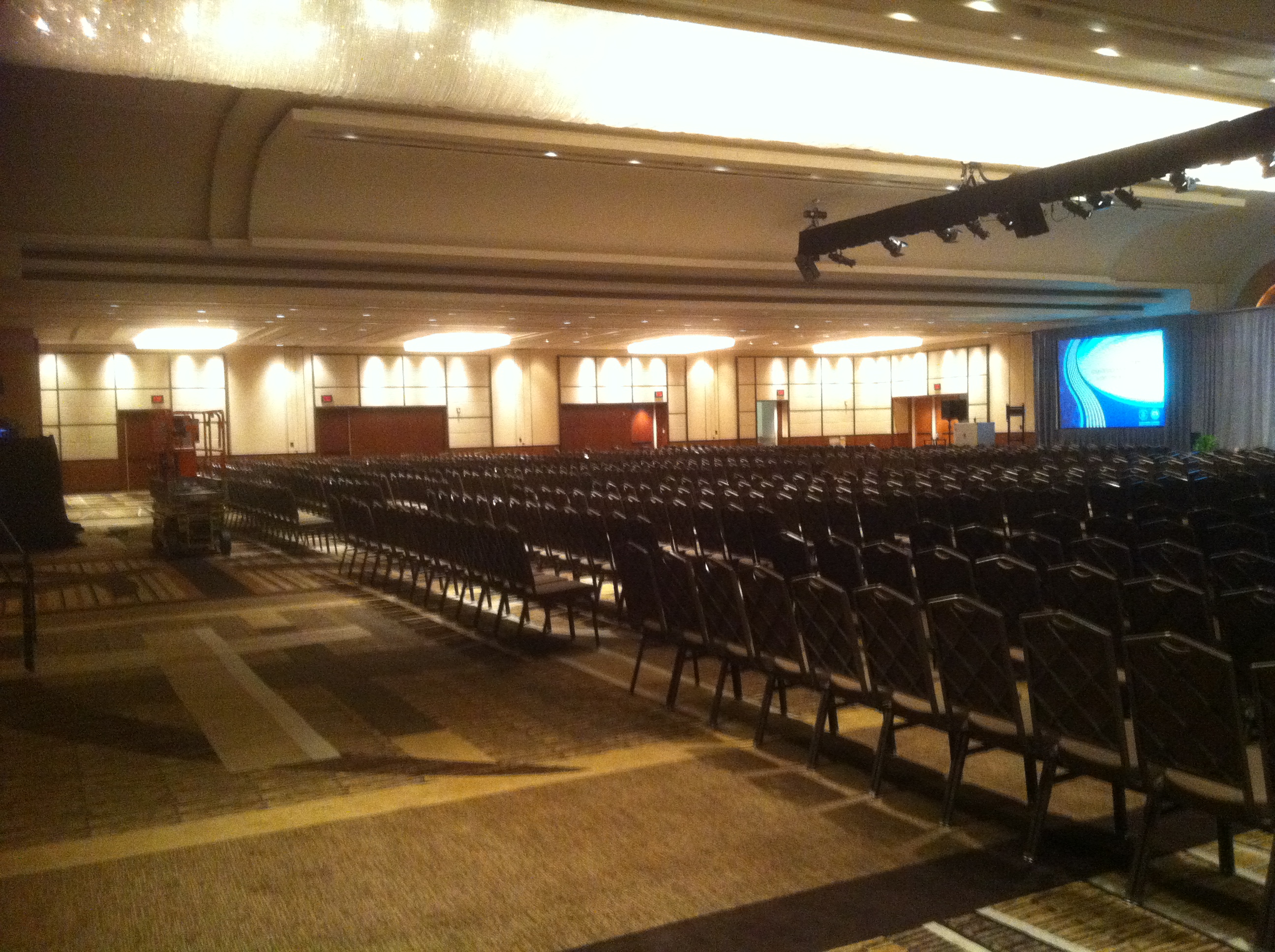