The kind folks at Google / Zagat reached out to invite us to participate in our first blog hop – in which they’ve asked Chicago bloggers to write a little about good nights out in the city.  They’re putting it together in honor of the release of their 2012 survey.

There’s nothing like the one-two punch of a Baconfest restaurant with a Baconfest bar to make a great night out.

It may seem odd, given that I am one of three organizers of one of Chicago’s most popular restaurant events, but I don’t get out much.  I have a two-year old son, a full-time job in the western suburbs, and an hour commute each way in addition to being a bacon impresario by night.  So when we do manage to wrangle a sitter and set aside a few hours to have a night out on the town, we want to make the most of it.

Last month, on one of the rare occasions that my wife and found ourselves with a free evening together, we went downtown to check out a workshop performance of a new script at the Goodman. Before the show, we went to Atwood Cafe – site of one of this year’s Baconfest Satellite Dinners. 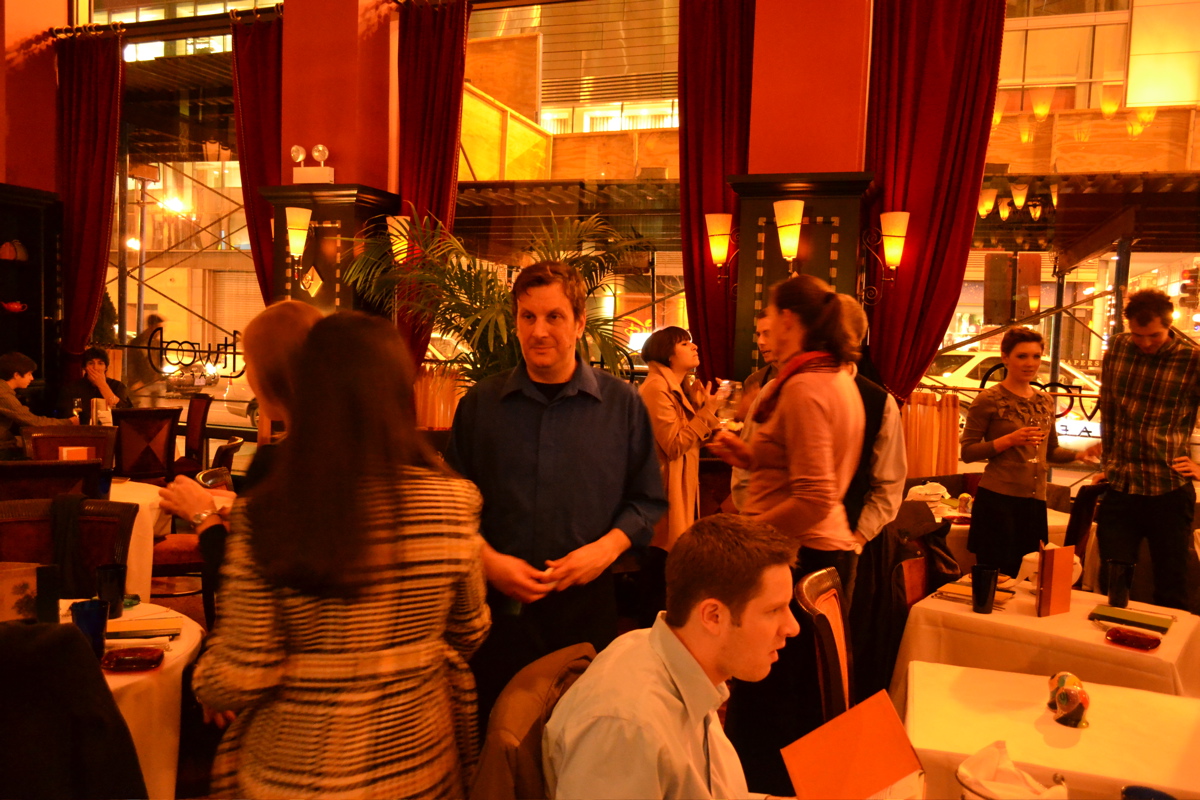 Andre’s usually the bacon-pimp, but that night the Mrs. and I got the full impresario treatment.  Special bacony apps – a bacon / pulled pork eggroll with bacony dipping sauces, the royal treatment by Atwood’s exemplary staff, expert advice on wine and the pleasure of a bustling room on a hopping Friday night in the loop.  Living on the Northwest Side, it’s easy to forget about the pleasures of an evening downtown, with towering skyscrapers overhead, giggling tourists gaping at the el tracks and the casual elegance of Atwood’s beautiful room.  If you haven’t been there to check out Chef Derek Simcik’s handiwork, go for it!

After the show, we were still up for some adventure, so we meandered over to Sable Kitchen and Bar.  The place was hopping – high-heeled, micro-mini clad hotties putting out the cheese for investment bankers, first-year med students unwinding after a day of cadavers, out-of-towners trying to get a glimpse of top-chef contestant Heather Terhune.

And at the bar, Mike Ryan is shaking up drinks. 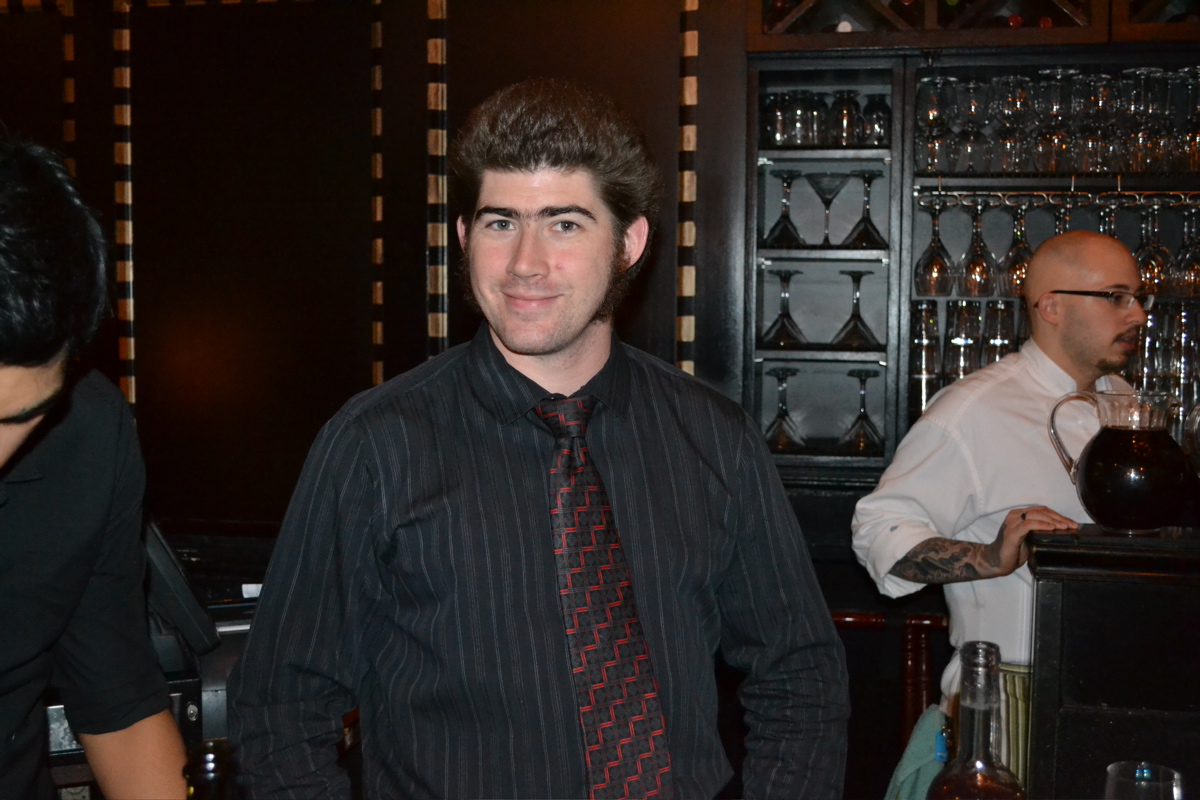 What I love about that guy is not only his creativity with spirits and his love of cured pork (he’s got three slabs of bacon tattooed on his forearm) but his understanding of the human art of tending bar.  There are only a few dudes who can size up a guest so quickly and so accurately.  With only a few words exchanged about preference and mood, he can set any customer up with exactly the drink they need.  Don’t know what you want or how to ask for it?  Don’t worry; Mike Ryan and his staff know what you need before you do.  He’s the Steve Jobs of mixologists.  And he wields a mean chainsaw on his bubble-free ice. AND he’s got a vat of bacon-infused rum behind the bar, ready to be mixed into his signature bacon cocktail, the “Swine & Thine”: Bacon-infused Rum Zacapa, crème de cacao, housemade chocolate bitters.  Check out the whole cocktail menu here.

That’s just one of the one-two punches you can get with a Baconfest vet; try Bar Deville / Beford / Fifty-50 for a Wicker Park night out with bacon attached.  Or Goose Island Brewpub then the Bristol.  Our vets won’t steer you wrong.

Or if you want to make sure that your bacon-quotient is high, make time for the last of our Satellite Dinners – January 19 at Hearty Restaurant, featuring Nueske’s Bacon, Tenuta Santome (care of Candid Wines) and Templeton Rye – some of the best booze for bacon there is.  Looking forward to seeing you there.

And if you like what you get, consider voting for it in the Zagat survey (voting is open till 1/16/12).

If you like this sorta blog post, check out the other participants in the blog hop who are all tackling the same topic: