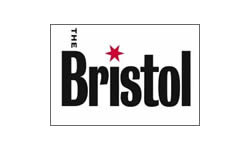 A rising star on the Chicago culinary scene, executive chef Chris Pandel has honed his craft at Courtright’s Restaurant, Café Boulud of New York, Tru, and Osteria Via Stato. He attended Johnson & Wales University and apprenticed under chef Rick Tramonto at Tru, working his way up to sous chef before becoming executive sous chef at Osteria Via Stato. He followed Tramonto to Cenitare, where he met John Ross. The new team, along with Phillip Walters, went on to open The Bristol, emphasizing a hands-on, locally-sourced, and Midwestern menu.