It’s a great year for whiskey at Baconfest!  We’re so excited to have added Bulleit Frontier Whiskey to the spirits line-up. They’ll be pouring samples of their whole product line:

Thanks for joining us, Bulleit, and making Baconfest a little boozier.

Want to try them all along with 140+ unique bacon dishes?  Grab tickets here, then come to Baconfest Chicago this Friday and Saturday, April 6 & 7, at the UIC Forum! 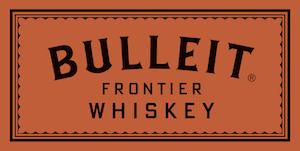 The Bulleit Distilling Co. was founded in 1987 by Tom Bulleit, whose Bulleit Bourbon is inspired by a family tradition. Bulleit Rye, a straight rye whiskey, was added to the portfolio in 2011 to critical acclaim, and the brand’s third variant, Bulleit Bourbon 10-Year-Old, was introduced in 2013. Bulleit whiskeys use a higher proportion of rye grain, which gives them their distinctive bold, spicy taste. Bulleit ranks as one of the fastest-growing whiskeys in America, which Tom largely credits to word of mouth recommendations. In 2014, Bulleit broke ground on The Bulleit Distilling Co., a new $115 million distillery located in Shelbyville, Ky., which opened in March 2017. Guests are invited to learn more about the past, present and future of Bulleit by visiting the Bulleit Frontier Whiskey Experience at Stitzel-Weller in Louisville, Ky., a member of the Kentucky Bourbon Trail® tour. For more information, visit www.bulleit.com or follow us on Instagram @Bulleit and #Bulleit.