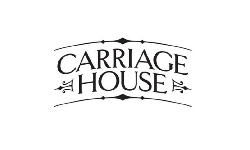 From its origins as a tack room to its contemporary incarnation as a hospitable retreat, the Lowcountry carriage house has evolved from its rustic roots to offer genteel repose-much like Southern culinary culture itself. Our modern carriage house beckons with both intriguing history and fresh inspiration, enfolding visitors in a simpler way of life where a small plate of shrimp and a nip of bourbon are the evening’s star attractions. Find this culinary excursion in chef Mark Steuer’s menu at Chicago’s own Carriage House, bringing “down south” up north.