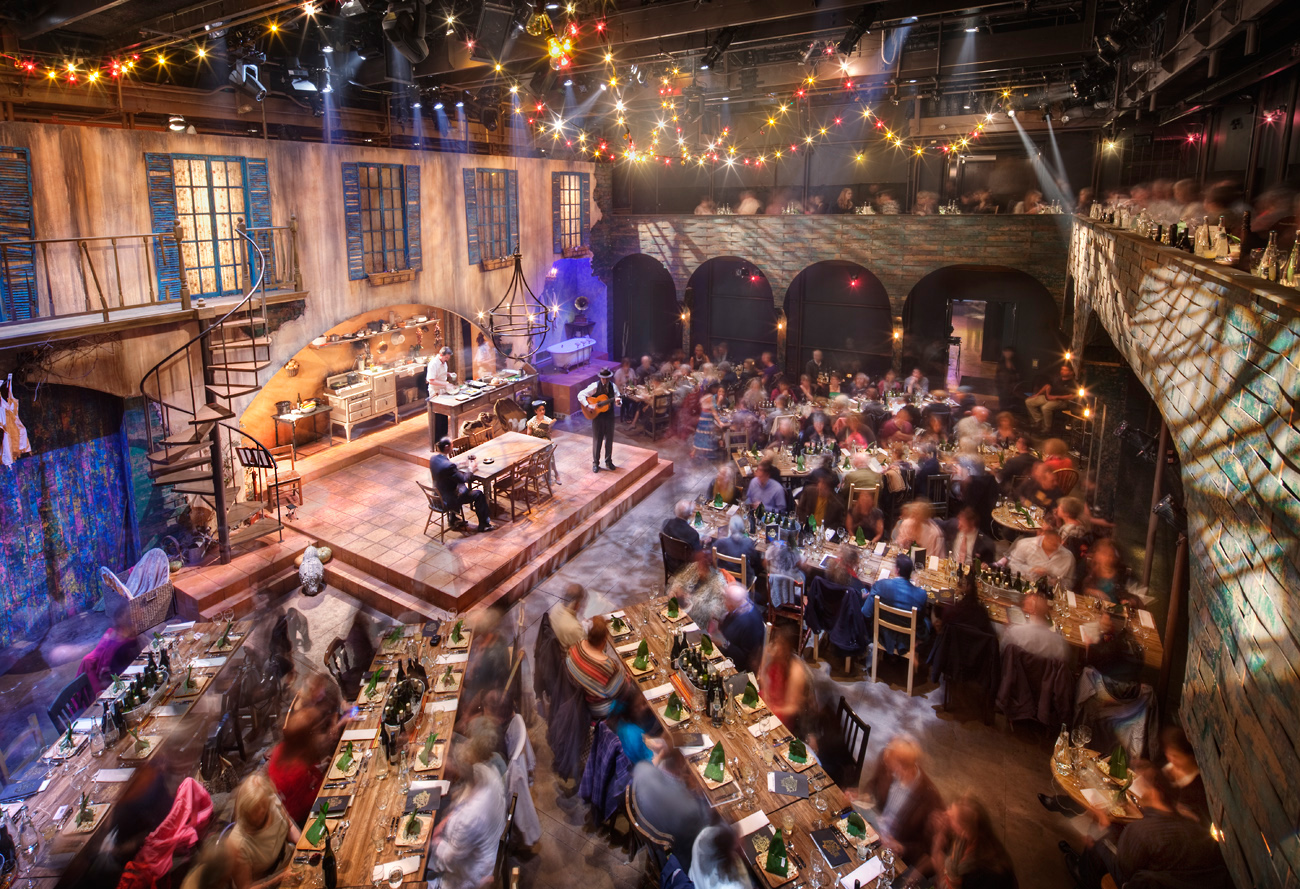 And happy July to all of you. This is Andre Von Baconvitch reaching out to everyone with a personal note.  I normally never mix the worlds of my “day job” (as a sound designer/composer) with that of my Baconfest producing alter ego, but this is one of those unique situations where the two spheres *sort of* overlap.  I MUST let you know about a theatrical production happening this summer for which I am one of the production designers.

So I’m a proud company member of Lookingglass Theatre here in Chicago, and we are remounting a show called CASCABEL which we premiered to phenomenal success in 2012.  It’s sort of dinner theater meets circus meets awesome evening of entertainment created by Tony Hernandez, Heidi Stillman and Rick Bayless (that’s right THE Rick Bayless). Rick stars in the show – acts, dances, cooks, etc.  The evening includes a multi course menu complete with pre-dinner appetizers, margaritas… the works, all prepared by Rick and his team at Frontera (who, by the way, rocked Baconfest in April – thank you Jennifer Jones!), .

This intensely intimate evening of theatre takes place in a boarding house in Mexico run by Rick’s character “the chef”. You the audience are “the guests” sampling his creations as he tries to woo back his long lost love by infusing his food with aphrodisiacal, magical powers.  NEED. I. SAY. MORE. ?

If you missed it in 2012, now is your chance.  CASCABEL returns for a four week limited run at the Goodman Theatre July 30 – August 24!

Below are the pertinent details. Please come out and support Lookingglass. Where else can you see such a hybrid of theatre, circus, music and the culinary arts?  Answer:  nowhere. It really is a blissful evening of entertainment, a feast for all the senses.  And I’m not just saying that because the acrobats and circus performers are smoking HOT HOT HOT!!  (But they are.!)  The food, the music, the visuals… it’s just one big pleasure-gasm.  Get your tickets ASAP, as it sells out EVEN FASTER than Baconfest Chicago. 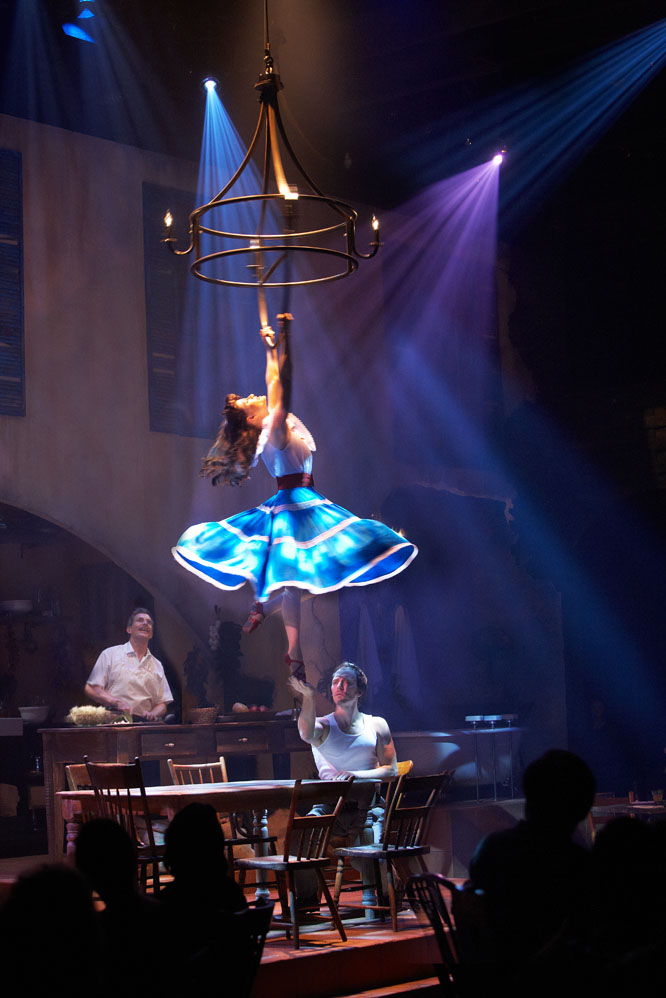 In 2012, this one-of-a-kind experience played to sold out houses and had the Chicago Tribune exclaiming, “there’s nothing even remotely like it in Chicago!” Now the unforgettable theatrical adventure is back for a limited engagement with new menu elements at a new venue. Cascabel is sensory dining unlike anything you’ve ever experienced: it’s a sumptuous gourmet Mexican feast, world-class circus acts, exhilarating flamenco, starring celebrity chef Rick Bayless. 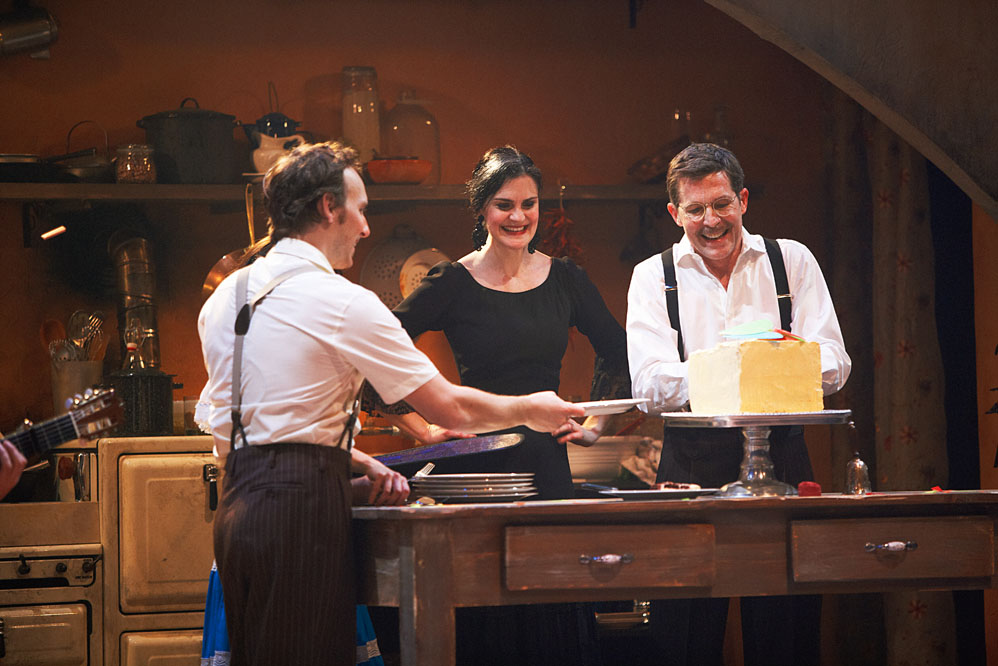 About Lookingglass Theatre Company
Lookingglass Theatre Company is the recipient of the 2011 Tony Award for Outstanding Regional Theater. The company is home to a multi-disciplined collective of artists who create original, story-centered theatre through a physical and improvisational rehearsal process centered on ensemble. Now in its 26th Season, the company has staged more than sixty world premieres and garnered numerous awards. Lookingglass productions have toured to more than a dozen cities including New York City, Los Angeles, Seattle, Berkeley, Philadelphia, St. Louis, Kansas City, Louisville, Atlanta and Washington D.C. Lookingglass is located in Chicago’s landmark Water Tower Water Works on the Magnificent Mile.

About Rick Bayless
Most people know Rick from winning the title of Bravo’s Top Chef Masters. His Public Television Series, Mexico–One Plate at a Time is broadcast coast to coast. His restaurants include Frontera Grill (winner of The James Beard Foundation’s highest award, Outstanding Restaurant, in 2007), The 4-star Toplobampo, LEED GOLD-certified XOCO, as well as quick-service restaurants at O’Hare Airport, Macy’s stores and Northwestern University. Rick has won six James Beard Awards: Midwest Chef of the Year, National Chef of the Year, Humanitarian of the Year, Who’s Who of American Food and Drink, plus two for his cookbooks. 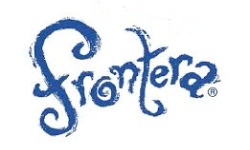 About Frontera Grill
Frontera Grill was named “Outstanding Restaurant” by the 2007 James Beard Foundation Awards. Frontera Grill uses beautiful ingredients to bring to you the bold flavors and immediate freshness that jump off the tongue just as it does in Mexico. Visit www.rickbayless.com to learn more.

About Silverguy Entertainment
Founded in 1998 by Tony Hernandez and Lijana Wallenda Hernandez, Silverguy is a live action theatrical circus company that consists of members of the world-famous Wallenda family and former members of Ringling Bros., Cirque du Soleil and Blue Man Group. Tony created Lookingglass’ smash hit circus odyssey Hephaestus, in which he and Lijana (along with daredevil Nik Wallenda) participated in the death-defying, seven-person highwire pyramid. 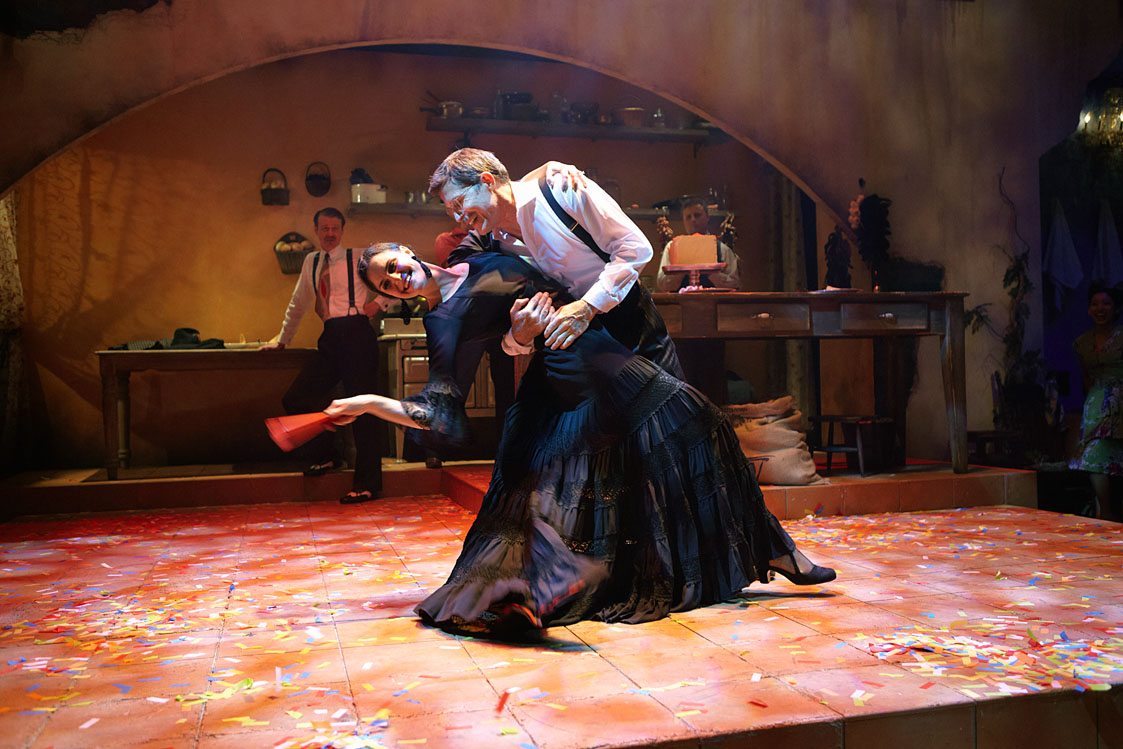 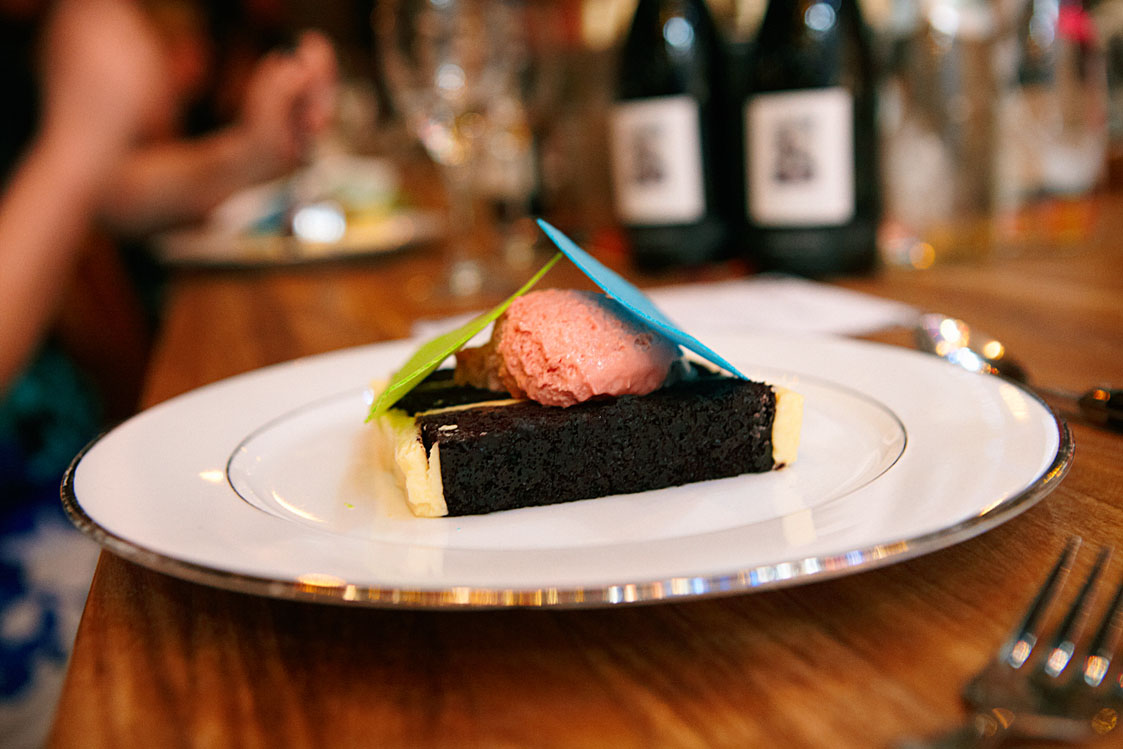 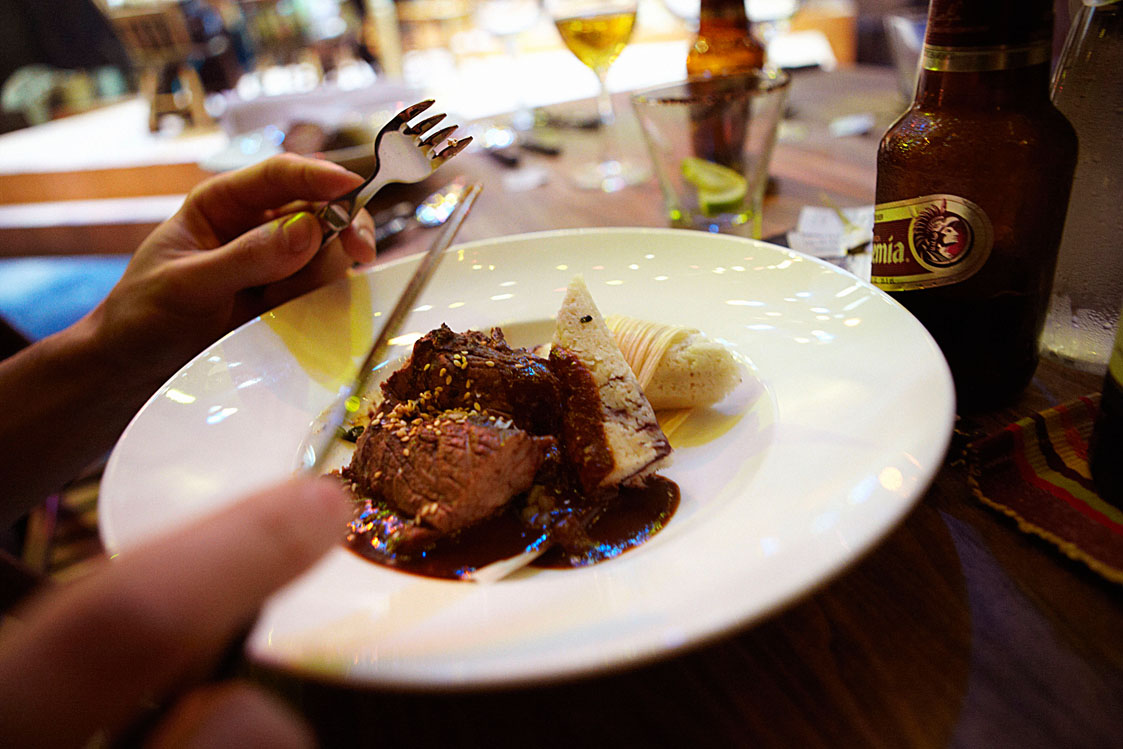 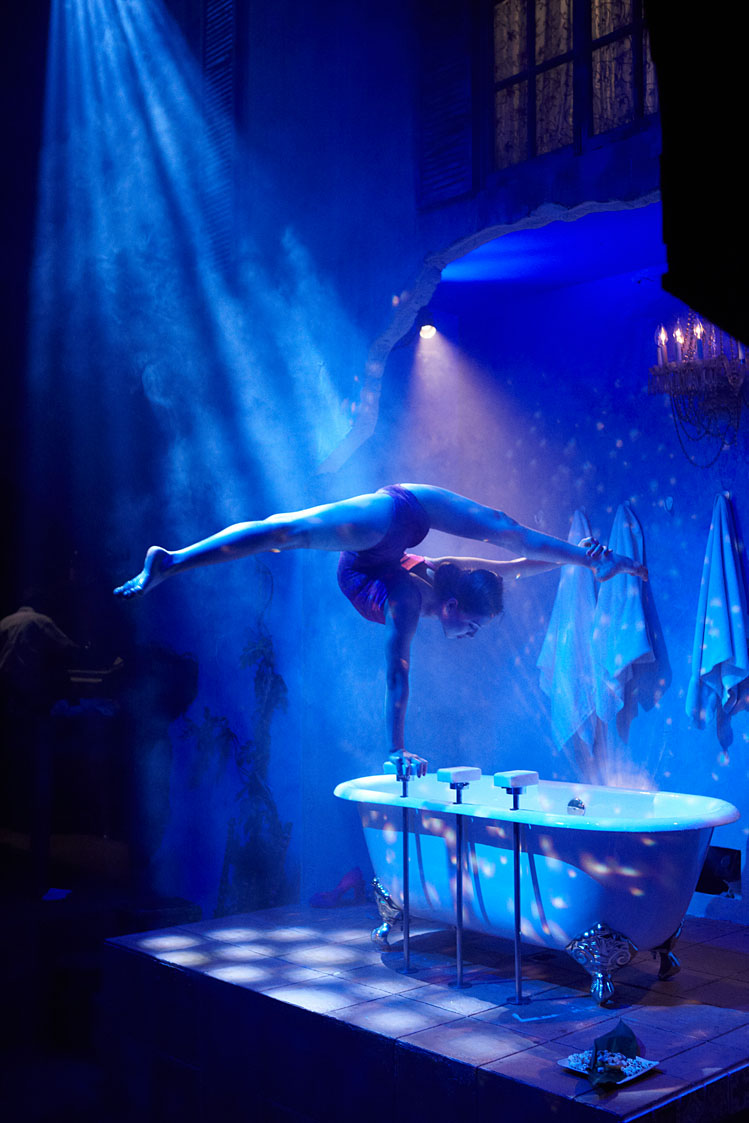 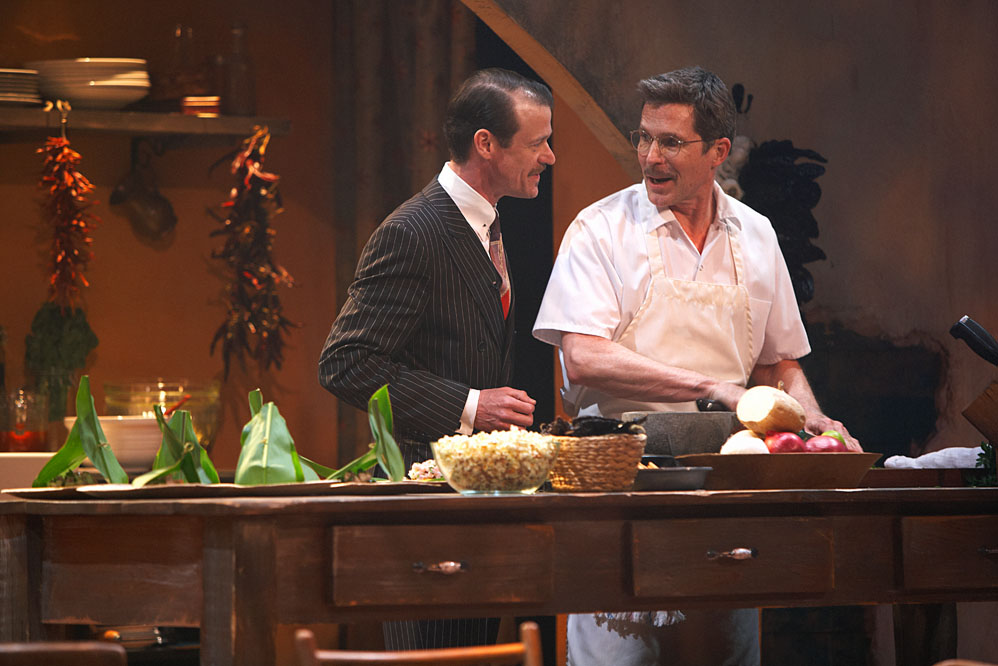