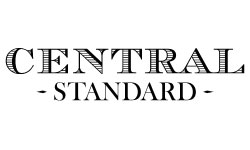 As like most chefs, Ryan Wombacher started his career as a dishwasher at his best friend’s parent’s restaurant when he was in high school. During his time there, Ryan took the opportunity to learn everything he could in the kitchen. Realizing that cooking was his passion, he decided to pursue a culinary career and enrolled at Kendall College. While at Kendall, Ryan was exposed to many different aspects of cooking and experiences. During his schooling he worked at Caliterra at The Wyndham Downtown under Chef John Coletta.

After graduating from culinary school, Ryan worked and opened several restaurants including Rhapsody, the Club at Symphony Center, Landmark and Boka.

Ryan’s career took him to Louisville, Kentucky where he worked at NorthEnd Cafe and James Beard nominated farm to table restaurant, 610 Magnolia.

Now, back in Chicago Ryan opened the new Park Tavern, and will be the executive chef at soon to be Central Standard in River North.

In his free time, Ryan teaches at Robert Morris in Chicago and cooks for charities like The American Liver Foundation, which directly affects him. His mother is a 2 time liver and kidney transplant survivor. As well as a 2 time cancer survivor.