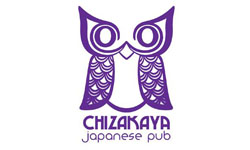 Harold Jurado has cooking in his blood—his mother is chef and baker for a family-owned Filipino restaurant in the suburbs of Chicago. Growing up, he witnessed the passion it takes to cook great food for a living, the organization necessary to streamline kitchen chaos, and the patience to retain employees who work in a high stress-environment. As Jurado became more engaged in the world of food and hospitality, he enrolled in Kendall College and graduated with his Associates Degree.

Jurado started his culinary career at Japonais in Chicago, where he moved his way up from intern to sous chef. He then moved to New York to open the Japonais in Union Square and continued to the restaurant’s newest location in Las Vegas. While in Las Vegas, Jurado caught wind that Chef Charlie Trotter planned to redefine the cuisine in the new wing of the Venetian Casino and Hotel. Rolling the dice, Jurado flew back to Chicago to stage at Charlie Trotter’s and earned the opportunity to work at Trotter’s dining institution and join the opening team back in Vegas. With his career constantly on the move, Jurado decided to bring his experiences full circle, bringing it all back to Chicago and working under Chef Rodelio Aglibot to help open Sunda.

To fill the void of great Japanese comfort food in Chicago, Jurado pounced on the opportunity to open his own restaurant serving izakaya cuisine. After travels to Japan, Chizakaya (Chicago + Izakaya) was born. Chizakaya is the Asian delegation among Chicago’s hot (and prestigious) congress of gastropubs, and its Chicago-inspired Japanese pub fare is 100 percent Jurado.