Bacon Burnt Ends brings together two of my favorite things: bacon and barbecue. Traditional brisket burnt ends, the beloved treat of ‘cue enthusiasts, are typically smoked, given an additional coating of seasoning, and then smoked again. But they’re made of beef– wouldn’t a “burnt end” made of bacon be even more spectacular?
As I thought about how to make it happen, I asked myself, “what does bacon want?”
Bacon heard from its friend, pork butt, about the relaxing delights of a barbecue rub massage. So I gave bacon a rub of its own.
Bacon remembers luxuriating in hardwood smoke, and wants to do it again. So I barbecued it over hickory for hours, until its insides would nearly melt with tenderness, if not for the smoky, spicy bark covering the outside.
Bacon doesn’t want to be naked, so I enveloped it in a sweet, tangy glaze.
Bacon is a little jealous of the love heaped on brisket burnt ends. Bacon wants to show how much better than brisket it can be, so I gave bacon its shot.
Like brisket burnt ends, the end result is an intense experience, smoky and spicy, fatty and delicious. Unlike brisket burnt ends, Bacon Burnt Ends are made from bacon, and that makes all the difference in the world.
List of ingredients:
Slab bacon is coated with a thin layer of mustard and then given a liberal dose of a barbecue rub consisting of:
kosher salt
black pepper
brown sugar
paprika
ancho pepper
guajillo pepper
cayenne pepper
coriander
sage
onion powder
garlic powder.
It’s then cooked for several hours, low and slow, over hickory in a smoker.
As soon as it’s removed from the smoker, the bacon is cut into 1” cubes and tossed with a glaze consisting of:
brown sugar
cider vinegar
spicy brown mustard
bacon drippings
fish sauce
paprika
ancho pepper
guajillo pepper
cayenne pepper
Serve hot and they’ll be gone before they cool. 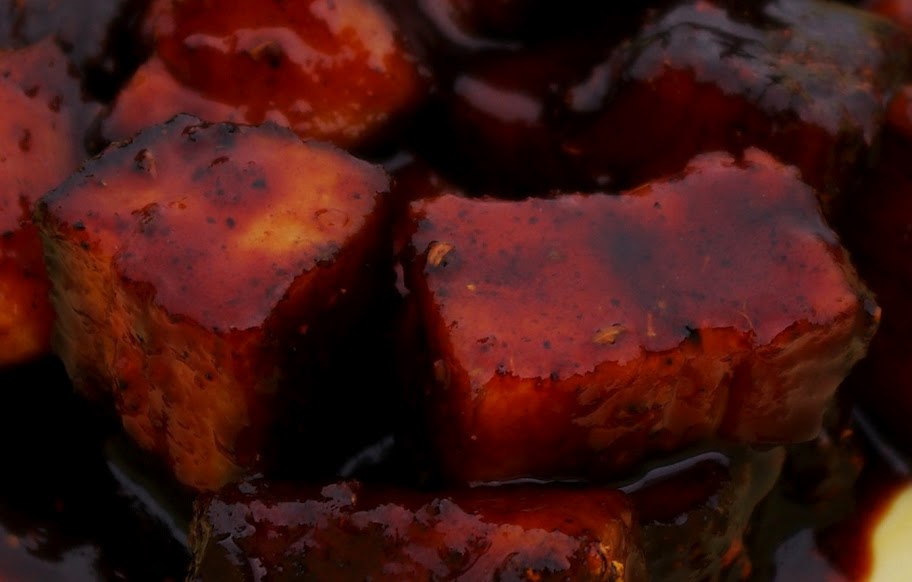 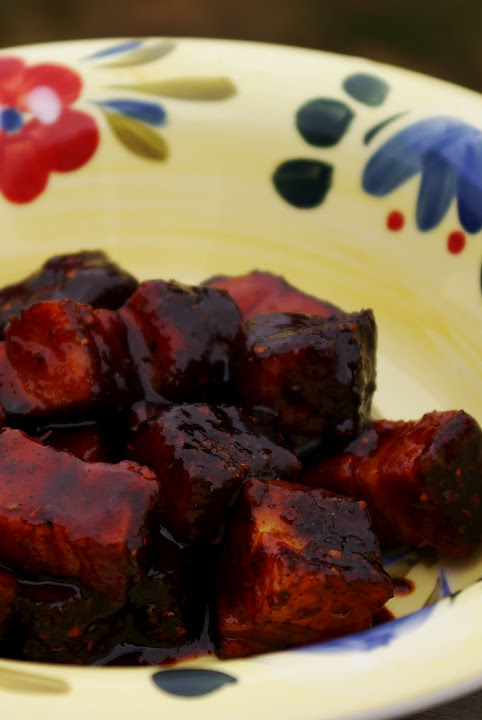