We love our sponsors.  And we’re not just saying that.  Katie Das of Das Foods was a strong early advocate for BACONFEST CHICAGO and continues to support our efforts to bring bacon to you Bacon Nation.  She is joining us April 10th as a MAJOR Sponsor.  Stop by her table at the Expo and give her some love! 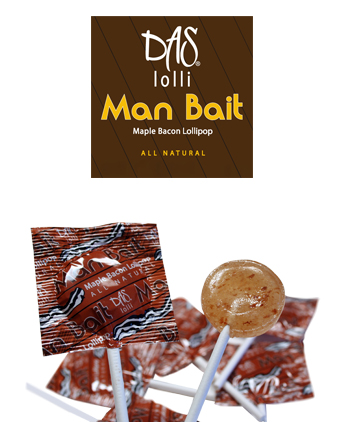 Das Foods
Katie Das started Das Foods in 2006 in Chicago, IL. Originally specializing in gourmet salts, Katie had signed up for a World Of Chocolate fundraiser organized by the AIDS Foundation of Chicago. Caramels, Katie decided, would allow her to showcase French fleur de sel sea salt, first given to her by an inn-keeper in Guerande, France, and traditionally used in caramels from Brittany. Thus, Das Caramelini Caramels were born! Katie presented four flavors: Classic, Chocolate & Walnut, Orange & Honey, and Lemon & Honey. Each small piece would be crowned with Fleur De Sel right before being passed into the waiting hands of patrons. The caramels were an overnight success.

Operating from a small manufacturing facility in Wauconda, IL, Katie has since expanded the line to include eight unique and indulgent flavors.  All caramels use only natural and sustainable ingredients such as Midwestern cream, butter, and honey, all of them procured from small farmers.  She also donates 10% of profits to AIDS Foundation of Chicago and collaborates with the Foundation on many events every year.

Along with Das Caramelini Salted Caramels, our small candy company also makes adventurous Das Lolli Lollipops. Our confections are all natural, affordable and have flavors you just don’t expect (like bacon!).