This is Andre Vonbaconvitch checking in.  I hope you are all having a great summer.  I know it’s the “off season” and that most of you won’t read this, but for those who might be bored at work, here’s is a quick update from Baconfest Chicago Central regarding… well… nothing really that Baconfest related, but festive nevertheless.

First off, it’s about three months since Baconfest Chicago 2011 (which by the way WAS AWESOME) – and thanks again to everyone who came out to party with us.  We’re now starting to circle the wagons as we begin prep for Baconfest Chicago 2012.  We’re targeting around the same time as usual (early April), and based on the tremendous success of 2011, as of now anyway, we’re planning on using the same venue (the UIC Forum) for next year.  Stay tuned in the next months for date/venue confirmation for 2012.  And rest assured, the Triumvirate guarantees that Baconfest Chicago 2012 will be even more BACONTASTIC than ever.  We’re also amidst scheduling our Fall Satellite Dinner Series, and we hope to announce those dates and restaurant partners by early September.

On the national front, Seth, Michael and I are working to bring the bliss that is Baconfest to other currently deprived municipalities, Washington D.C. and San Francisco are next on the radar.  BFDC and BFSF – here we come! But more on those ventures later.

I really wanted to write this post to congratulate fellow BFC Co-founder Michael on his glorious wedding to his lovely bride Erin Lowery.  The happy couple tied the knot last Saturday at the Madonna Della Strada Chapel at Loyola University followed by a KILLER reception.  (The Irish do not mess around!)  Michael is the final member of the Baconfest Chicago Triumvirate to walk the matrimonial plank – and we could not be happier for him.  How he hypnotized such an awesome lady into marriage is a mystery to us all, but AMEN, and there you have it!  Congratulations brother Michael!!!  A few photos are below.  Oh and a special thanks to Ginna and Bridget from Salted Caramel for providing the delicious Bacon-Bourbon Caramel Corn which were a HUGE hit at the sweets table at the reception.  (I know it’s lame to plug our vendors in a wedding re-cap – but hey, they were really tasty, as always.)

That’s it for now Bacon Nation.  Enjoy these dog-days of summer and we’ll holler back as plans for next year are all firmed up.

The Baconfest Triumvirate:  Seth, Mike (the Groom) and Andre schlockered at the end of the evening. 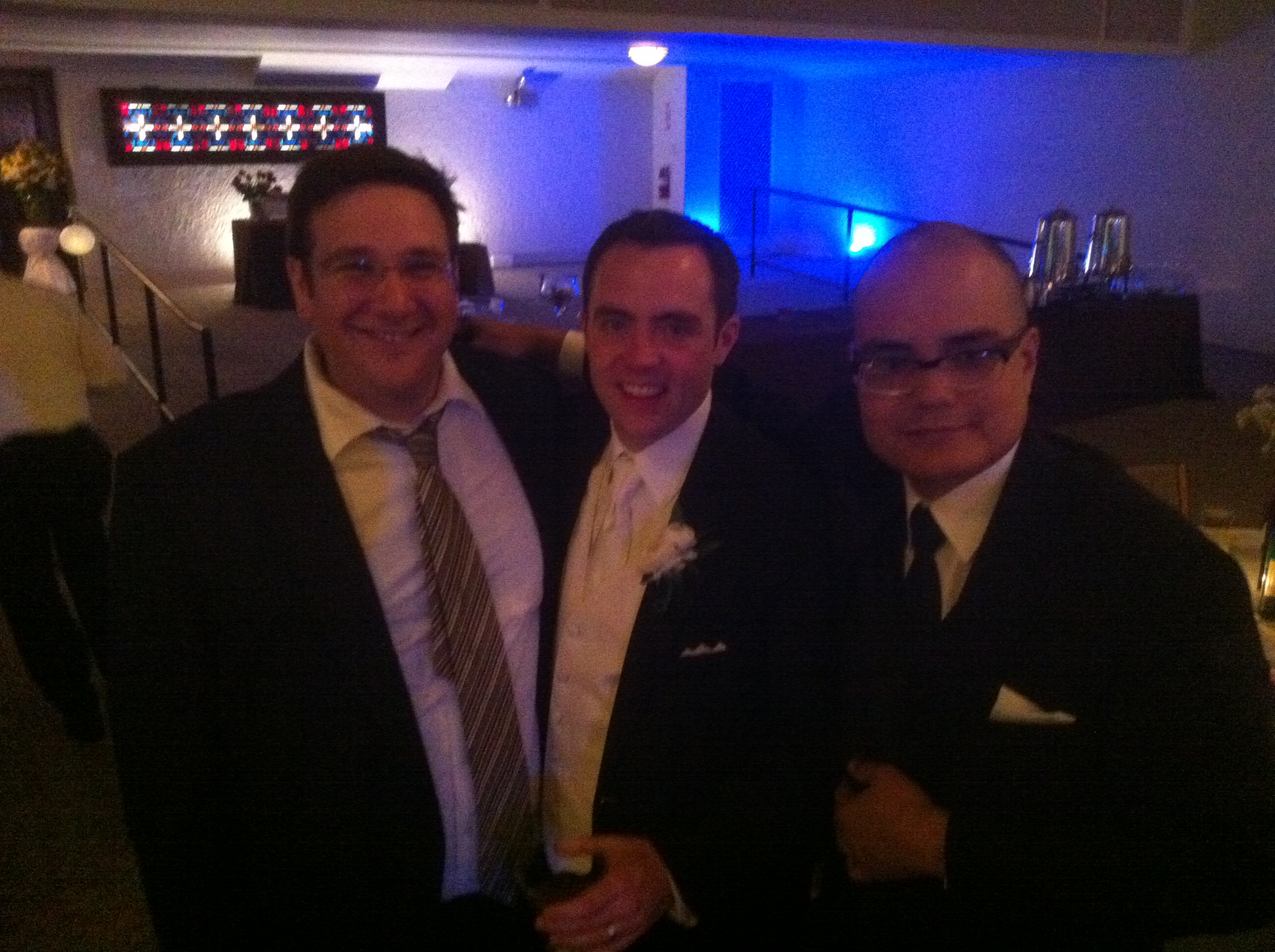