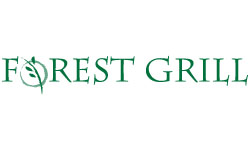 Chef Brian Polcyn (Forest Grill) is an award-winning chef and charcuterie expert.  Chef Polcyn is nationally recognized for his creativity and culinary talents, and as the visionary behind some of Detroit’s most acclaimed restaurants.  He created four of Michigan’s most prominent restaurants before opening the Forest Grill in Birmingham, Michigan in 2008. The Forest Grill is an American bistro that provides fine food to its neighbors and guests.  It incorporates elements of traditional European cooking techniques, modern American cuisine, and exceptional ingredients and winner of restaurant of the year in the Detroit Free Press 2010 and in Hour Detroit Magazine in 2009.

In 2000 Chef Polcyn was prominently featured in Michael Ruhlman’s widely read book, “The Soul of a Chef: The Journey Toward Perfection”.  That takes the reader through Chef Polcyn’s grueling weeklong Certified Master Chef practicum and exam at the Culinary Institute of America.  Chef Polcyn and Ruhlman teamed up in 2005 to publish “Charcuterie: The Craft of Salting, Smoking, and Curing.”  “Charcuterie” was also nominated for a James Beard Award.  Currently the two are working on their second book that focuses on Italian Salume.

Chef Brian has been featured in local and national publications, including The New York Times, The Detroit News, Atlantic Monthly, Gourmet, Bon Appetit, Playboy, Detroit Hour Magazine, The Detroit Free Press and Wine Spectator.  His numerous awards include three gold medals and a silver medal from The American Culinary Federation. The Hiram Walker Corporation recognized him as a “Rising Star in American Cuisine.” In 1990, he was first runner-up in the semi-annual American Culinary Gold Cup Bocuse d’Or, which is a competition that seeks America’s top native-born chefs. Five Lakes Grill won best restaurant in 2005.  Chef Polcyn was also nominated for Best Chef Midwest in 2006 by the James Beard Foundation.  He has cooked several times at the James Beard House in New York City, participates at the Traverse City Epicurean Classic, and the Star Chefs International Chefs Congress.
Chef Polcyn is also a faculty member at Schoolcraft College where he teaches charcuterie.  He is also involved with many local charities, such as Michigan Chefs Against Hunger, Share Our Strength, Children’s Leukemia Foundation of Michigan, and National charities such as the Taste of the NFL.
Chef Polcyn and his wife Julia, have five children. He enjoys spending time with his family. When he is not in the kitchen, at school or with his family you can find him in the skies.  Chef Polcyn is a licensed pilot. 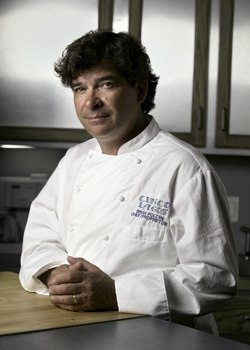