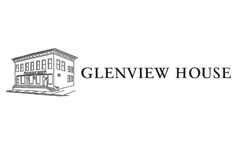 With over 200 years of history behind the establishment, Glenview House, located at 1843 Glenview Road, reopened in April 2011, extensively rehabbed and converted into an upscale American restaurant and bar and whiskey lounge. Under the ownership of Steve Podjasek (co-owner of Bar on Buena in Lakeview) and his brother Michael Canning, their goals were to bring the North Shore a new Glenview House with both modern amenities and historic charm.

Originally established in 1878, the Glenview House has a history inseparably intertwined with the history of Glenview. It was the first operating bar in town and in the 1860s, also opened as an inn. In 1899, John Dilg bought the tavern and added a third floor to the building. The Glenview House’s third floor, being the largest room in the building, was a place for people in the community to hold meetings, dances, church services, and even classes from overflowing schools. The third floor burned down in 1923, but the building continue to run as a bar serving the locals. The tavern changed hands over time, but has always been a place where friends could get together for drinks.

In 2010, Glenview House was purchased by Podjasek and Canning who rehabbed the landmark, but kept the building’s structure and historical charm. Artifacts, signs and photos are now displayed throughout the restaurant and bar. The owners brought in Chef Grant Slauterbeck (formerly with Keefer’s, One North Kitchen & Bar and Pinstripes) who created the menu focusing on simple, fresh, locally sourced, organic and delicious ingredients. Glenview House’s menu features beautifully presented, upscale American comfort food with French, Italian, and Asian influences. Slauterbeck designed a menu that reads quite simply, however, at the first bite, guests will realize that an incredible amount of care has been put into each offering, and that an unexpected complexity exists in each dish. Menu items include pub favorites like Duck Quesadillas, Pot Roast Nachos, Lobster Roll and Free Range Chicken Sandwich plus savory entrees like the Seared Scallops with grilled polenta, Three Beef Burger with braised short rib, prime rib and ground chuck, and Bouillabaisse with fresh seafood in a tomato saffron broth. The menu changes seasonally and will evolve as the restaurant does.

Glenview House prides itself on the extensive beer, wine and spirits selection. The restaurant has even started a club where guests can sign up to learn more about events and happenings at Glenview House based on the type of spirit they have selected- wine, beer or whiskey. The restaurant specializes in craft and imported beers with over 100 different beers available on draught and in bottles. The selection itself includes over 30 styles of beer from over 60 brewers.

With over 100 whiskies to choose from, Glenview House has the North Shore’s best whisky collections. The restaurant offers over 60 scotches and 50 North American whiskies, hand selected by Glenview House General Manager and whisky aficionado Don Westhoff. Guests can sit back and relax with a glass of whiskey on a handsome leather sofa in the whiskey lounge located on the second floor.

Guests at Glenview House can enjoy lunch or dinner in one of the many dining areas. The first floor houses the bar area with beer taps on display, dark word accents and flat screen tvs. An attached dining room is designed for families consisting of large comfy booths with large flat screen tvs for game watching and smaller tvs at each table for the kids to watch their favorite cartoons. Two large patios in the front and back of the restaurant are ideal for dining al fresco, weather permitting.

During the first half of the 2001 NCAA Men’s Basketball Final, Chef Grant Slauterbeck proclaimed, “I’m gonna move to Chicago tomorrow.” These words would ultimately change his life and serve as the stepping stone of his culinary career.  Slauterbeck had worked in kitchens holding various positions such as dishwasher, prep cook and line cook, but he had no idea that restaurants would ultimately become his life passion.  Following a promise to “move to Chicago tomorrow”, Slauterbeck spent some time in Chicago area bar and grills. It wasn’t until meeting Chicago native Chef Steve Chiappetti that Slauterbeck’s culinary journey would begin.

Slauterbeck spent the next couple of years working alongside Chiappetti at Chicago restaurants including Rhapsody and Mossant Bistro. Slauterbeck immersed himself in the culinary culture learning the basic cooking techniques and broadening his knowledge in French cuisine. After short stints as sous chef in the Executive Dining Room of the Bank One Tower, and Soul Kitchen, Slauterbeck was hired as a sous chef at One North Kitchen and Bar in 2004. His zeal for cooking and his love for menu creation would accelerate his career and in a few short months Slauterbeck would find himself executive chef of the American Brassiere.  Slauterbeck was no stranger to success and during his time at One North he received numerous accolades from local food writers, guests and colleagues.

Slauterbeck would leave One North to go on to one of his biggest challenges – opening a 45,000 square foot restaurant, bowling and bocce venue in the Northern suburbs called Pinstripes. The experience proved rewarding as Slauterbeck was the mastermind behind the 400+ recipes from mayonnaise to gelato to ground chuck to foie gras. Slauterbeck put his creative juices to work creating menus to pair with wine vineyards such as Paige 23, Robert Mondavi and Colto Buono. Slauterbeck would open two locations with Pinstripes and then spend some time at Keefer’s in River North before finding his ultimate home as executive chef of Steve Podjasek’s rehabbed Glenview House. This new project would give him the creative freedom to build a menu focusing on local products and local breweries. Slauterbeck draws his inspiration from his love for French, Italian and Asian cuisine.

Running the helm at Glenview House doesn’t give Slauterbeck much free time. A serious sports fan on all levels, when Slauterbeck does get a free moment, he can be found on the golf course perfecting his single digit handicap, rooting for Michigan football or enjoying a craft IPA while catching a basketball game.