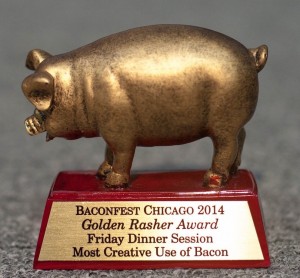 Every year at Baconfest, a panel of bacon celebrity judges agonize over the most important bacon decisions in the nation – which chefs will take home the coveted Golden Rasher award for Most Creative Use of Bacon?  Luminaries with quotation-mark enclosed nicknames like “Hot” Doug Sohn, Ina “Breakfast Queen” Pinkney,  Peter “Peter” Sagal and Anthony “Spice” Adams, have grappled with their taste buds, stomach capacity and one another, to come to consensus about which chef deserves the highest honor that Baconfest Chicago can confer.  The award itself, named after a gilded slice of bacon, may be modest in size, as its worldly form takes the shape of a three-inch tall pewter pig trophy, but in the minds of Chicago’s pork-oriented chefs, it looms large, carrying with it bragging rights for a full year and a permanent spot in the annals of bacon history.

With the tenth annual Baconfest Chicago just around the corner, we’ve been taking a trip down memory lane, remembering the winners of the nine Baconfests gone by.  If you, like us, enjoy ruminating on delicious bacon you’ve eaten before, then this post is for you, a recap of all the Golden Rasher winning chefs who took home the prize for Most Creative Use of Bacon.

If you want to see who wins the award in 2018, we have good news – you can!  Buy tickets to the Tenth Annual Baconfest Chicago (April 6 & 7, UIC Forum) and witness bacon history in the making.

Here are the celebrated dishes of days gone by, which shall live on for eternity in the great Bacon Pantheon. 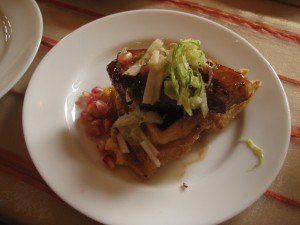 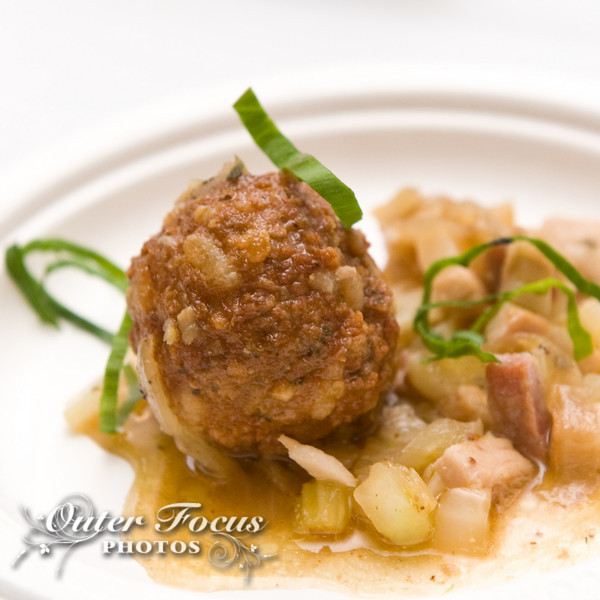 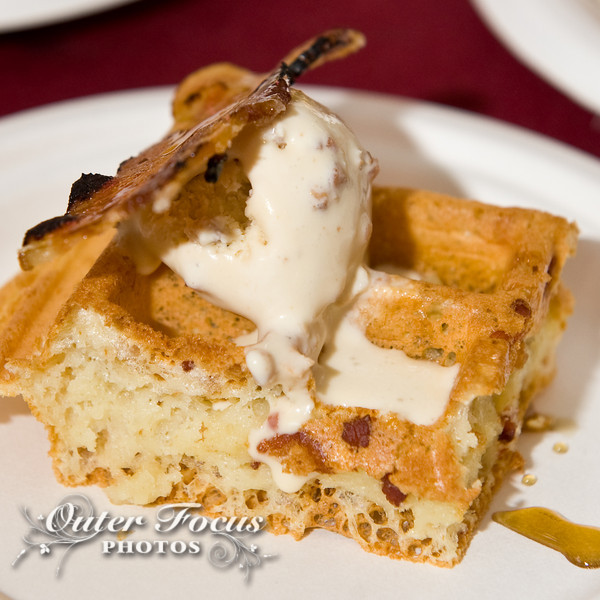 Dinner:
Most Creative Use of Bacon: Pat Sheerin, The Signature Room
Bacon in the style of Pastrami, kimchee coleslaw and crispy rye 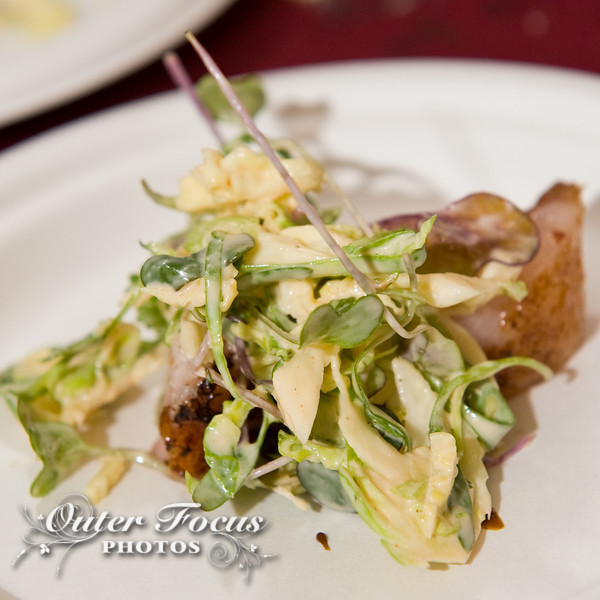 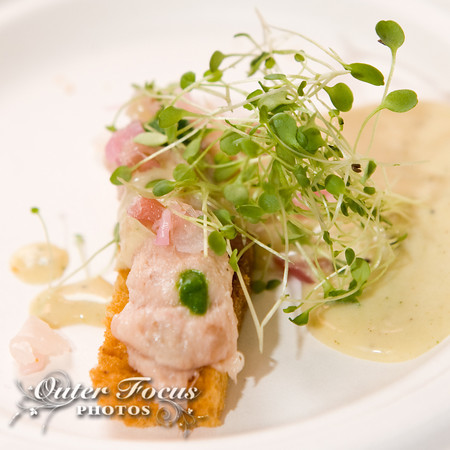 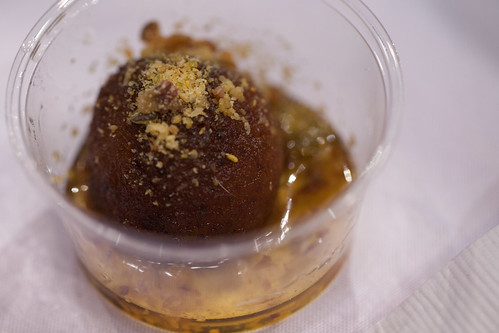 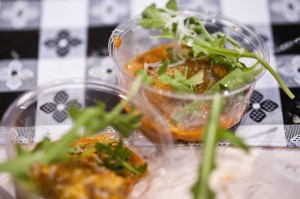 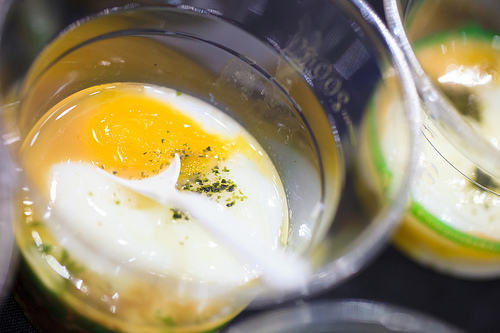 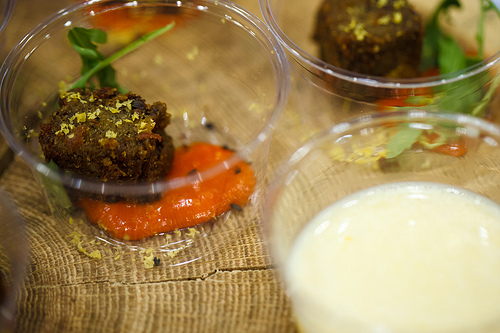 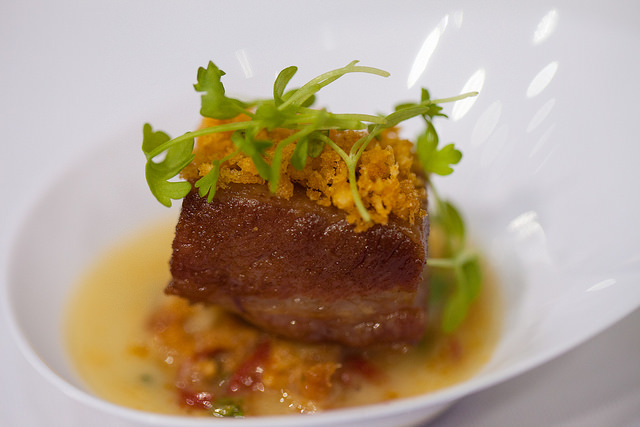 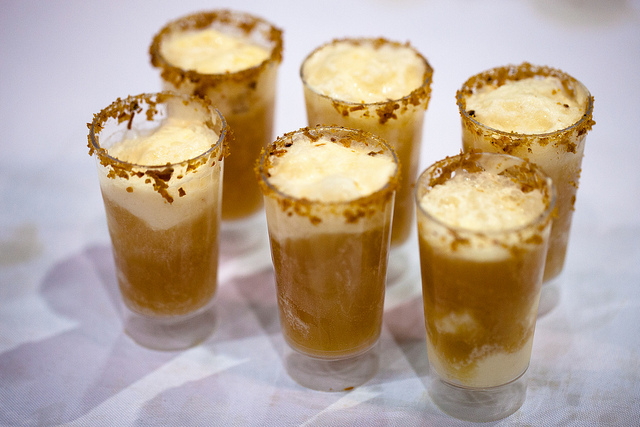 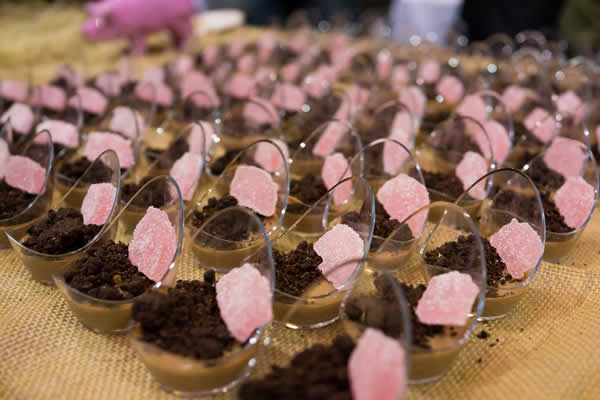 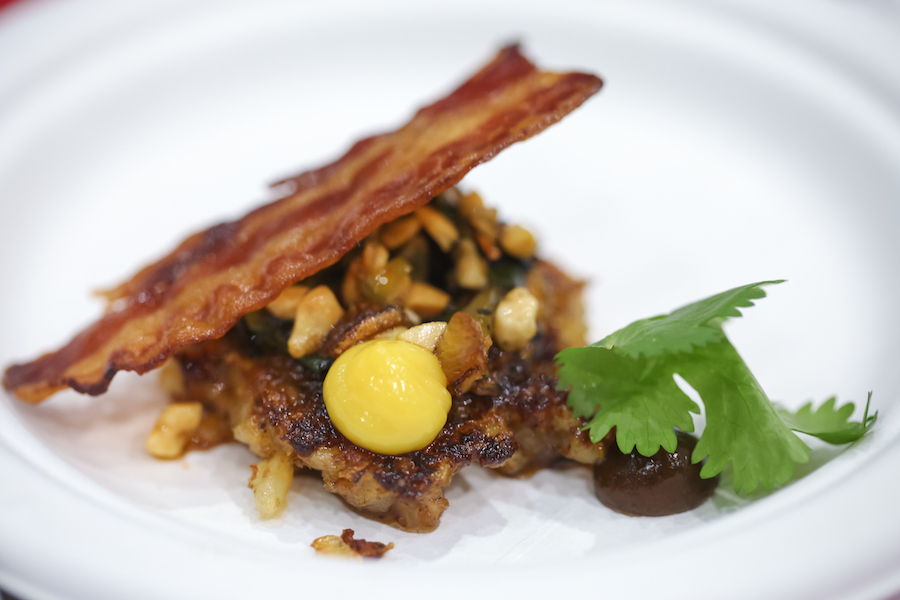 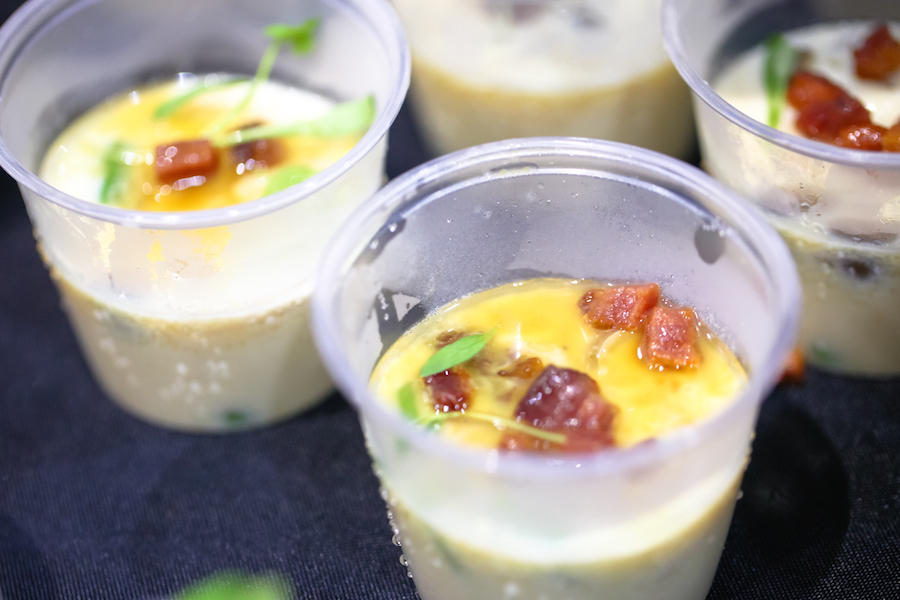 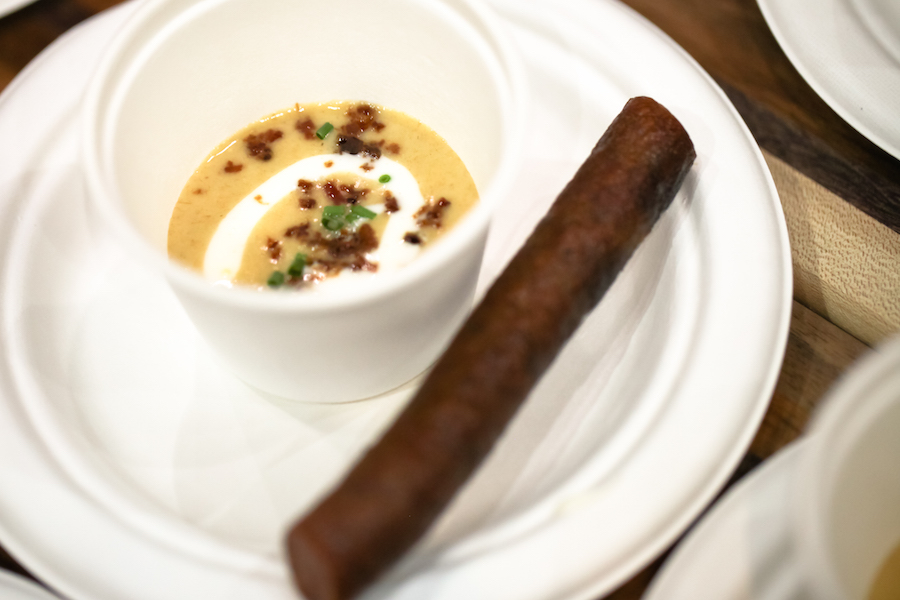 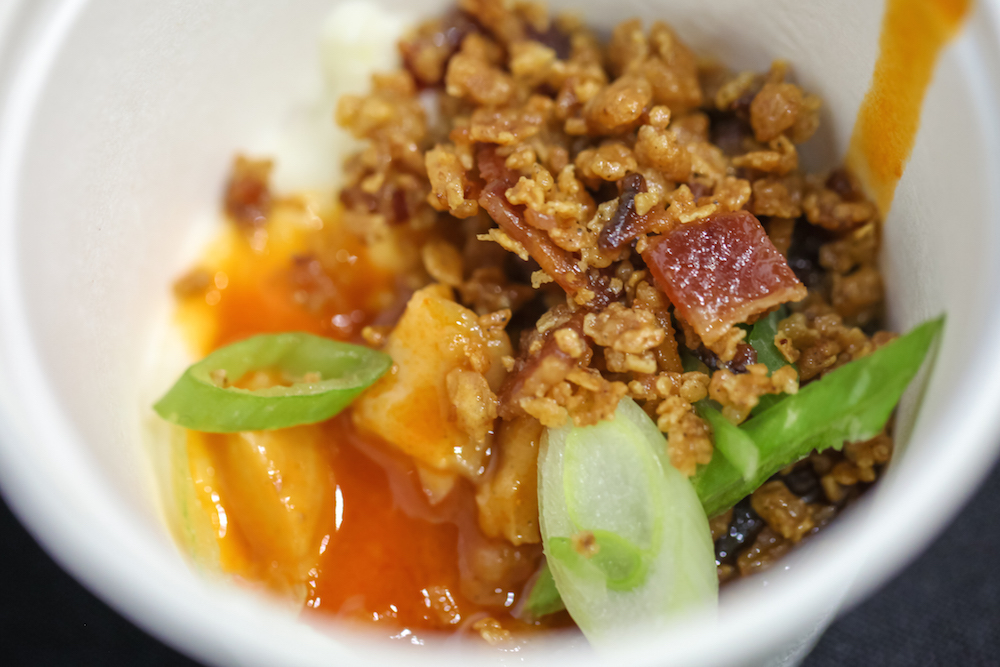 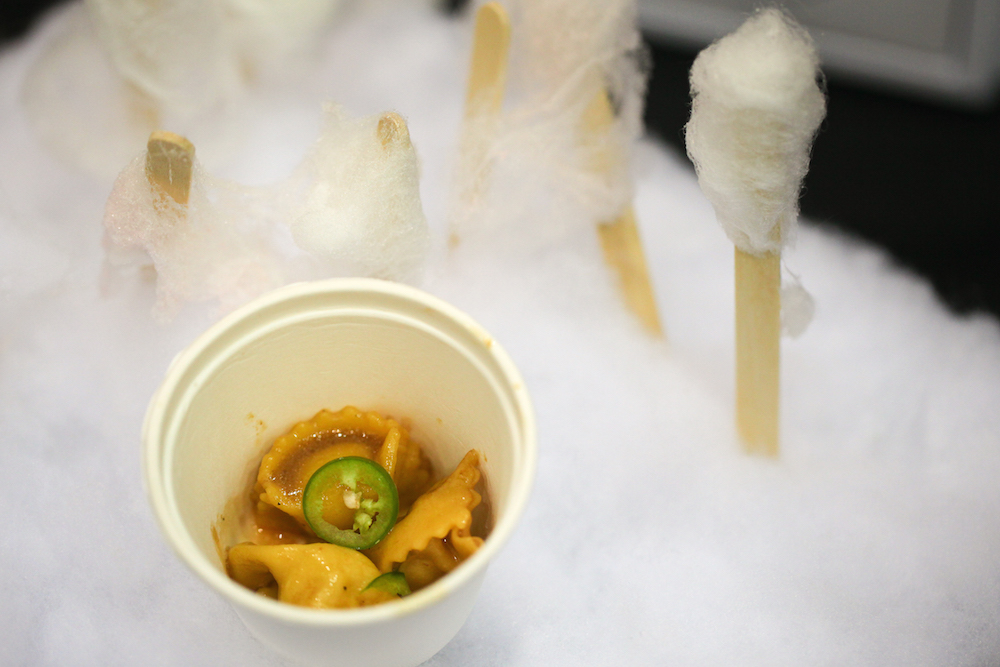 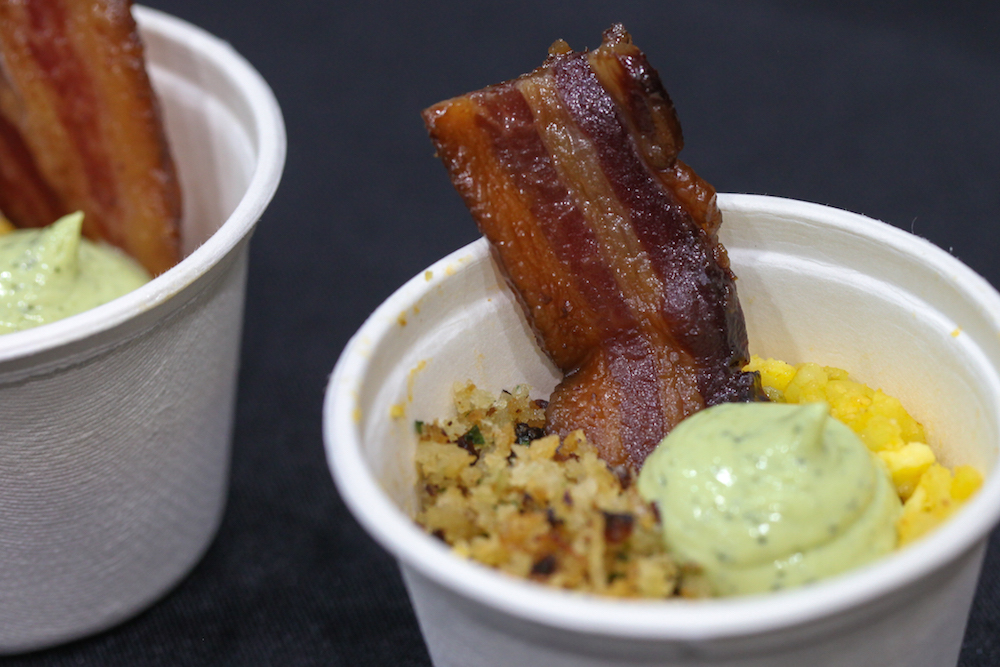 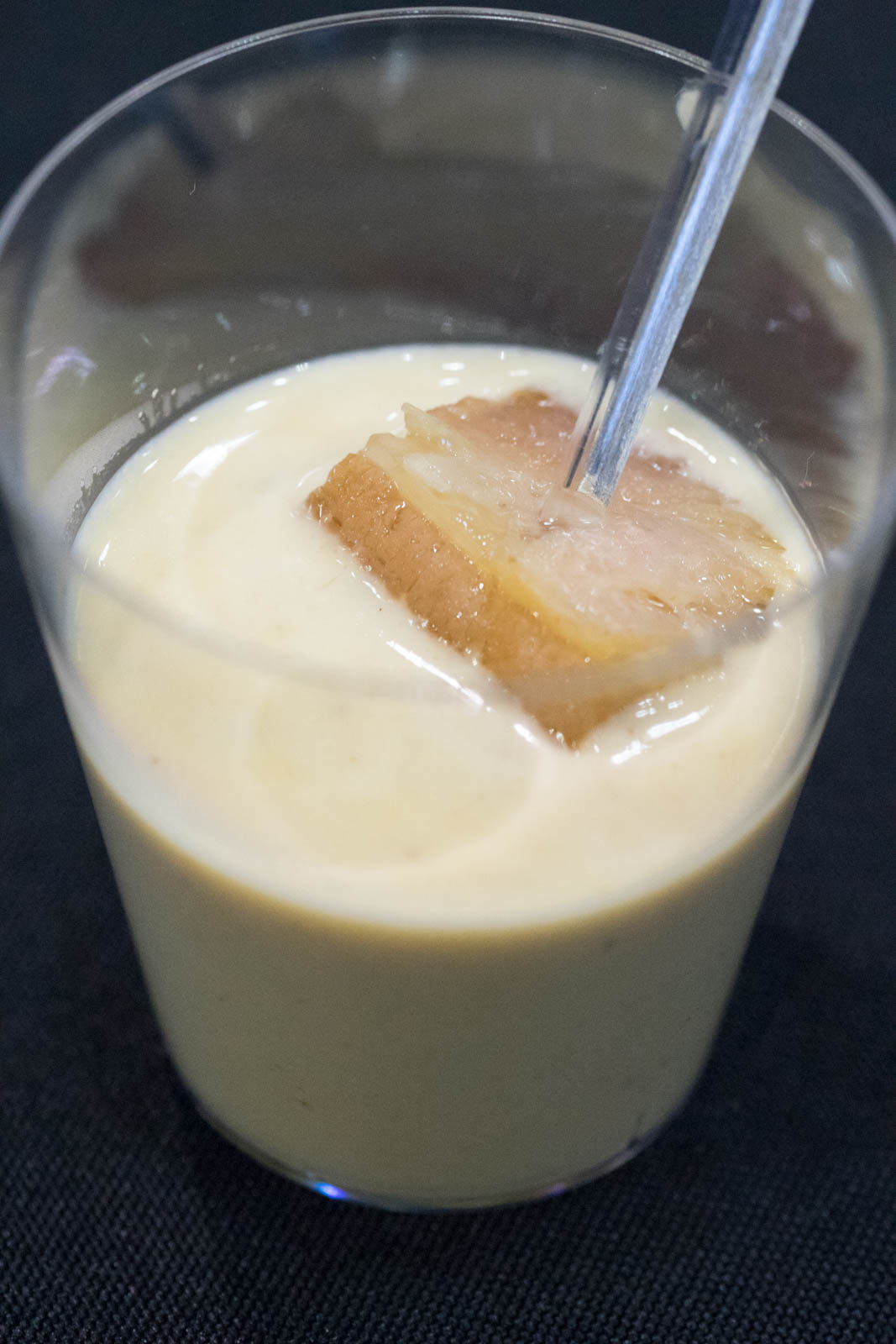 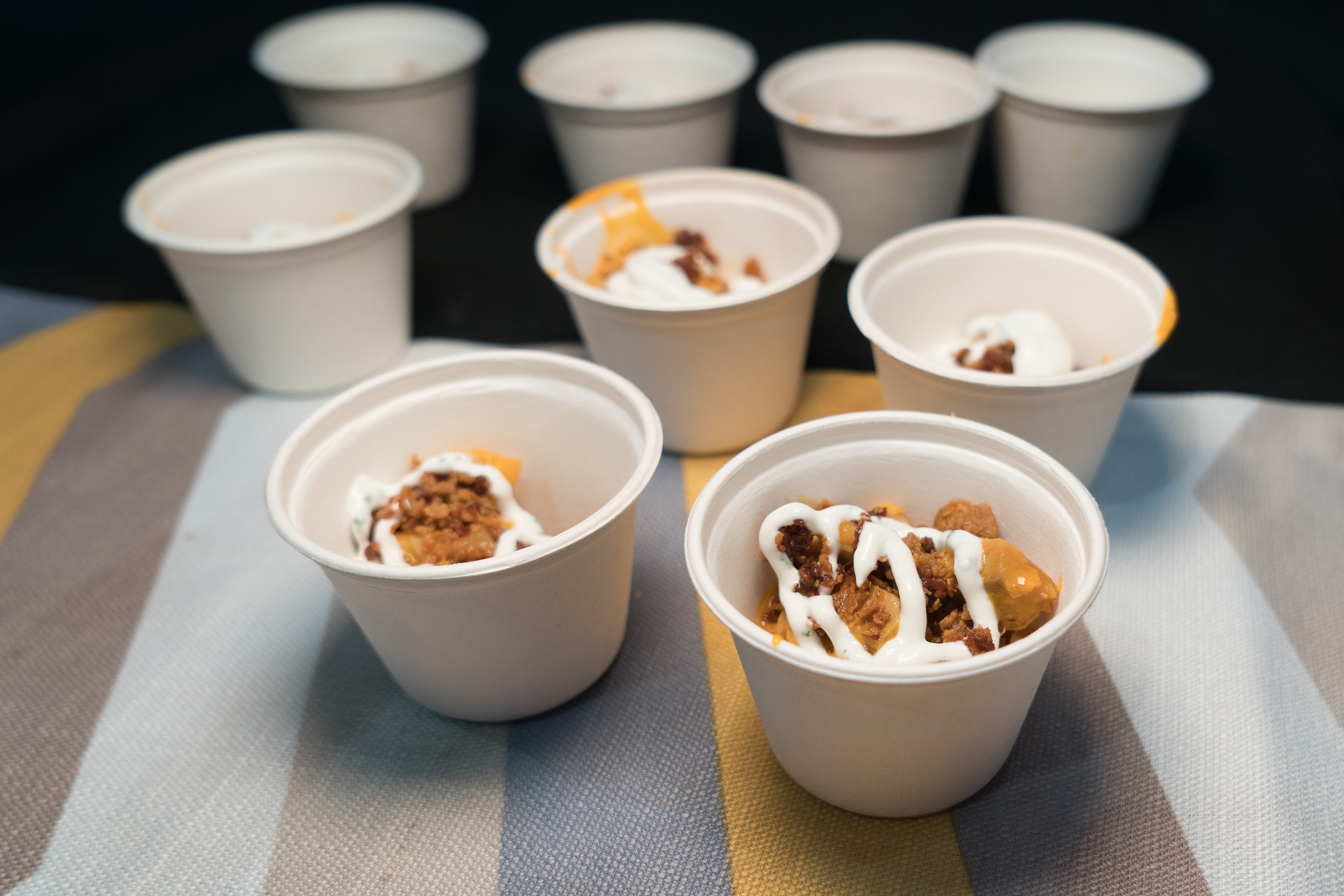 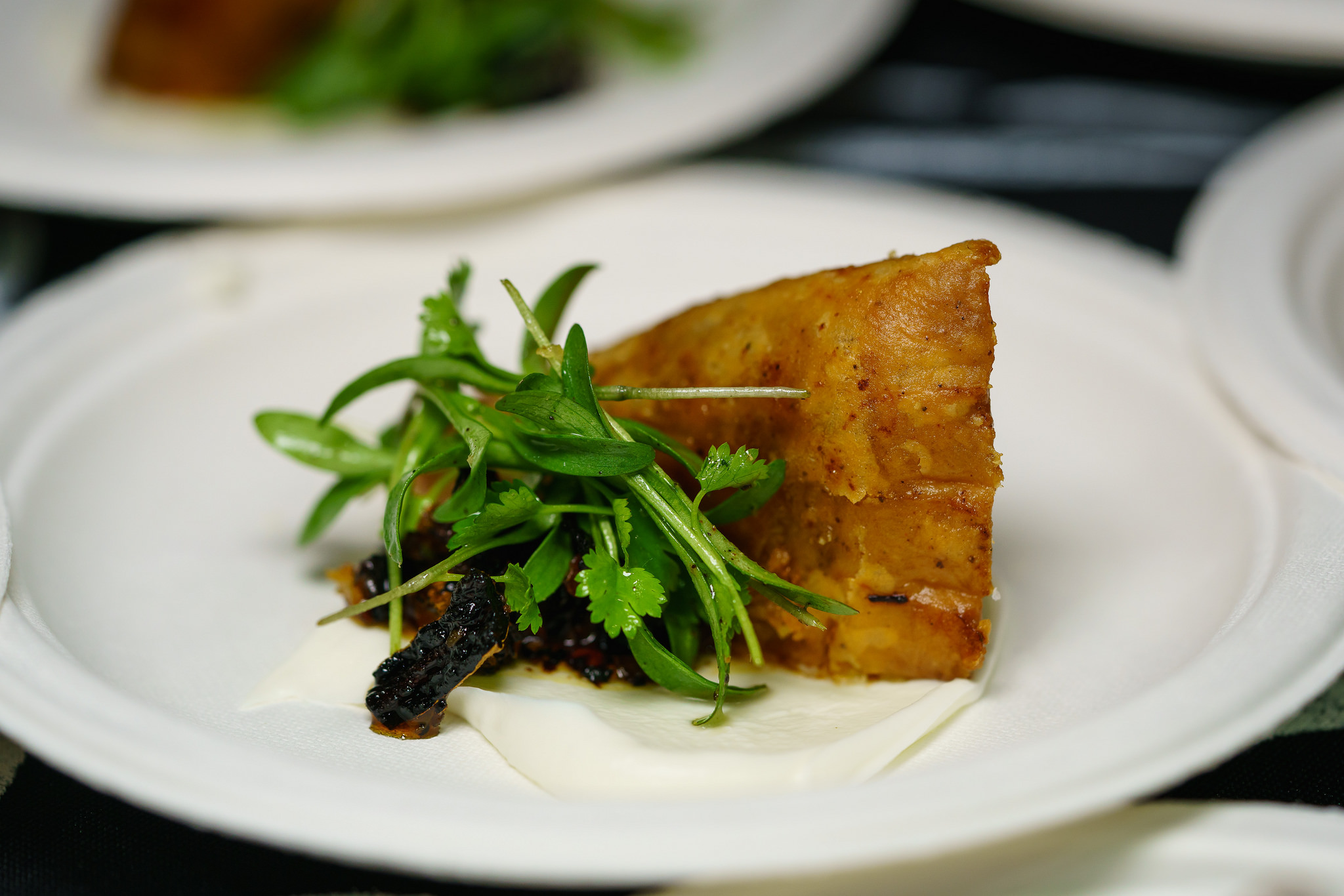