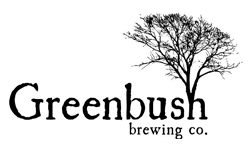 Let’s give a big ol’ Baconfest Chicago welcome to the great folks at Greenbush Brewing Co.  They are joining us on April 14th as one of our Beer Sponsors and we are thrilled to have them in the room pouring an assortment of craft flavors. Read more about them below.

Thank you Greenbush for your support of Baconfest Chicago and our charity partner The Greater Chicago Food Depository.  We are STOKED to have you with us!

Visit their Taproom in Sawyer, Michigan.

Good ideas often start over beer. Always looking to take a good thing too far, we sat down and over a beer (or two) decided that beer itself was a good idea. Of course, not just some easy-drinking institutional prole beer, but stuff like the beers we’d had at great bars. We had frequented places with extensive and varied beer lists. Places with lists 180 items long, all of which we tried twice (not in one night). In short, we wanted beer with flavor. Complexity. Character. Intensity. Not words found in the mass market lexicon.

So with a banjo burner, a bunch of industrial kitchen sized pots and as many buckets as we could find, we jumped in feet first. Once a week, every week. We tried to emulate the beers we liked, but soon we were adding a little of this, or some of that and after a while we started having a hard time pegging our beer in a style category. Our first success was a Porter that was mainly porter, slightly stout. We ran it blind with our friends against the porters we liked and people liked it. “We’re on to something”, we thought. Twenty iterations, modifications and tweaks later it is Distorter, and is still our favorite beer.

This led to twice a week brewing and handing out bottle after bottle to everyone we knew. Along the way we screwed up a wheat beer by accidentally making it into sort of a copper ale with a few too many hops. And so Red Bud Ale was born. We had some extra noble hops and threw them in the IPA, and with some tinkering we most certainly had a one-of-a-kind IPA. You get the picture. All of this has firmly cemented our “anything goes” approach to beer making. Our inability to ever get quite within the style guidelines means we may never win an award, but we’re ok with that.

Now, several years later and with a 90% super-cool/10% Rube Goldberg 7 bbl version of our banjo burner and kitchen pots, we’re befuddling the beer judges and converting the masses. One pint at a time.

Stop in the storefront and try our mainstays, seasonals and small-batch runs. Not to mention our lab beers, where we continue to screw up one thing or another in search of the next great beer. 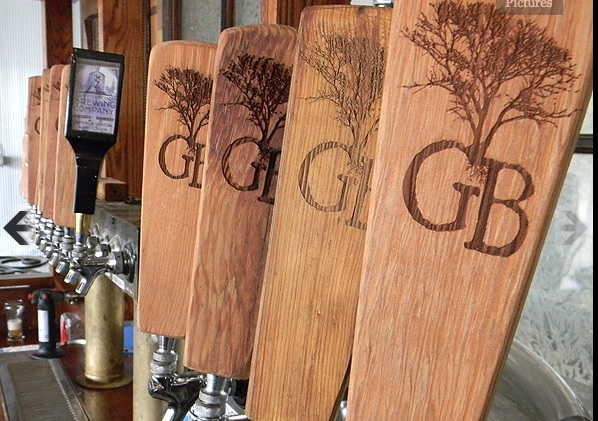 If you think our beers tend to cross various lineages, then you’ll love these tidbits about our Tap Room location.

Our building has been:

Additionally, in 1951 a freight train derailed at the Flynn road crossing, rode the rails for a mile and plowed into the building. We hope our beer can make that sort of impact on you.

Our brewing system features a hand-crafted solid copper 7 barrel brew kettle made by Fred Zaft, who was a noted coppersmith in the San Francisco Bay area. This was the second to last kettle he ever built. It was housed in a pre-turn of the century bar on Columbus Ave. in North Beach, which is the old Italian neighborhood in San Francisco. The bar had at a point been totally restored to it’s past glory (replete with a “self-flushing spittoon” under the bar (yes, it was actually a urinal).

This swanky place had been a mens only bar and later became the Albatross. This bar was bought and then became the San Francisco Brewing Company and yet later, The Comstock Saloon.

Our brewing system has a long and sordid history only befitting our line of beers.

Unfortunately we were not able to get the self- flushing spittoon.