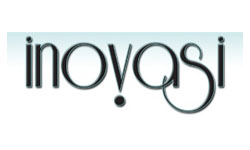 John des Rosiers has already established himself as an inventive chef who is not only passionate about food and flavors, but also sure of himself when it comes to trying something new. “If I have an idea in my head”, he says, “it just works”.  He’s proven that to be true throughout his career, which started on the salad station at Gabriels in Highwood, IL. After graduating from the Culinary Institute of America in Hyde Park, NY, in 1997, des Rosiers staged at Charlie Trotters in Chicago and returned to spend six years at Gabriels. Here he served as sous chef, restaurant manager, wine director and ultimately, chef de cuisine.

In 2003 he joined Bank Lane Bistro where at first he prepared straightforward, European-style bistro fare. Then one day he served some associates a few offbeat items he had dreamed up “on the spur of the moment”.  “This is what you should be cooking all the time”, they told him.  Des Rosiers recalls this experience, saying; “I woke up at three oclock in the morning thinking about it. The next day, I threw the menu out. We changed everything”.  A turning point in his career, des Rosiers knew he should trust his gut and not be afraid to draw his inspiration from a variety of sources. “Honestly, all kinds of things inspire me”, he notes. “It could be anything from watching someone on the Japanese version of Iron Chef to a song on the radio to a TV commercial”.

This diversity of inspiration is front and center at des Rosiers’ latest venture; Inovasi.  Located in suburban Lake Bluff, IL, “inovasi” translates as “innovation” in Indonesian. Serving up contemporary American cuisine at affordable prices, des Rosiers “just wanted to find a cool way to say the word innovation that started with an I. Sometimes ideas are just playful or goofy”.  des Rosiers believes that being creative, having ingenuity and keeping an open mind are not expensive.

Innovation is an appropriate summation of des Rosiers’ ability to synthesize an array of culinary influences and techniques, including French, Italian, and Japanese. He delights in creating memorable dishes from ingredients that are locally sourced and, when appropriate, accented by others from around the globe. Items on his menu might include Red Quinoa from South America, White Romaine Lettuce from Illinois, Scarlet Runner Beans from California, or Turnips pulled from the ground while still very young “so they taste like candy”.

For all of its’ quirks, however, des Rosiers’ cuisine remains approachable, and he eschews techie trickery and unrecognizable ingredients. “Molecular gastronomy is not appealing to me”, he says. “My cooking is real, honest, contemporary American cuisine”.  Approachability is, to des Rosiers, an essential part of the dining experience and is not simply confined to the food. To that end, he and the staff at Inovasi – many of whom he has worked with for years – strive to connect with customers in an authentic way.

“One of the big things we want to create is a sense of community inside the restaurant,” des Rosiers continues; “we really want people to like spending time with us. It’s casual here, which I do not think is a negative word; it simply means this space is very warm and friendly”.

In addition to spending a fair amount of time in the kitchen overseeing not only the menus but also restaurant operations, des Rosiers makes sure to enjoy his free time.  A former Eagle Scout and Waukegan, IL native, des Rosiers is most likely to be found outdoors traveling, camping, or playing golf. 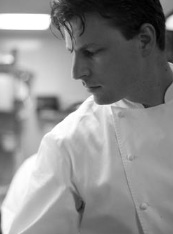 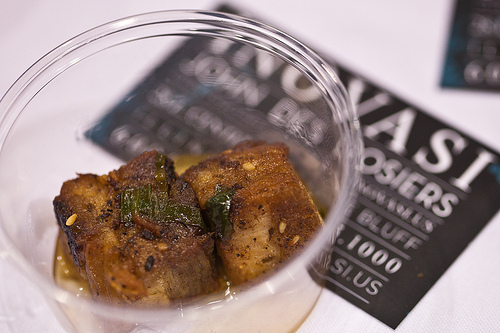 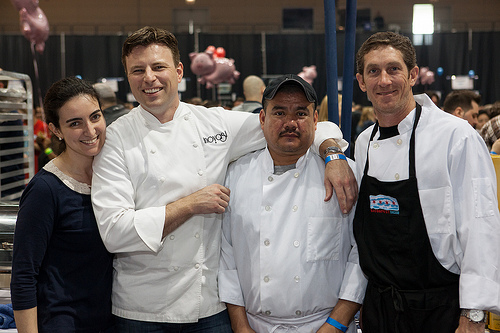