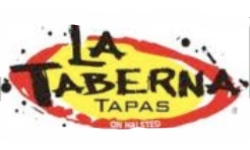 Named after the casual corner eateries in Spain, La Taberna features the flavors of Spain’s Basque region, Latin America, Mexico and the Mediterranean. The menu is executed by the culinary team of Enrique Cortez and Gustavo Castaneda.

Many of the libations include infused tequilas, such as pineapple in the Margarita de Dona Inez, lavender in the Sangria Catalana and jalapeno in the Sangria Brava. Beers range from Mexican imports to American crafts and worldly wines are offered from various regions in France, Spain, Argentina, Chile, Sicily and California.

La Taberna is open for dinner nightly and lunch is served Monday-Friday.

A native of Mexico, Chef Cortes started working in San Diego California, after culinary school under chef Loren Villalobos Alsman, the Executive Chef of Tapas Picasso. While working with Chef Alsman, Cortes traveled to Spain, specifically to the Basque country in Galicia, Asturias and Rioja Region to study the art of tapas cuisine. After a 5 year stint in San Diego, with many raving reviews from food critics in California, Cortes embarked on a new adventure and moved to Chicago. Cortes viewed Chicago as a burgeoning culinary scene where exciting and experimental things were happening with food. In Chicago, Cortes opened his own restaurant, while also acting as a menu consultant for other restaurants in Chicago. After a few years, Cortes decided to take up restaurant owner Alex Cabrera’s offer to develop a new concept for tapas in University Village. Cortes took full advantage of this opportunity, developing a contemporary tapas menu for this new restaurant.The menu at La Taberna Tapas focuses on food from the Latin culture as a whole, with influences from South America and the Caribbean, a little spicy with the soul of Spain and the heart of America, where it quickly has become a neighborhood and city-wide favorite. 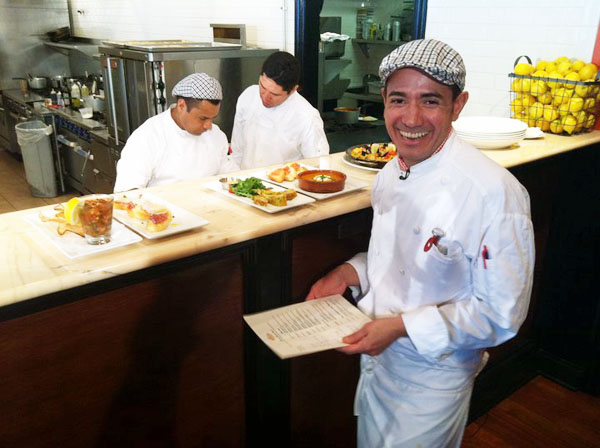