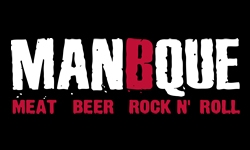 ManBQue is a Chicago-based grilling and lifestyle organization that has grown into a global society with thousands of followers. Once a month the members cast aside their daily responsibilities for a night around the grill with varied meats, craft beer, and the loudest music possible. Founded on a Logan Square rooftop by a handful of guys in 2006, ManBQue (pronounced as it looks, but shouted) now boasts chapters from Florida and San Diego to Germany and Costa Rica. In Chicago, they still hold the original monthly MEATing, but have expanded to include regular co-ed food and drink events, beer pairing dinners, cooking classes, and custom catering. They’ve appeared locally on Windy City Live, Chicago’s Best TV, and ESPN Radio, as well as nationally on the Today show. They once made a scale replica of the Stanley Cup out of meat, possibly in an attempt to trigger the Norse apocalypse known as Ragnarok. They participated in Baconfest 2013, and are looking forward to the opportunity to shovel as much bacon as possible into a few thousand more people.

Jesse and John are two of the founders of ManBQue. They’ve cooked for Goose Island, Sailor Jerry (the rum company, not the sailor), and Hot Doug himself. They’re also co-authors of the first ManBQue cookbook, released April 22 through Running Press, titled ManBQue: Meat. Beer. Rock N’ Roll: 120 Essential Recipes for the Modern Man. 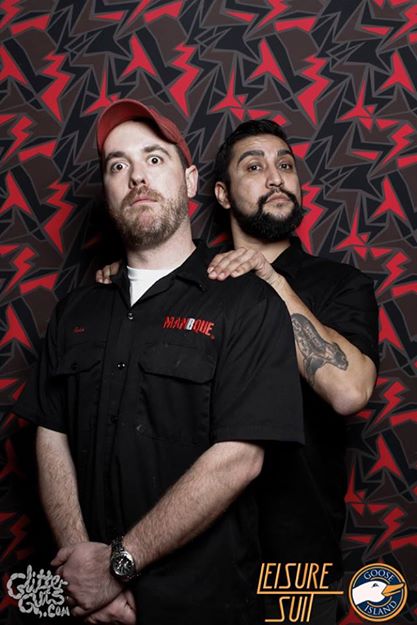