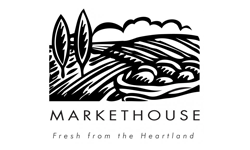 MARKETHOUSE offers American contemporary cuisine and uses fresh, seasonal herbs, produce, meat and poultry.  Our Executive Chef, Scott Walton, has created a menu that marries Heartland basics with innovative cooking styles, distinctive ingredients and delectable influences from around the globe. MARKETHOUSE also supports the local farmers that practice sustainable agricultural techniques. Our menu changes seasonally so there is always something new to try.  Whether it is a seasonal menu item, a signature cocktail or an infused vodka from our one-of-a kind “Martini Garden”, we hope you enjoy our passion as much as we love living it!

Gardening initially sparked Chef Scott Walton’s interest in the culinary arts, so it is especially fitting that he now tends a large, rooftop garden above Markethouse in Chicago’s busy Streeterville neighborhood. Throughout the spring and summer seasons, Walton and his team tend to the 13 massive cedar beds, planting a variety of heirloom tomatoes (German Red Strawberry, Black Cherry Tomato); herbs (Lemon Basil, Stevia); peppers (Chocolate Habanero, Fish Pepper); root vegetables (Albino Beet, Chinese White Winter Radish); and lettuces (Basil Lettuce Leaf) that appear on the restaurant’s menu throughout the summer and early fall. In addition to the garden, Chef Walton makes several trips to the local farmers’ markets each week—freshness is his motto.

A Chicagoland native, Walton began his professional culinary career at the Joliet College of Culinary Arts in Illinois and the Culinary Institute of America in Hyde Park, New York. In 1996, Walton was appointed executive sous chef at Magnum’s Prime Steakhouse in Lombard, IL until 2001, when he joined the Olympia Fields Country Club to serve as chef de cuisine. During his tenure there, Walton had the privilege of staffing the culinary team for the 2003 U.S. Open.

In 2005, Walton took the role of executive chef at Stoney Point Grill in Mokena, IL where he developed a loyal following with his seasonal and sustainable American menu. In 2007, he was brought on as a chef consultant by Chicago’s highly-regarded Harry Caray’s Restaurant Group. In late 2008, he joined the Sheraton Chicago Hotel Towers as executive banquet chef, and in February 2009, Walton opened Markethouse as the executive chef.

In addition to a green thumb, Chef Walton has a strong rapport with numerous farmers throughout the Midwest, which allows him to source the freshest product for Markethouse’s hearty, flavorful dishes representative of America’s Heartland.

Walton is a member of the American Culinary Federation and Club Chefs of America, and resides near the restaurant in Streeterville with his wife. 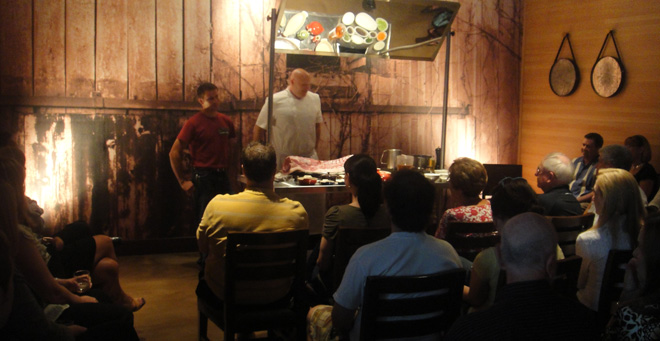 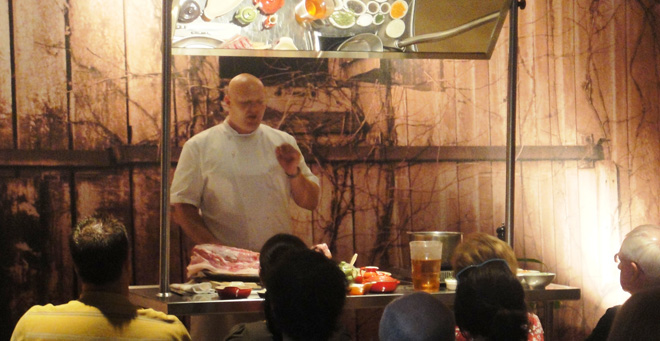