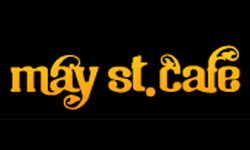 Chef Mario Santiago began his journey in the culinary profession back in the late seventies working in his family businesses at the El Coco Loco Supper Club and The Latin Village Night Club.  After leaving the family business to prep and cook at some of Chicago’s local restaurants like Garest, Lazare, Busgatti and the Chicago Athletic Association, he took a break from his cooking to study wine in Sonoma, Ca. in the late eighties.  Upon his return to Chicago, he worked the front of house for organizations like Levy at Arlington International Race Course in the Turf Club, Santiago and Ramos Production Company, Entertaining Company, and Caliahn Catering as captain of the Graham Room at Chicago’s Civic Opera House.  His true passion for food and wine led him back into the kitchen, cooking and catering privately for some of Chicago’s most prominent families and corporations.

May St. Cafe at Baconfest Chicago: 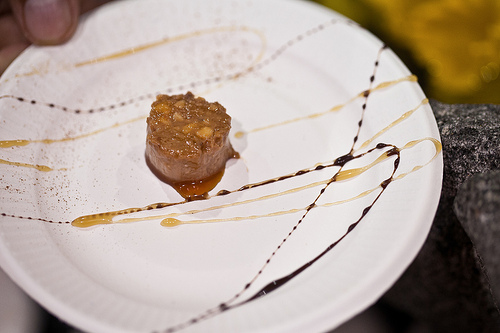 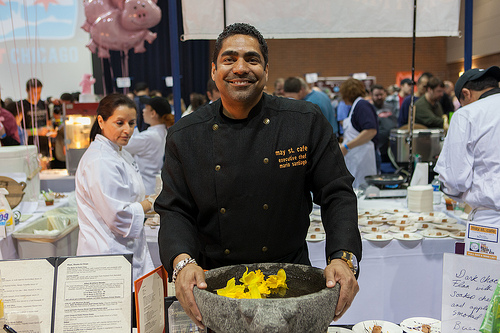