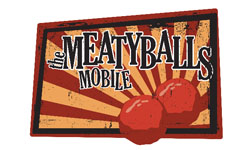 After graduating from the Culinary Institute of America in 1991, Phillip Foss joined the New York
City dining scene with a job at the New York Times four-star rated Lafayette Restaurant in the Drake
Swissotel. There, Foss basked in the shadow of one of the country’s leading chefs, Jean-Georges
Vongerichten, who gained international acclaim for his innovative interpretation of classic French cuisine.
Foss moved from there to the Quilted Giraffe, another four-star New York Times rated restaurant. Under
the tutelage of Barry Wine, Chef Foss worked every station in the kitchen.

Recognized as a rising haute-cuisine star, Foss was hired by one of the world’s best restaurants, Le
Cirque. Foss spent five years in this kitchen, was promoted through the ranks to sous chef, and went on to
help open Le Cirque 2000 in the Palace Hotel. During this time, Le Cirque was awarded four stars by the
New York Times and named Best Restaurant, USA by The James Beard Foundation. Upon leaving Le
Cirque in 1998, Chef Foss fulfilled a personal goal of apprenticing behind the stoves in the famed kitchen
of 3 star Michelin chef, Jacques Maximin.

After spending the better part of the first decade of the 21st century traveling the world and refining
his trade – which included extensive stints in Brazil, Hawaii, Israel, and Bermuda – Foss landed at the
helm of Lockwood Restaurant in Chicago’s historic Palmer House in 2007. There he received many
accolades including 4 diamonds from AAA, and 3 stars from both the Chicago Tribune and Chicago
Sun Times. Additionally, Chef Foss has achieved celebrity chef status not only for his playful and
inventive cuisine, but also for his outside the box mentality, off the cuff personality, and social activism
on his very popular blog, The Pickled Tongue. At present, Chef Foss instigated and is a vital force in the
movement to amend food truck legislation in Chicago, and has been featured on nationally syndicated
shows including, NBC’s Today Show, Fox’s Fox and Friends, and CNN’s CNN Money. Of all his many
culinary accomplishments, he’s most proud of, “stretching borders without losing site of the exactitude
necessary in creating and producing great cuisine, whether in a formal or casual setting.”