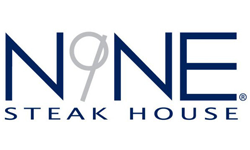 
N9NE Steakhouse, a sizzling contemporary steakhouse, offers a compelling menu of Chicago-style prime-aged steaks for the true steak lover, alongside the finest of seafood mixed with a diverse array of menu offerings.  From steak to seafood and beyond, N9NE Steakhouse will exceed the expectations of any palate.

N9NE Steakhouse Chicago, the flagship of the N9NE Group, debuted in April 2000.  Since the opening, media has graced N9NE with numerous reviews and accolades, including ‘Best New Restaurant’ of 2000 by Chicago Magazine and the label of ‘Chicago’s hottest restaurant by the Chicago Sun-Times. The Conde Nast Traveler labeled N9NE “One of the hottest and best places to eat in the entire world.”  The Chicago Tribune followed, raving that N9NE is a “restaurant that’s loaded with so much visual flash and so many luxury dining ingredients” … and the restaurant offers “a singular dining experience – even thought it’s a straightforward steak-and-seafooder at heart.”

The accolades for the signature steak and seafood featured at N9NE continue to this day, being voted #1 for both steak and seafood by the patrons of AOL City’s Best and culminating in a Recommended award in the first Chicago edition of the prestigious Michelin Guide.  Beyond the press, N9NE has become a favorite of celebrities and Chicago socialites alike, particularly with the recent honor of hosting the first fundraiser for hometown President Barack Obama’s ‘Victory 2012’ Campaign.  N9NE Steakhouse has garnered numerous awards from media, patrons, and concierges, with the most recent including:

“One of the hottest and best places to eat in the entire world.” –Conde Nast Traveler 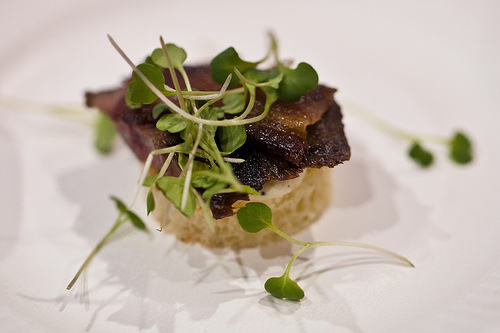