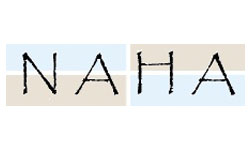 Having returned to her hometown roots after 10 years as Executive Chef of Four Seasons Hotels in Chicago, Los Angeles and Santa Barbara, NAHA‘s Carrie Nahabedian has rapidly established herself as a force in the Chicago dining scene.

Nahabedian began cooking in high school, and though she didn’t attend culinary school, she opted instead to learn through working with a multitude of legendary restaurateurs.  Her impressive resume is peppered with names like the Ritz-Carlton, Le Perroquet, Le Francais, Sinclair’s and, most recently, the Four Seasons. Her classic-contemporary and nouvelle cuisine at NAHA is her interpretation of her Armenian roots blended with American and Mediterranean flavors, frequently inspired by her global traveling adventures.

Nahabedian’s natural restaurant personality and presence, along with that of cousin and co-owner Michael Nahabedian, is what’s led to the success of NAHA. The two have created a contemporary-chic restaurant that excels in all levels of service for a maximum dining experience. It’s this kind of familial bond that has helped sculpt NAHA into what it is today, along with extensive participation in the community.

As an active member in Les Dames d’Escoffier, an international organization of women leaders in foodservice, the Green City Market board of directors and Chicago’s Armenian community, Nahabedian strives to showcase Chicago as an international dining destination.

In addition to being a 2008 James Beard Foundation Award winner for Best Chef: Great Lakes region, Nahabedian was inducted into the Chicago Culinary Museum and Chefs Hall of Fame on September 22, 2009, a day proclaimed by Mayor Richard M. Daley as “Chef Carrie Nahabedian Day in Chicago.” NAHA has be honored with a One Star rating in the 2011 Michelin Guide. 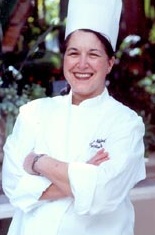 More about NAHA:
Michelin-starred and James Beard Foundation Award winner Carrie Nahabedian and her cousin Michael Nahabedian, who did stints at Green Dolphin Street and Cafe Absinthe, opened NAHA in the space that formerly housed Chicago’s distinguished Gordon restaurant. Transformed into an understated and modern space, NAHA goes for cool sophistication over flashy color and offers a seasonal American menu with influences of Carrie’s Armenian roots.

Tom Nahabedian of NC COLLABORATION designed every aspect of this highly acclaimed restaurant, from the interior architecture to the menus, the furniture to the matchbooks. Located in a dynamic corner space in Chicago’s downtown River North neighborhood, oversize storefront windows open the dining room to the city, allowing the energy outside to become an extension of the restaurant.

An understated, minimalist comfort pervades the 100-seat dining room and separate lounge/bar, which are united by a continuous undulating soffit. Back-to-back banquettes space the room and are divided by planters sprouting live dogwood, introducing an ever-changing visual and tactile aesthetic. The walls recess into niches as expressive works by local artist Lora Fosberg become a component of the restaurant, not simply objects hanging. Walnut and cast concrete floors and furniture along with walls of Mediterranean hues dominate; natural elements and openness of space are the fitting companions to the menu of New American cuisine, achieving the goal of juxtaposing the entire dining experience. 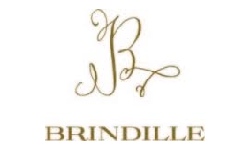 The food and style of Brindille reflects the love of France and the return to her culinary roots by Carrie Nahabedian. Think foie gras, squab and lamb saddle dishes and dine in a refined, sexy ambiance complete with fine china and French linens. 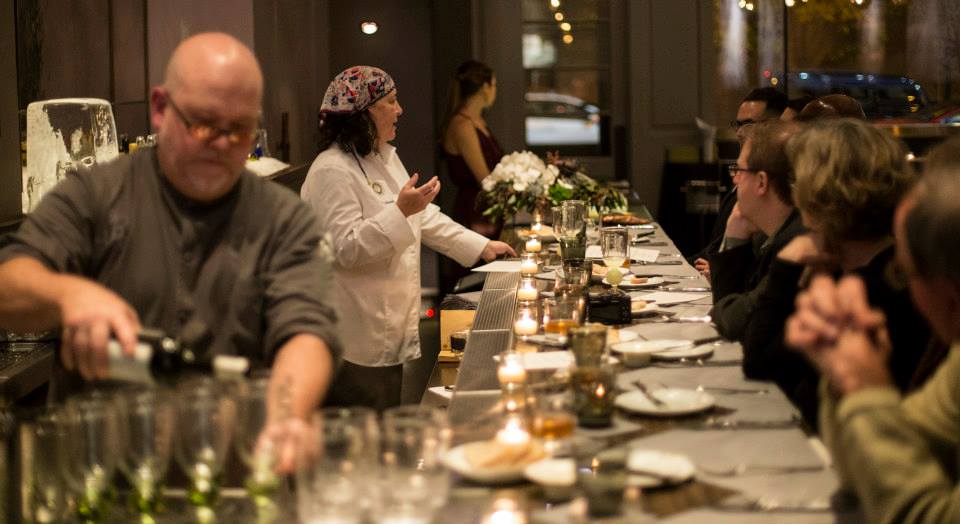