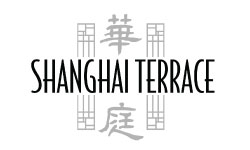 A native of Germany, Chef Lermen’s innovative culinary approach has its roots in some of Europe’s finest restaurants.  After finishing his studies at the prestigious European culinary institute, Hotelfachschule in Vilingen-Schwenningen, Lermen went on to work in many three-star Michelin restaurants such as Auberge d’Ill under Chefs Paul and Marc Haeberlin in France, Restaurant Aubergine with Chef Eckart Witzigman in Munich and with Chef Andre Jaeger at Restaurant Fischerzunft in Switzerland.  His first experience in North America was at The Sutton Place Hotel in Vancouver, a AAA Five-Diamond award-winning restaurant.

Chef Lermen got his start by watching his dad cook. “My dad wasn’t a chef per se, but a friend of my dad’s told him to learn how to cook because he loved food so much.  He traveled to restaurants where he liked to eat and trained with chefs for two to three weeks at each, including Auberge de I’lle. He worked at basically all of the Michelin three-star restaurants at the time. When he came home, we went to the market and he showed me what to do with all of the ingredients. That’s when it started to click for me. When I finished school, I told my dad that I wanted to be a chef,” recalled Chef Lermen.

When asked about what he has done to shape the culinary identity of The Peninsula Chicago, Lermen responded, “We are always trying to re-invent ourselves and showcase new products and menu items in each of our restaurants, room service and banquets.  We keep items on the menu that are popular and we work to improve upon those that don’t sell as well. Since I’ve been here, I’ve created more detailed recipes and more cohesive descriptions. We have worked on The Lobby menu to give our guests more variety and keep them dining at the hotel, including adding an Executive Lunch Menu and a Market Dinner Menu. The items that are guests’ favorites in The Lobby include the Lobster Cobb Salad, and the Club Sandwich. Kung Pao Chicken, Hong Kong Beef and the selection of dim sum are well received on the Shanghai Terrace menu. In Pierrot Gourmet, our French bistro, we’ve added rotisserie chicken, pork tenderloin, leg of lamb and more. This has become popular along with the variety of flat bread offerings and our macarons.”

The Peninsula Chicago, opened in 2001, and features three award-winning restaurants and a bar as well as a world-class spa and 339 guestrooms and suites, each furnished in a contemporary, yet sophisticated style. The hotel continues to receive numerous awards including the coveted Forbes’ Five Star Award (formerly Mobil), and the AAA Five Diamond Award. 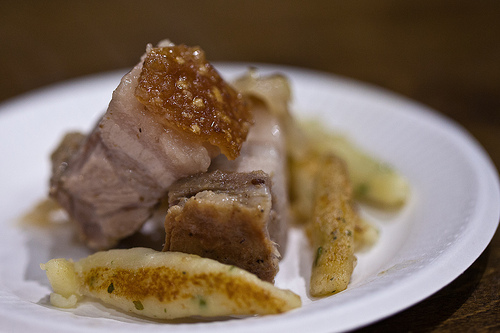 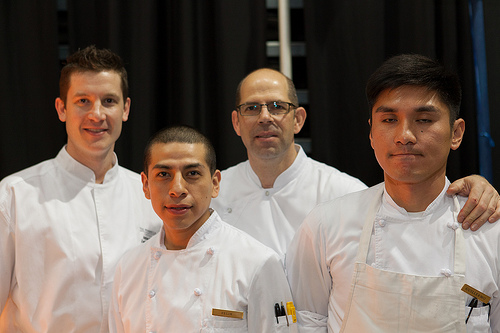