Since its inception in 2006, David Burke’s Primehouse, located at 616 N. Rush St. at The James Hotel, has continued to redefine the modern American steakhouse by pushing the envelope of culinary creativity.  The menu is marked by notable and whimsical dishes that are signature to the innovative style of Chef David Burke, under the guidance of Executive Chef Dino Tsaknis.  The first chef to own his bull, Burke’s commitment to quality is evident in the USDA prime grade, hand-selected beef served in Primehouse.  The restaurant dry-ages its meat in a Himalayan salt-tiled aging room on premise.  Tours of this unique facility can be arranged upon reservation.  Primehouse is one of Chicago’s most award-winning steakhouses including being named #1 steakhouse in Chicago by Chicago magazine (October 2013).  For reservations or more information, call 312-660-6000, or visit www.davidburkesprimehouse.com. 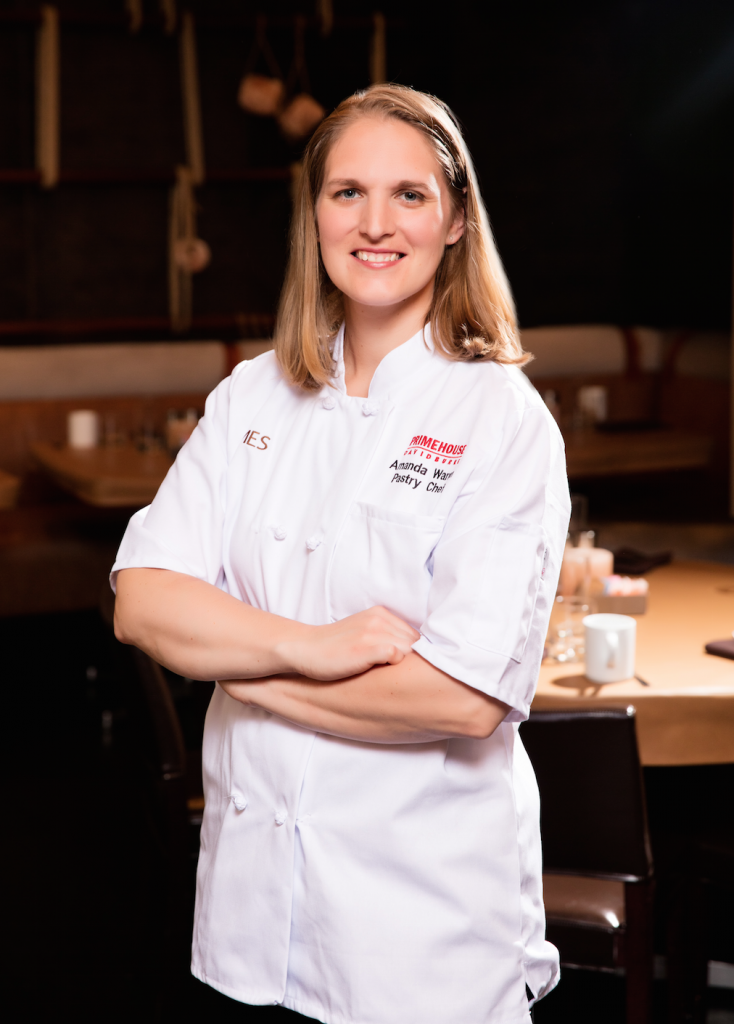 A seven year veteran of the Primehouse kitchen, Chef Amanda Warren is currently Pastry Chef of David Burke’s Primehouse & The James Chicago where she oversees all pastry operations for the venerable steakhouse and award-wining boutique hotel including banquets, catering and in-room dining in addition to all seasonal menus for brunch lunch and dinner. With creative concepts, detailed recipes and classic plating techniques, patrons can expect a delicious, innovative and elegant end to every meal.

Amanda’s interest with pastry began when she was child as her mother and grandmother loved to bake. After graduating from Aquinas College in Michigan with a degree in mathematics, she worked for an insurance college but quickly found out spending the day behind a desk wasn’t for her. It was a former co-worker who gave her the idea of turning her hobby of baking into a profession.

Soon, she enrolled in the French Pastry School where she studied under Chefs Jacquy Pfeiffer and Sebastien Cannone. After graduating in 2008, she began her career as Pastry Intern in the kitchen of David Burke’s Primehouse. Amanda consistently excelled with her knowledge of pastry recipes and plating and moved through the ranks to become Pastry Chef in August 2014. With her easygoing nature, attention to detail, and dependability, Amanda has emerged as one of the kitchens’ most admired and respected chefs.

However, she hasn’t completely left her previous devotion to mathematics behind. Amanda enjoys teaching the pastry staff on how to better recipes by playing around with the various ratios and formulas behind each dish. In her free time, Amanda enjoys running and playing volleyball, of which she was Academic All-American in college, as well as relaxing with her husband and son in Morton Grove, IL. Her pastry knowledge includes a range of cakes and tarts to chocolate and sugar candies with an emphasis on ice creams and sorbets.

A NOTE from Baconfest Chicago:

Primehouse is one of an elite class of 8 year Baconfest Chicago Veteran Restaurants.  They are always AWESOME to have around and make amazing food!  Viva la Primehouse! 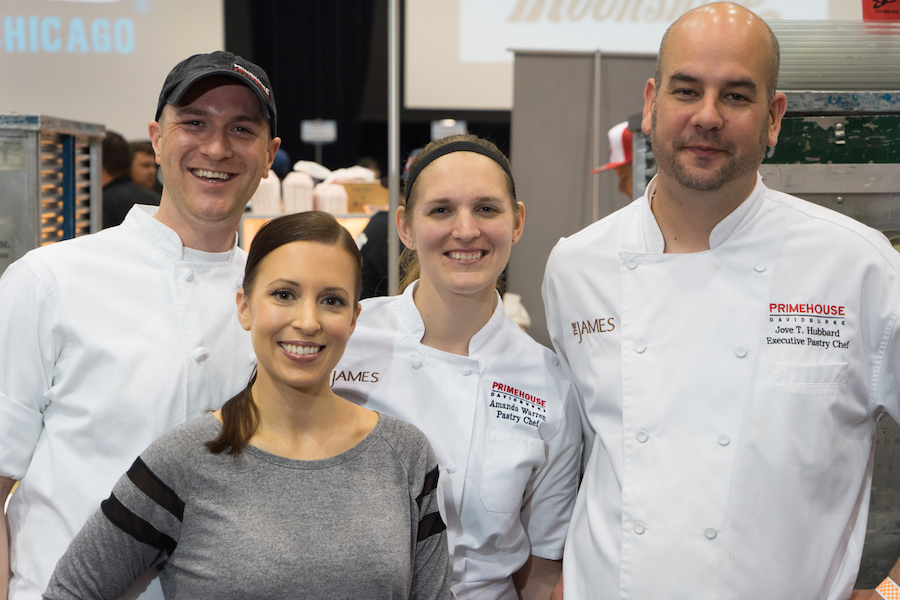 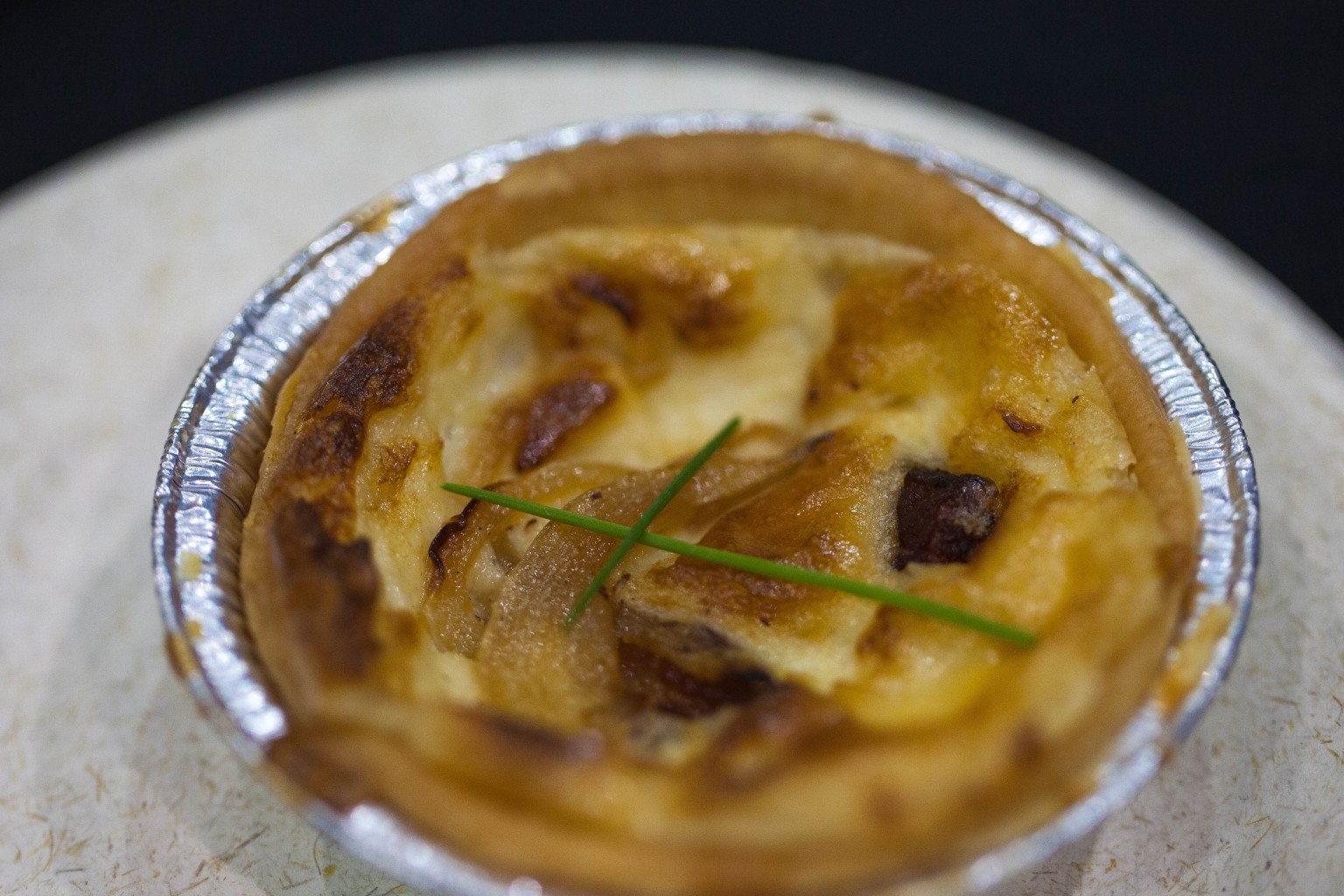