Chef Justin White helms the culinary team at Small Bar Division.  Justin was former sous at Custom House and then the opening sous chef at The Bristol. He was recently the executive chef/gm at Soe in Michigan.

Phil McFarland, the owner of SmallBar Division and SmallBar Fullerton, was pretty honest with us as to why the menus at both popular locations were recently revamped: “The food was good for 2005,” he said, “but the market has changed, and we needed a menu that matched the craft beer we have.” To help out, chef Justin White was brought in and given free rein to update the offerings. SmallBar Fullerton’s new menu debuted in June, and last month SmallBar Division followed suit. With both finally on the same page — SmallBar Logan Square’s menu will remain the same — we stopped by to chat with White about the inspiration behind the new menu.

Free rein might actually not be the best description, because White was also given one caveat: The prices had to stay the same. But White, who has worked at Custom House and The Bristol, admits that this was partly why he took the job: “I loved the challenge,” he said, “I wanted to use the same techniques I’ve learned around town to create food at a much lower price point.”

The perfect example is probably the smoked chicken club, a seemingly simple creation, which actually takes days to create. A chicken is de-boned, rolled up, smoked, cut into slices, and then sauteed to order. The sandwich costs $10.

Many of the dishes also have a slight Southern twist, which was influenced by White’s childhood: “The smoked link reminds me of this old country store in the South where my family used to shop during the winter.” His version of pimento cheese also comes from his family. It is blended until creamy and features cream cheese instead of mayonnaise. It’s also served with pesto — an addition he even admits isn’t authentic, but he likes it anyway. 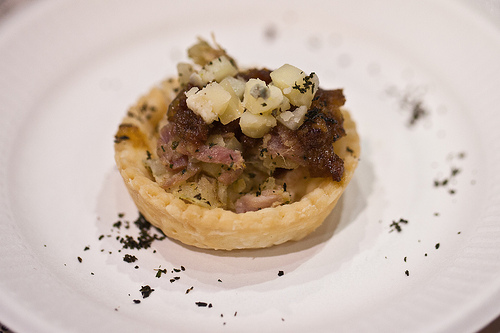 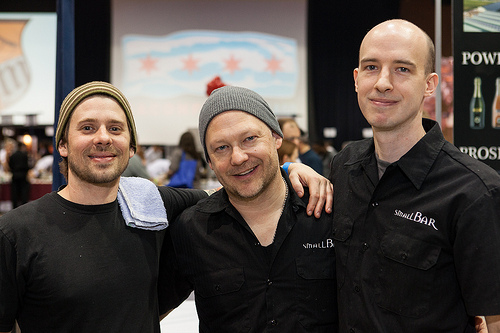