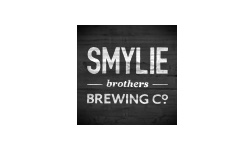 Bar remains open until the last pint has been poured.

Mike Smylie, oldest of the five brothers, has brewed beer for over ten years since his intro to craft beer while a student at Colorado State University. After ten years as a commodities broker, he decided to follow his passion and study at The Illinois Institute of Art, Chicago where he earned another degree in Business Management and Culinary Arts. He cooked at Café Lucci in Glenview, Landmark Grill in Chicago (where he met Smylie Brothers Brewing Company Head Chef Grant Carey), and Aigre Doux in Chicago. When not brewing beer or cooking Texas barbecue, Mike enjoys spending time with his wife and three sons.

As head brewer, Brad Pulver brings years of professional brewing experience to Smylie Brothers Brewing Company. Most recently, he was the senior brewer Arcadia Ales in Battle Creek, Michigan—one of the few 100% open fermentation breweries in the country. He also honed his craft at the Michigan Brewing Company in Webberville as well as Midland’s popular—and sadly now-extinct—Artful Dodger Brewing Company. Originally hailing from Mason, Michigan, Brad studied brewing at the Siebel Institute of Technology in Chicago and the Doemens Brewing Academy in Munich where he earned an International Diploma in Brewing Technology. Aside from brewing beer, Brad loves exploring his new hometown Evanston with his wife and two young children.