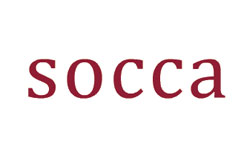 Roger Herring (Socca) – (Redd Herring)
Roger Herring, a Chicago native and graduate of The Culinary Institute, opened his first restaurant Socca in Lakeview in 2004. Roger has wide-ranging experience in the culinary world, including catering for touring music groups like U2 and Phish. Socca and Roger’s pizettes were recently showcased on the Food Network Show “The Best Thing I Ever Ate.” When Roger is not creating delectable pizza, steak, fish, and pasta dishes at Socca, he is participating in culinary events such as the South Beach Wine And Food Festival where he was recently a featured participant.