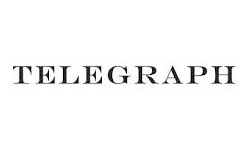 Telegraph exclusively features small, family-owned European producers who craft their wines as naturally as possible. In recent years, the proliferation of natural, non-interventionist wines from independent producers (native yeast fermentation, no chemicals in the vineyard, and zero-to-minimal sulfur) has transformed how we approach “traditional” terroirs, in Europe more than anywhere.

A parallel shift of perspective has also taken place in American agriculture – we’re looking more carefully than ever into the history and possibilities of our domestic food terroirs. Our goal at Telegraph is to present these two movements together to achieve a unique synchrony of taste.

Inspired by the recipes of Europe’s leading wine producing regions, Chef Johnny Anderes’ restlessly inventive menu is centered on seasonality and surprise; through contrasting flavors, he discovers new ways to taste traditional ingredients. Offering local, organic produce and meats as much as possible, the menu changes often and many dishes are designed for sharing.

Jeremy Quinn, one of Food & Wine magazine’s 2012 Sommeliers of the Year, has curated a dynamic wine list featuring 20+ glass pours, recent vintage wines (white, orange, and red), mature wines (a selection of which are also available in half-carafe), and large-format bottles for events at the communal table. 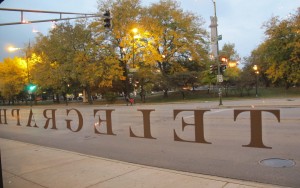 Johnny’s interest in food began with his grandfather, an international pilot for Northwest Airlines who had picked up a passion for French cooking in his travels. Spending long periods of time together, he experienced French cooking with local produce at an early age, something that is reﬂected in his cooking today.

Johnny grew up in Minneapolis and Oshkosh, Wisconsin, where he worked his way through the restaurant industry from the ground up, bussing tables, delivering pizzas, and washing dishes. In Oshkosh, he began cooking at a local pub/grill, and with some guidance from a helpful kitchen manager, decided to go to culinary school at Minneapolis’ Art Institute International.

His career in Chicago began at the short-lived, yet beloved Charlieʼs on Leavitt, where he was the Sous Chef. He then set his sights on avec, and would stop at nothing to work with Chef Koren Grieveson, the master of Mediterranean peasant cuisine. After three to four stages, Johnny joined the avec team and stayed for four years, working his way up to become the Sous Chef.

Eager to strike out on his own, Anderes joined the Telegraph team as Chef in the spring of 2011. At Telegraph, he turns his focus on the dark corners of rustic cuisines the world over to the wine-producing regions of Europe, giving him a wide scope of styles and ingredients to play with.

Johnny was included in Food and Wine’s “People’s Best New Chef” competition in 2012.