Situated on the second floor of the luxurious Langham hotel in an iconic skyscraper designed by Ludwig Mies van der Rohe that once housed IBM regional headquarters, Travelle Kitchen + Bar is located along the Chicago River in the heart of downtown Chicago. A play on the word travel, Travelle is a casually elegant restaurant, lounge and bar which feature Chef Tim Graham’s Seasonal American cuisine. Dishes feature fresh ingredients, utilizing Chef Graham’s connection with some of the finest farms, ranches and orchards in the nation. Alongside a carefully curated 1600-bottle wine list, Travelle Kitchen + Bar boasts a beverage program that highlights skillfully-crafted classic cocktails. Influenced by the romance of the digital age, architect/designer David Rockwell of the Rockwell Group creates a modern environment that conveys history, sophistication and nostalgia into the 124-seat restaurant and 81-seat bar and lounge that overlook the Chicago skyline and river. Located at 330 North Wabash, Travelle Kitchen + Bar is open seven days a week for breakfast, Sunday brunch, lunch and dinner.

For reservations or more information, please visit www.travellechicago.com or call 312-923-9988. 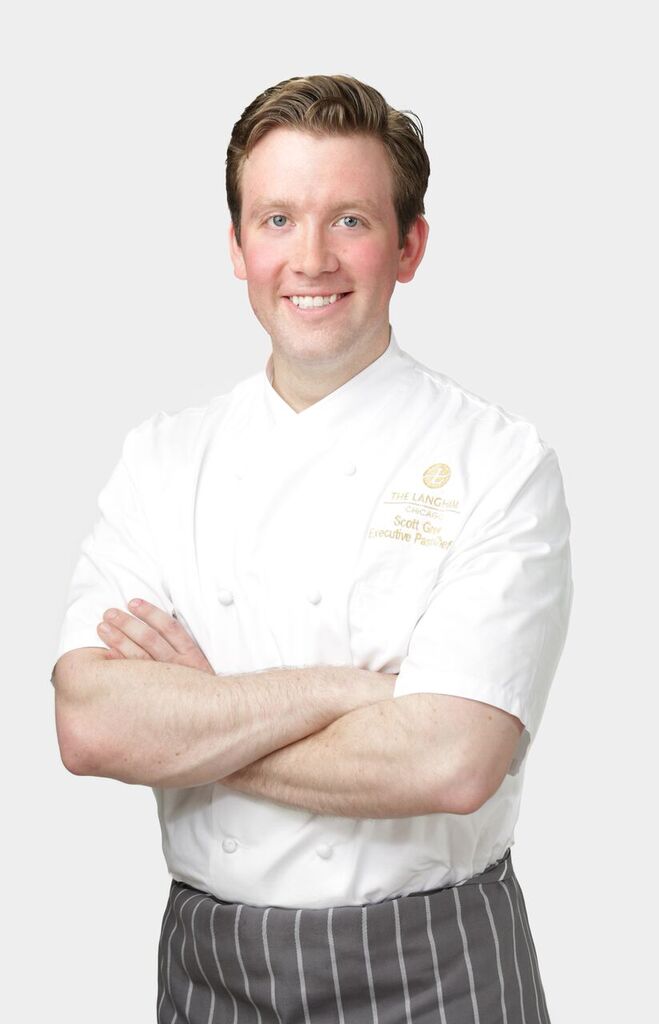 Award-winning Executive Pastry Chef Scott Green joined Travelle from The French Pastry School, where he served as a Pastry Chef Instructor. With more than XX years of experience, his professional and educational experience raises the profile for Travelle Kitchen + Bar’s pastry program. “My background in art and design has shaped the aesthetics of my desserts at Travelle,” Green says. “I approach the flavors and composition of a plated dessert as a form of art.”

A seasoned pastry chef, Green’s career spans several states and renowned establishments, including the Park Hyatt hotel in Chicago, Illinois, Executive Caterers at Landerhaven in Cleveland, Ohio, The Mid-America Club in Chicago, Illinois and Rolf’s Pâtisserie in Lincolnwood, Illinois. In 2004 Chef Green joined the pastry kitchen at the Four Seasons Resort in Carlsbad, California, ascending into the role as Pastry Chef. Following the Four Seasons, Green returned to his alma mater, The French Pastry School, as a Chef Instructor teaching in both L’Art de la Pâtisserie and L’Art du Gâteau culinary programs.

Chef Green has won several awards, including the Bronze Medal in the Food Network Challenge series, Pastry Daredevils. He won the Gold Medal in Dégustation Gold Medal and the Gold Medal overall at the 2011 National Pastry Team Championship. In 2012 he was awarded the Gold Medal in Dégustation and Silver Medal overall at the 2012 World Pastry Championship in Las Vegas. In 2015 he was a member of the U.S. Team that achieved the Bronze Medal at the Coupe du Monde de la Patisserie, the world’s most esteemed pastry competition, becoming the first U.S. team to reach the podium in a decade.

In addition to his previous experience, Chef Green holds a Bachelor of Science degree in Graphic Design from the Art Institute of California in San Francisco.