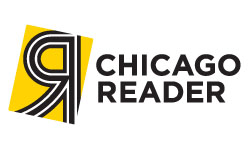 We at Baconfest Chicago beseech you, if you only watch one Baconfest Chicago related video ever, YOU MUST WATCH THIS VIDEO.  Granted, we’re biased, but it is perhaps the coolest thing we’ve ever seen.  Baconfest Media Sponsor The Chicago Reader teamed up with Yellow Wing Productions and MK Films to produce a short film that would pay homage to our city, Chicago’s favorite cured meat, and the festival that brings them together: Baconfest Chicago.  What came to be is an epic story of bacon infiltrating every day life, featuring cameo performances by Baconfest chefs and other Chicago characters.  This short film, directed by Ky Dickens (who is a GENIUS), is based on the principles of the Bacon Manifesto and forecasts the coming of a BACON-APOCALYPSE.  I’ll stop talking.  Hit play and prepare to have your minds blown.  Thank you, Chicago Reader, for giving us this amazing gift.

[tubepress video=”FRVrn28cNhI” length=”false” title=”false” views=”false”]
Non-ticket holders may get a little misty watching all that bacon falling out of the sky.  No fear, bacon apostles, you can enter the Reader’s “Best Bacon Anthem” competition!  For contest details, go here: Chicagoreader.com/baconfest
*****
From our friends at the Reader:

Behind-the-(bacon)-scenes of our Baconfest Video

Shooting the Bacon-noir Video produced quite a few memorable moments: Throwing pounds and pounds of bacon onto a car while Chef Chris Pandel (The Bristol) watched from inside. Their hands smelled like bacon for days. Meeting a Southie named Mark (in a Sox windbreaker and toting a conspicuous coffee mug) in Bridgeport when shooting the street art by CZR PRZ, and hearing him recite his favorite Reader classified from 1979. Standing on all the lights to keep them from blowing over on a particularly windy day with Chef Stephanie Izard at her restaurant, Girl and the Goat For more photos and updates, visit the Reader’s facebook page (tag). To win tickets to the fest, enter our contest!