During our video shoots, we tried to get the chefs to act macho and competitive about the Golden Rasher competition. We thought it would make good Baco-TV. But almost to a one, the chefs declined to crow and posture.

Giuseppe Tentori of Boka put it particularly well when he said, “It’s not really a competition. It’s fun. I’m just excited to see what the other guys come up with”.

That spirit of respect for the cook’s craft and respect for bacon as an ingredient made our event a special one. Every dish that was there was delicious; each one used bacon in a creative and exemplary way; each chef opened our eyes a little further to what is possible from our favorite smoked meat.

The winner of the Golden Rasher Judges Award was Chris Pandel of The Bristol, whose “breakfast braciole” endeared him to the judges’ hearts – his dish was simultaneously one of the most focused and one of the most complex entries with layers of bacon and pork fat mingling with bitter cavolo nero and unctuous breakfast sausage. 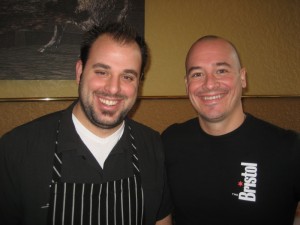 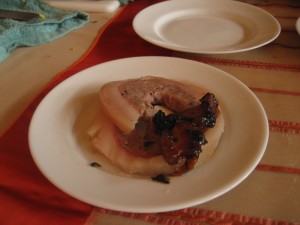 The winner of the Peoples’ Choice Golden Rasher was Troy Graves of Eve Restaurant. I think Mike Sula put it aptly in his recap: Graves won with a “pumpkin-bacon waffle and belly, whose fatty richness was offset with a judicious use of tart pomegranate.” 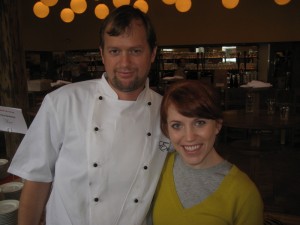 These guys may have taken home the trophies, but all of the chefs deserve great praise for their ingenuity and hard work.